Lockdown does not stop the magic 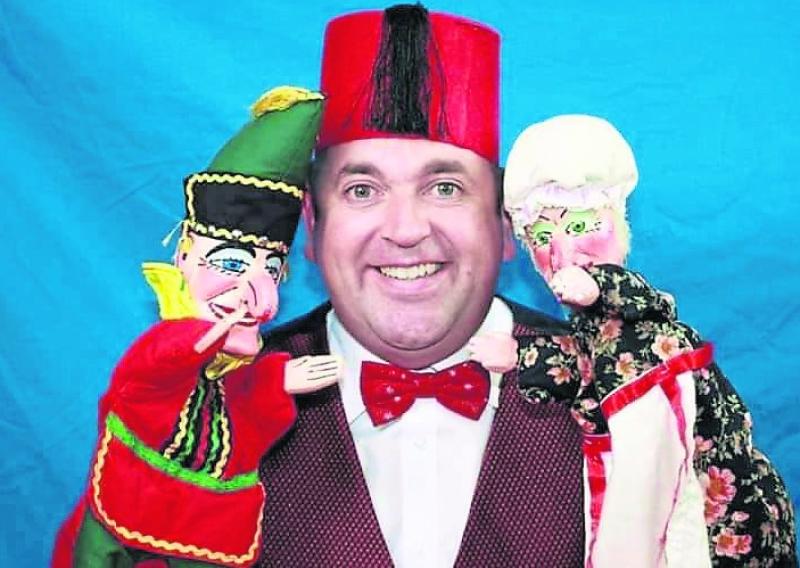 Parky the Magician's online shows have been very popular during the ongoing lockdown period.

Colin Parkhill, AKA Parky the Magician, was approached by the Long Tower Youth Club last week to do a live streamed Facebook show in an effort to keep their members spirits up while they are unable to meet.

"I've never done anything like this before, but I thought I'd take the bull by the horns and give it a go," said Mr Parkhill.

"It was the first time in my life I've done a show without an audience, but a few of the staff were there and they shouted encouragement to keep me going.

"My shows are very interactive so it was a challenge to me.”
Parky the Magician's magic show and Punch and Judy show at the youth club have now been viewed over 3,000 times.

"When we went live with the first show there were already 100 people watching and it jumped up to 500 within seconds," said Mr Parkhill.

"We had people tuning in from Cork, London and all over which was great to see.

"There was great feedback and it was nice for the wains because a lot of parties have been cancelled.

"After the show we go them to send in pictures of me with my ventriloquist's dummy Bongo to give them a nice activity to do and then there was a prize for the best one."

The LongTower Youth Club has live streamed lots of videos such as boxercise and storytelling.

Meeting needs
Joe Lynch, leader at Long Tower Youth Club, explained: "Our live stream entertainment is just one of the ways we are meeting the needs of young people at the moment.

"We also have an online platform called 'Stay Connected' where young people can engage and get support and we are creating care packs for young people too."

"It’s a great to help kids keep active while they are at home and dance is one of the best ways to get some exercise.

"As we all know that physical exercise is great for mental health."
Mr Parkhill, who has been running the Punch and Judy show at the Ulster American Folk Park for 23 years, says he hopes we might emerge from this crisis with a different attitude.
"My world just fell apart in the space of about two weeks," he said.
"I was expecting it, but the entertainment industry has been floored with this
"There's no First Communions taking place, no Easter events and nothing at the schools.
"I just hope that it might change people's way of thinking a bit and that after this is over they might think about shopping local a bit more."
To see the magic and other videos look up Long Tower YC on Facebook.