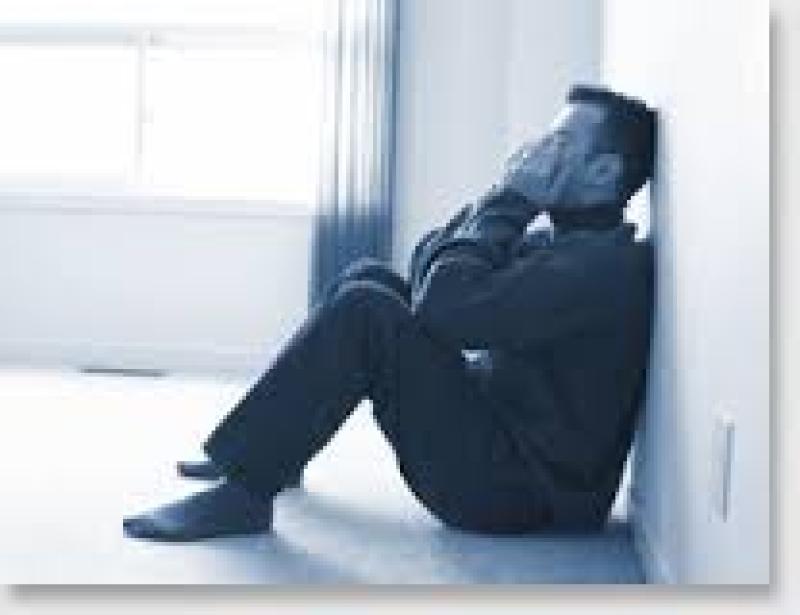 Analysis of Derry’s suicide prevention service has shown that it has helped almost 200 people in its pilot year prompting local councillors to call on central government to fund an enhanced service.

Their comments come after the Department of Health recently said it would not meet the £215k cost for the coming year and advised Derry City & Strabane District Council to convene a meeting to discuss other options.

However, it’s understood that Derry councillors are still of the view that the ‘life-saving service’ should receive Executive funding rather than falling on local rates payers.

The Psychology Research Institute at Ulster University conducted a detailed evaluation of the Community Crisis Intervention Service (CCIS), seen by the Derry News, and determined that it should be maintained with suggested improvements.

In the period from the opening of the service in January 2019 to the November 30, the CCIS has had 187 service users, with a relatively even split between male and female users.  It is likely that since then the number has risen to over 200.

Whilst Foyle Search and Rescue and the PSNI refer at risk individuals on to the service, evidence shows that of the 187 service users, 102 came to it themselves or via their family or a member of the community.

People experiencing a mental health crisis can be ‘fearful’ of a busy Emergency Department (ED) which ‘may only serve to exacerbate a crisis situation rather than resolve it’.  They want to avoid the ‘drama’ and stigma attached to going to the ED, and the perceived ‘coldness’ of the medical environment.

Service-users stated that they preferred the ‘warmth and therapeutic environment’ of the CCIS. They felt that the CCIS allowed discreet access to advice and help when it was most needed.

One said: “You could see how CCIS staff cared. It was genuine, it wasn’t forced. If I didn’t want to talk, I didn’t have to. I could literally sit in silence and wait until I was calmed down.”

The majority used no further services, at that time, with a further 17 individuals only requiring signposting to other non-emergency services.  “Only 45 individuals required liaison with other emergency services such as the Emergency Department, PSNI or FSR,” the report says.

It is made clear that the authors of the report, Dr Edel Ennis and Dr Emma Walker, believe the service to be ‘cost effective’ and service users valued non-clinical and individualised intervention.

Suggested improvements were the need for extended opening hours, greater awareness of the service and more collaborative working between partner organisations.

Amongst various recommendations, the report highlighted that funding decisions should take account of the need for continuous training of staff, the establishment of partnerships among referral agencies to allow provide follow-up care for service users and to develop the management of individuals who experience frequent crisis situations and present to services.

The Northern Ireland government has committed itself to improving the mental health of its citizens in the New Decade New Approach document and the Protect Life 2 suicide prevention strategy.

These include recognition of the fact that 72% of the people who die by suicide have not been in contact with formal mental healthcare services in the 12 months preceding their death.

Representatives in the city therefore believe there is an onus on the Executive to provide funding to, not only maintain the CCIS in the city, but to enhance it.

Independent Councillor Gary Donnelly said it is an ‘absolutely vital service’ particularly at the moment when there are ‘huge gaps’ in mental health provision.

“People fought long and hard for it and there’s no doubt it has saved lives, to remove it would be a huge step in the wrong direction.”

SDLP Councillor Brian Tierney echoed those views saying it is very much needed for the ‘most vulnerable’ people across the city and district.

His party believes the service should be ‘enhanced’ and that the burden should not fall on local rates payers but on central government.  “Figures show how successful it has been in assisting people, so we will be kicking the door of government to secure funding.

“People have fought hard for it and when a service like this goes away it is hard to get back.”

Sinn Féin Councillor Aileen Mellon also called on the Executive to fund CCIS. “Everyone is of the same mind, that this service shouldn’t be an afterthought or a temporary measure.  It has to be made a real success.

“People worked very hard to get it and don’t want to see it go.  The analysis shows it has worked and speaking to CCIS and FSR volunteers they’ve said the same.  It should not be underestimated how valuable it is.

“People are dependent on this service and if it saves one life it is worth it.  Such an important issue within the city should be made a priority.”

The CCIS has saved lives in its pilot year, according to CCIS and FSR staff and volunteers.

It provides a ‘safe space’ for those in crisis from 8pm on Thursdays until 8am on Sundays when many other services are not operational, and is run by Extern NI from the Holywell Building on Bishop Street.

Service Co-ordinator, Joe Thompson, wholeheartedly believes it has been life-saving in that time.

The Health Minister granted bridge funding to run until the end of March 2020, however, additional funds have been requested to run an enhanced service moving forward.

If you feel in crisis and need support or if you have observed someone who is in distress and may come to significant harm through self-harm and suicidal behaviour please call the Community Crisis Intervention Service on: 028 7126 2300