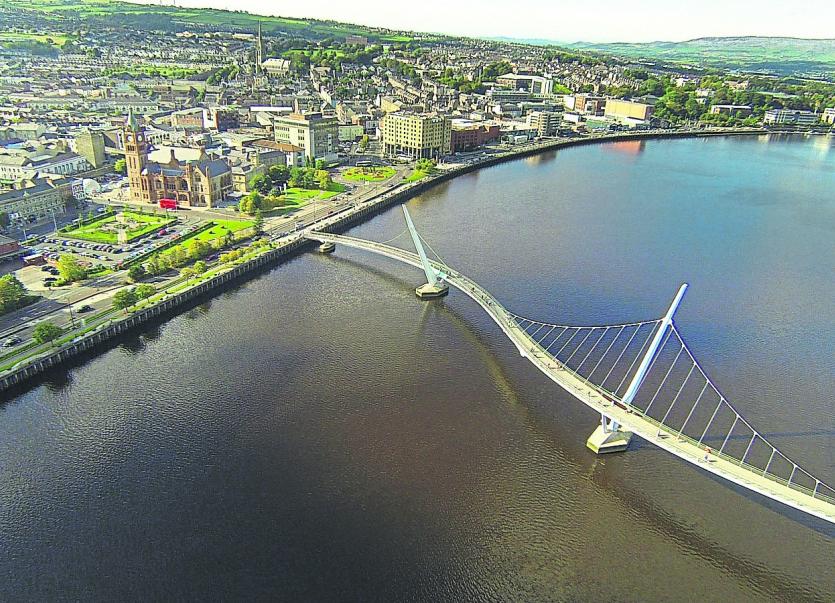 Coronavirus could have a ‘devastating’ impact on the local economy and potentially lead to business closures in Derry, a local councillor has warned.

The comments were made at Tuesday’s meeting of Derry City & Strabane District Council’s Business and Culture Committee after a decision had been made earlier in the day to cancel the St. Patrick’s Day parade.

SDLP Councillor Shauna Cusack, put forward a proposal in relation to coronavirus which she said ‘will affect the city and district’ and have ‘implications’ for local businesses.

She added that it is central government’s duty to protect peoples’ jobs during this period of ‘uncertainty’.

“This could result in job losses and business closures,” Cllr Cusack said. She proposed writing to the Executive, particularly the Finance Minister, to seek funding for small and medium-sized enterprises as a matter of urgency.

Contingency fund
Her party colleague, Rory Farrell, seconded the proposal for a ‘contingency fund’ saying that coronavirus will have a ‘devastating’ impact on health and the economy.

This week in the Republic of Ireland a three billion euros relief fund was announced to assist the health service, help at-risk businesses and to change the rules around sick pay for those who need to self-isolate. Cllr Farrell suggested a similar package was needed in NI.

Sinn Féin Councillor Sandra Duffy believed it better to broaden the proposal to contact ‘all relevant ministers’ and the British Treasury for a ‘corona relief fund’, particularly to protect workers on zero-hour contracts.

“It should be coming from the Treasury as Stormont budgets are already under severe pressure.”

A temporary VAT reduction was also sought for the tourism and hospitality products to mitigate against the financial impacts of coronavirus. Those amendments were supported by councillors.

Emergency
People Before Profit Councillor Shaun Harkin said British Prime Minister Boris Johnson should be immediately called on for an emergency relief fund and if he ‘dilly dallies’ then Stormont must act.

“People on zero-hour contracts and the gig economy need protected, it should include mortgage relief and it needs to be coordinated North and South. Businesses shouldn’t be allowed to dictate the response to this,” he added.

Meanwhile, DUP Councillor Graham Warke said they have to plan for the worst and work for the best. He questioned why the council was sending ‘another letter to Stormont’ as ‘we have ministers who can raise these issues’.

“The person at the sorting office on the Strand Road must be up to their eyes,” he said.

A council official provided an update on the coronavirus and said ‘serious meetings’ will be taking place next week where decisions will be informed by the latest information available. Decisions will be taken in an ‘appropriate and timely’ manner, he explained.

Cllr Duffy thanked council officers who have been working hard to organise the St. Patrick’s Day festival for the past year. The decision ‘wasn’t taken lightly’ but on ‘best advice’.

Her sentiment was echoed by Cllr Farrell who described St. Patrick’s Day as one of the highlights on the Derry calendar. He concurred that the right decision was made as public ‘safety’ is of primary concern and ‘hoped’ that other events would not have to be cancelled.

Councillors voted unanimously in favour of the proposal.

Woman barred from Tesco over £6.20

CORONAVIRUS LATEST: Over 300 Altnagelvin Hospital workers off sick due to coronavirus

Ann Whelan pictured on oxygen in her hospital bed.

Some of Aodhan Curran's previous sketches.