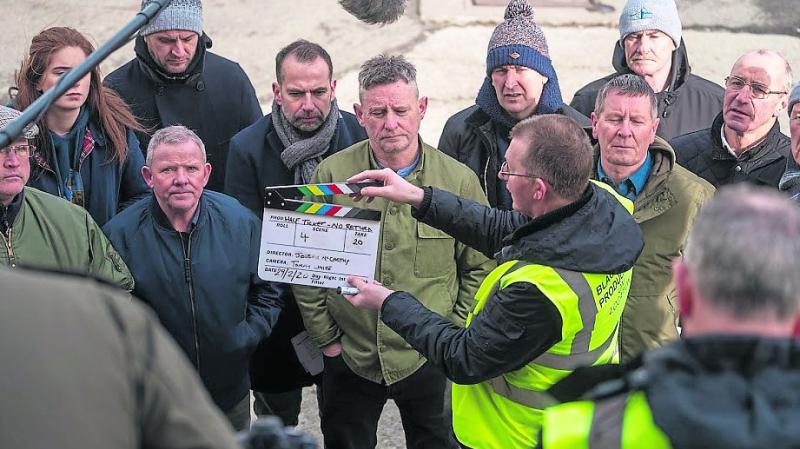 The Black North Productions team shooting a scenes from thier third film, 'Half Ticket - No Return.'

A Derry independent film company which has launched a 'Short Film Series' is looking for local young people to feature as 'extras' in future productions.

Black North Productions have grown in both recognition and stature within the last four years and almost 3,500 people have viewed their two most recent films on YouTube – 'Wish You Were Here' and 'Right Reasons for Wrong.'

The third film in their Troubles’ Trilogy, 'Half Ticket- No Return.' will be partly funded by the Waterside Credit Union through their Community Programme.

The film deals with important topics such as suicide, drug addiction and homelessness and is due for release in June this year.

Black North are seeking up to 100-plus young people as extras for a music video that they will be shooting soon and for a school based film in September.

They can be contacted through their Facebook page or by emailing jmacbnorth@google mail.com.

The school-based film revolves around 'Saint Saviours Secondary School' and important issues such as bullying, autism and Down Syndrome are dealt with in this intriguing and innovate short film.

Rehearsals for all forthcoming productions take place on a rolling basis at the Derby Bar in Great James Street and the company would like to thank the management of the Derby Bar for their ongoing support and Waterside Credit Union for their generous financial donation.