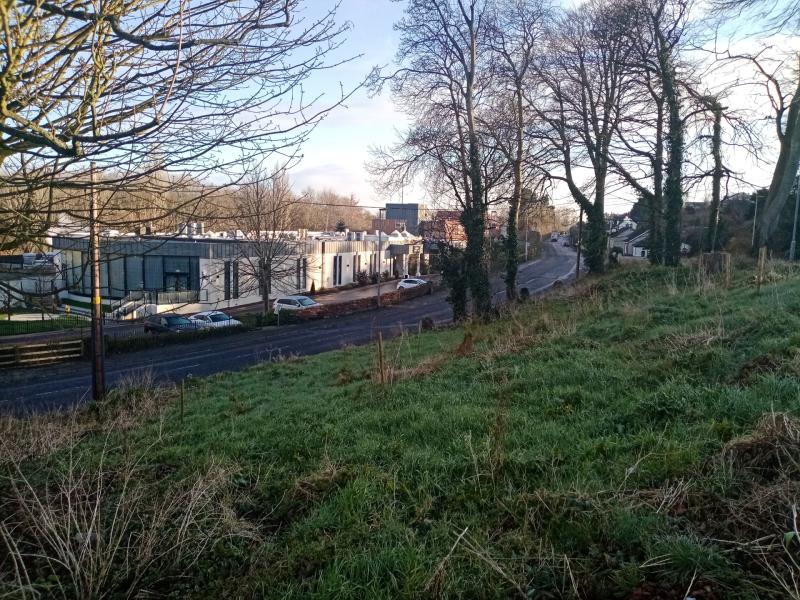 Local representatives have approved a planning application for a house in the Prehen area despite planning officials recommending it be refused.

The application was for the construction of one detached split-level dwelling with carport and garden store.

It came back for reconsideration after the Committee voted at a September 23, 2019, meeting to not accept the officer’s recommendation to refuse.

The two fundamental areas for consideration were the protection of the open space and the impact upon the protected trees within the site.

At last year’s meeting, members of the committee were of the view that this site ‘did not appear’ as open space of any particular value, however, planning officers said it does not have to in terms of the policy to avail of the significant protections.

A total of 25 letters of objection and 10 letters of support were received in relation to the application. Two non-committal letters were also submitted.

Objections lodged stated that this is a woodland space with mature trees, some of which have protected status and should be retained.

The site ‘provides recreational use’ and the proposed modern dwelling does not reflect the style of the adjoining houses.

Other issues cited are flooding on Victoria Road and Hazelwood Avenue and congestion and site traffic during construction.

The applicant said it is not a recreational space and there will be ‘no harm’ to the natural environment.

Planning officers recommended that the proposal be refused as it is contrary to Open Space Sport and Outdoor Recreation planning policy and the Strategic Planning Policy Statement.

They believe the development would, if permitted, have an adverse effect the character and environmental quality of the surrounding area through the loss of an important and well established urban woodland green space.

An Arboricultural Impact Assessment was carried out to determine any adverse impact on the trees. The report supports council officer’s initial recommendation that there was insufficient information on the plans to demonstrate the proposed scheme ‘would not’ have a detrimental impact on the TPO site.

Speaking at the meeting, Arboricultural Consultant Dr Philip Blackstock said he believed the trees were not under threat.

DUP Alderman Hilary McClintock said that during councillors site visit they saw the footprint of the proposed building marked on the ground and there didn’t seem to be any incursion into the area close to the trees.

She referred to information provided about open spaces and community benefit, and asked how that would be measured.

Head of planning at the council, Maura Fox, informed members that it would normally involve a social housing or a community centre for example.  And in her view this proposal wouldn’t be considered of substantial community benefit.

Committee Chair, Christopher Jackson, believed the ongoing maintenance of trees on the site would be of benefit to the community as one fell close to the site last year.

People Before Profit Councillor Shaun Harkin said the community was divided on the issue.  A number of people living there don’t see the benefit and there is an investigation into one of the trees taken away.

He believed the site wasn’t suitable for a build and wondered how often airtight language contained in the report would be overturned by councillors.

Ms Fox said she couldn’t comment on the ongoing enforcement action at the site with regards to the removal of a tree for which there was no consent.

Alderman McClintock proposed approving the application as there was nothing that made her change her mind from the last time.  That proposal was seconded by SDLP Councillor Angela Dobbins.