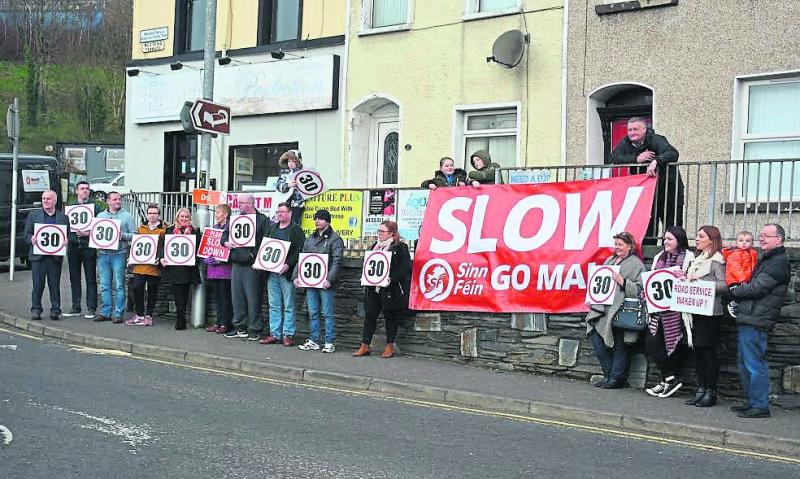 The Department of Rural Development has been called on to take 'immediate action' to prevent a serious collision at one of Derry's busiest road junctions.

The call comes from Sinn Féin Councillor Patricia Logue who says 'urgent repairs' were needed at two of the painted minor roundabouts at junction of Elmwood Terrace/Westland Street/Laburnum Terrace and Eastway.

Pointing out her party has been undertaking an ongoing road safety campaign in the Bogside and Brandywell for the last ten years, Cllr Logue said a number of motorists were driving through the junction 'at speed'.

She said: “I have been contacted by local residents and motorists concerned that the markings on the roadway are badly worn away and many drivers simply don’t see the roundabouts and are driving straight through the junctions.

“You only have to stand at the junction for a few minutes to see the number of near misses.

“It’s amazing the amount of vehicles that actually travelled through it be that cars,vans, buses and lorries.

“This is a very dangerous junction coupled with the fact that some drivers are merging onto these roundabouts in excess of the speed limit.”

Cllr Logue concluded: “I would appeal for motorists to take due care and attention whilst travelling through the area.”