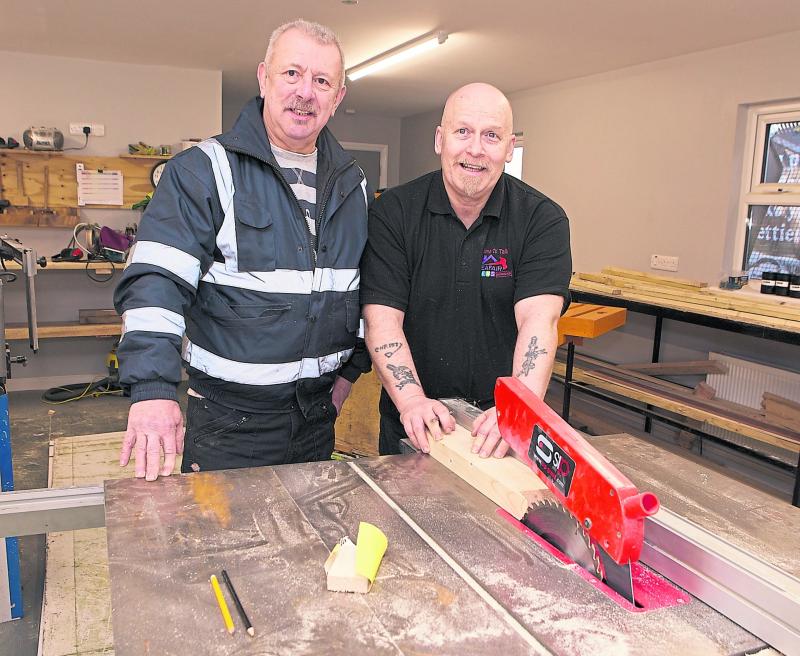 Gerry McLaughlin and Christy Brown in the Men's Shed.

A Derry cancer survivor, who says his life was saved by having a health check at the Leafair Community Association, has spoken of his delight at the group being awarded over £360,000 National Lottery funding.

Helping break the stigma of mental health by empowering people of all ages to lead fuller, healthier lives, Leafair  Community Association has been a 'lifeline' to those in the Greater Shantallow area over the last 25 years.

Now, thanks to a £361,900 grant from the National Lottery Community Fund, the group can expand their services to support  isolated men in the community engage in activities to improve their mental health and well-being.

The funding is part of a roll-out of more than £2 million across Northern Ireland with almost £400,000 going to the Derry area.

Overall, 46 grants ranging from £500 to £500,000 have been awarded to a range of projects including those that support children with cancer,  help people with disabilities become more independent and bring people together through events like a  community cinema or a ploughing match.

Leafair has previously received smaller grants of National Lottery funding over the last 20 years to improve the health of all the community,  but this latest round will specifically target men in the area and improve their mental health.

For two local men the services offered by the group have been life-saving.

It was during a health check MOT which are offered twice a year at Leafair, that Gerry McLaughlin discovered he had early stage prostate cancer.

Gerry had been attending the group for over four years and it was during a routine check-up in September 2019 that nurses expressed concern about his blood pressure. After seeking further medical advice and having multiple MRI, CT scans and biopsies, it was confirmed that Gerry had prostate cancer.

A devastating blow to the 65-year-old.

But ever since his diagnosis, the Culmore man has praised those at Leafair for 'saving his life' and being a constant source of support throughout his tough journey.

“Only for getting the tests done at Leafair I wouldn’t have been any the wiser. I didn’t feel sick or unwell at all, they don’t call it the silent killer for nothing,”  said Gerry.

“A cancer diagnosis is a very difficult thing to go through and Leafair has been a tremendous help for my mental wellbeing ever since finding out. I’ve struggled with my mental health before and this group has been amazing at helping me through that.

“Since my diagnosis five months ago I have undergone radiotherapy and in six months’ time I will know if this has worked or whether I need more. Leafair has been a great distraction for me during all of this.

“I enjoy every day I come in because there’s no pressure here and there’s activities to suit everyone. If I wasn’t going along to the group, I would be sitting in the house overthinking everything and my depression would only be getting worse and worse.”

Leafair currently offer youth engagement and development programmes, sports and recreational programmes and a luncheon club for over 50s.

They are using  the  £361,900 grant to develop a  ‘MALE: Men: Active, Learning and Engaging in the Community’  programme to introduce isolated and disengaged men in a wide range of community, social, learning, economic and cultural activity. The money is being used to set up a Volunteer Shed as well as  hosting  employability training and taster sessions  to  increase skills  and  address c onfidence,  isolation and well-being issues.

Christy Brown, who has been a member of the group for the last ten years, said he is delighted about the funding boost, knowing first-hand the huge benefits Leafair can have for local men.

It was back in 2015 that he discovered a cancerous lump under his arm, which within just one week, had spread to his stomach and bowel.

A taxi driver by trade for over 30 years, Christy’s world was turned upside down following the diagnosis. But thankfully for Christy, Leafair was there to help him through one of the 'darkest times' of his life.

“A diagnosis like that brings you to your knees, it has a huge impact on your mental health. The best thing that ever happened me was joining Leafair, they carried me through my journey and helped keep my mind occupied. If I wasn’t coming to the group every day I’d be sitting in my house thinking about what tablets I need to take and focusing on all the negatives.” 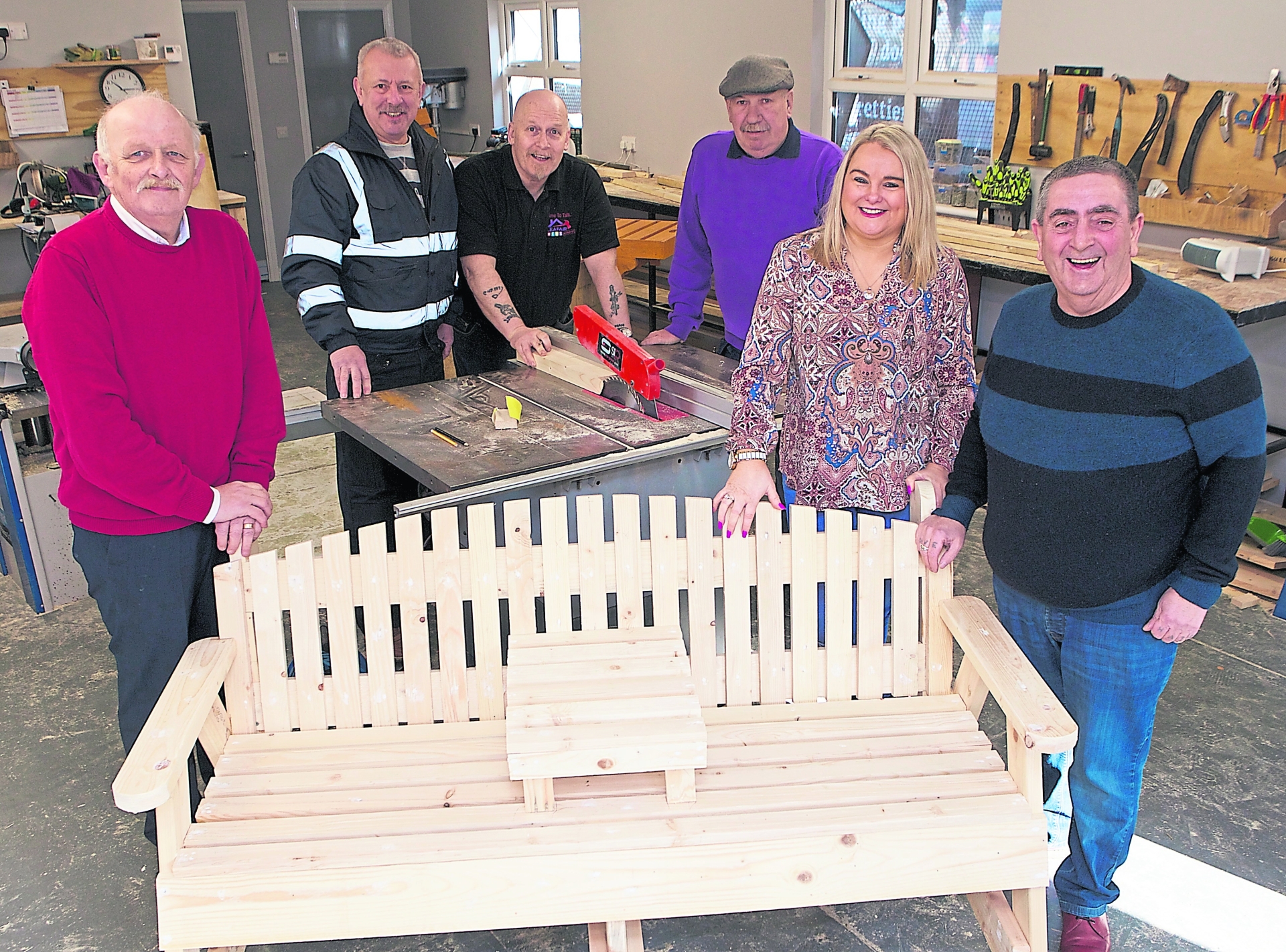 Now in remission four years, the 58-year-old praises Leafair for being a 'lifeline for local people when they are most in need of it'.

Peter McDonald, manager of Leafair Community Association, said;  “We often find that men retreat to their homes and don’t want to admit they are suffering, thinking it’s better to just keep everything to themselves but this can have really bad repercussions.

“Leafair offers these men the support they need to live fuller, happier lives.

“We have men coming from all backgrounds whether it’s depression, mental health, addiction issues or marriage breakdowns. This group gives them a sense of belonging, a safe place where they can engage with other men who are going through similar situations, and a chance to open up and talk.

“At Leafair health and well-being are our priority, and the MALE project will get local men engaged in activities, whether its sporting, woodwork or volunteering within the community, to prove that there is more to life than staring out your window.”