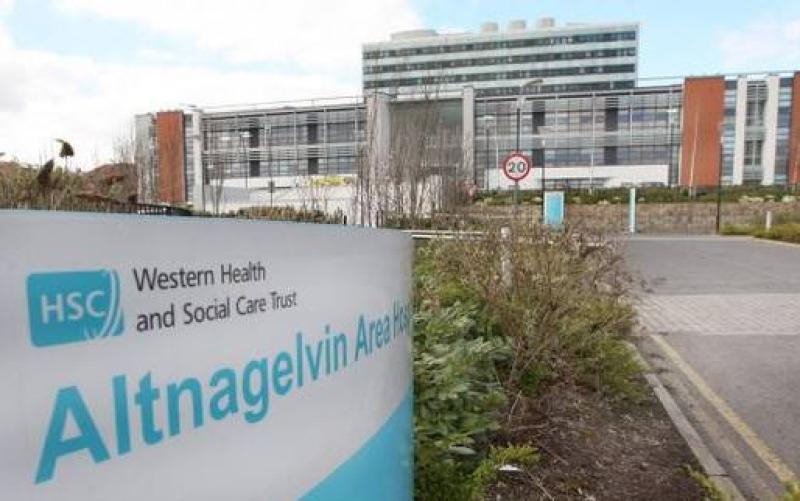 The Western Trust has been given a “promise” of additional government funding where evidence can be provided of a unique need in the area.

The comments were made by Mr Neil Guckian, Director of Finance & Contracting at the Western Trust, during a media briefing on the Trust’s financial recovery plan at Altnagelvin Hospital on February 21.

At the meeting he provided some background, saying the Trust has a budget of around £700m which amounts to a daily spend of just under £2m.

It is the biggest employer in the region with approximately 12,000 staff members and takes its “responsibilities as a local employer very seriously”.

Challenges come in the form of urban deprivation but also in delivering community services across rural areas within the Western Trust.

There is a need to meet changing demographics, the older population in Derry and the wider Western Trust area is growing, with a 27% increase predicted in those aged 65-84 years and a 39% increase in the 85+ age groups by 2028.

“An 85-year-old consumes 11 times the health and social care resources as a 55-year-old,” Mr Guckian said.

The under 16 population is decreasing but there are increasing numbers of looked after children.

In addition, five of the most deprived areas in Northern Ireland are in the Western Trust with one in four people living in poverty.

“One of the unique things about Altnagelvin is we have more level 1 and 2 deprivation categories – the most deprived – which is the highest proportion in NI.”

Last week the Derry News revealed that the Trust has implemented a “recovery plan” to address a £39m deficit over a three year period.  It has now been reduced to around £30m.

Of that total, £20m is a direct consequence of cuts over the past six years and the remaining ten is due to investment in additional staff because of safety concerns or service growth, and the extra cost of delivering existing services such as locums.

Mr Guckian said the Trust has had a “rocky patch” in terms of finances over recent years.  “Going back 12 months the Trust agreed a recovery plan with the Department of Health.”

“This is special from a financial perspective in that we’re being given space for three years and provided we’re making progress and taking our finances seriously, we will get space in which to implement a sensible plan.

“We’re the only Trust in Northern Ireland to have a recovery plan so that makes it special.

“It’s a positive thing for the Trust, it’s not without its challenges, in terms of extra oversight from the permanent secretary every couple of months.

“We’re the only Trust trotting up to meet the permanent secretary every two months about our finances and it is an eyeball to eyeball meeting with myself and the Chief Executive to explain how we’re taking it seriously and we’ve been passing that test so far.”

The Trust has been given a “promise” of additional funding if it is able to provide evidence of “unique” need in the west.

Attracting and retaining specialist staff west of the Bann has proven “a real challenge” but it is hoped that the delivery of the proposed medical school will be a “massive boost” and ease the burden in terms of the recruitment of junior doctors.

He acknowledged pressures facing the Emergency Department at Altnagelvin and longer hospital stays.

Four quadrants are being looked at, finances, a sustainable workforce, performance and efficiency, and safety and quality.

The Trust is coming to the end of the first year of its recovery plan. “We have achieved £8m worth of savings, £7m towards our recovery plan and £1m in relation to pharmacy savings.

“That is the highest we have ever achieved and we have identified opportunities for years two and three,” Mr Guckian added.

Those “opportunities” include reducing locums costs, with over £20m spent according to the latest figures.  It will try to address “expensive nurse agency” costs, attempt to repatriate expensive placements for children outside of NI by bringing them back closer to their families and also look at domiciliary care contracts.