Secretary of State challenged on 'massive' spending bid for Derry 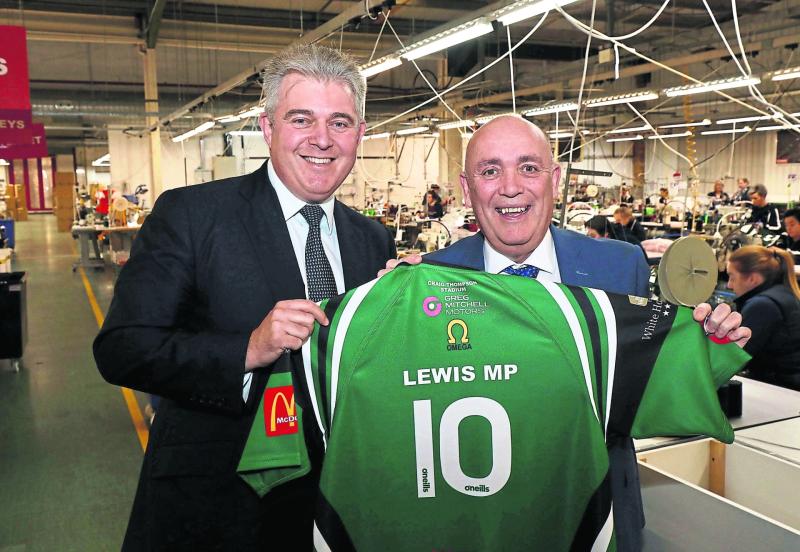 Brandon Lewis was making his first visit to the city since taking up the post during which he met a number of groups as well as the Mayor, Michaela Boyle, and John Kelpie, chief executive of Derry City and Strabane District Council.

His first meeting of the day was with the Unity for Purpose group, a cross-community body involving politicians, business and community leaders from across the city.

One of those at the meeting was SDLP leader, Foyle MP Colum Eastwood.

Afterwards, Mr Eastwood revealed Mr Lewis was challenged on a number of issues.

Speaking to the Derry News, the Foyle MP said: "We have been under-invested for many years.

“We secured the investment for the medical school during the recent talks and that now needs to be delivered and signed off.

"But we also need massive infrastructural spending across the island of Ireland, particularly in the North West and an investment in the university to make sure we can finally see the opportunity of our economy here and keep our young people in the city.

"There are other issues, as well - the British Government support the idea of 'free ports.' Derry would be an ideal place for a 'free port.'

"Our port here, Foyle Port, provides a massive opportunity to create massive economy investment and jobs in this area. I think that it would be a great first step for this Secretary of State to argue for in capital."

She said it was impressed on Mr Lewis it was imperative the British Government kept to the promise of its commitments towards Derry contained in the New Decade, New Approach document.

She added: "I pointed out to him the need for delivery of the financial investment promised in the document to the expansion of Magee and other projects that have been neglected for decades.

"While non-committal on delivery or time frame of additional money, he said that he would look at the issues in a positive light.

"Sinn Féin will be keeping an eye on these issues and will keep the pressure on him to ensure that these projects are not once more put on the back burner."

Speaking briefly to the media outside the Guildhall, Mr Lewis said there would be 'no border' down the Irish Sea following Britain's withdrawal from the European Union.

However, he refused to be drawn on his stance on immunity from prosecution for British soldiers.

He said: "We always said there will not be a border down the Irish Sea, there'll be unfettered access to business."

Refusing to say if he supported an amnesty for British soldiers, Mr Lewis said: "We want to make sure there are no vexatious claims and we will be coming forward with some proposals for that in due course."

Questioned if he believed prosecutors were responsible for pursuing vexatious claims, he again declined to be drawn.