£10,000 funding up for grabs for five best new business idea 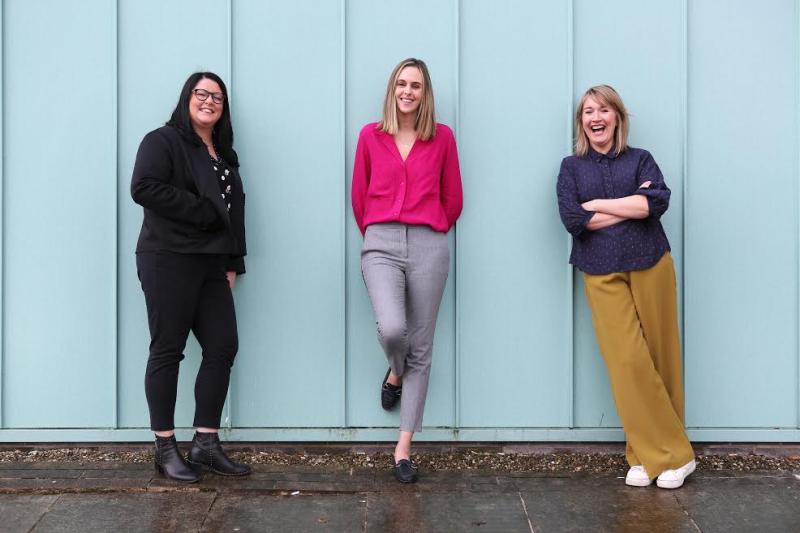 A new programme launched in Derry yesterday aims to tap into the North West’s talent base and encourage more people to get involved in start-up ventures.

Based at Catalyst Innovation Centre at Fort George in Derry, Co-Founders is a part-time programme for first time entrepreneurs and early stage start-ups that takes place one night a week for 10 weeks.

The programme brings together talented, skilled and ambitious individuals from technical and commercial backgrounds, to meet like-minded people interested in developing new product ideas focused on technology, engineering and science.

Since launching in Belfast in 2017, Co-Founders has delivered four cohorts involving 170 people who formed more than 50 teams - over 20 of whom are still working together. Twenty teams have received Proof of Concept funding, and eight teams have progressed to the full-time Propel pre-accelerator programme.

Co-Founders has attracted software engineers, data scientists, sales and marketing experts, medical professionals, mechanical engineers, researchers, undergraduates and PhDs as well as people who have experienced a problem in a certain industry or from everyday life and want to develop a product to solve it.

Participants in the new North West programme will have the added incentive of being in the running to win one of five £10,000 proof of concept grants from Innovate UK, the government’s innovation agency, which will be awarded to  five teams with the best developed ideas at the end of the programme.

Sonya Kerr, programme manager of Co-Founders, said Catalyst was hoping to attract 80 to 100 people from Derry, Letterkenny and across the North West to sign up.

“We know there is a wealth of talent in the North West and a lot of people who have great ideas or are restless to try something new, who will really benefit from meeting others with different skills needed to build a start-up that they wouldn’t normally have a chance to meet,” she said.

“Teams on Co-Founders are willing to try something different, meet new people and stretch themselves.  We certainly don’t expect everyone to leave their jobs immediately and create a start-up but by helping people validate their ideas and build teams, it becomes a real option for many.”

For example, of the nine teams who completed Catalyst’s first Co-Founders programme, three are still together and two have received over £100,000 in funding to build and launch their products.

While on the programme, Co-Founder teams get access to co-working space within Catalyst to allow them to grow their own networks.

Applications are now open for the programme at:  wearecatalyst.org/programmes/co-founders/

The deadline for applications for the North West programme is Wednesday, March 11.