Keeping it local for Derry's Femme Sesh for Pride

Derry Pride organisers are keeping this local for their International Women's Day celebrationby bringing together the finest female talent from Derry and Donegal for a big, all singing, all dancing Femme Sesh for Pride. 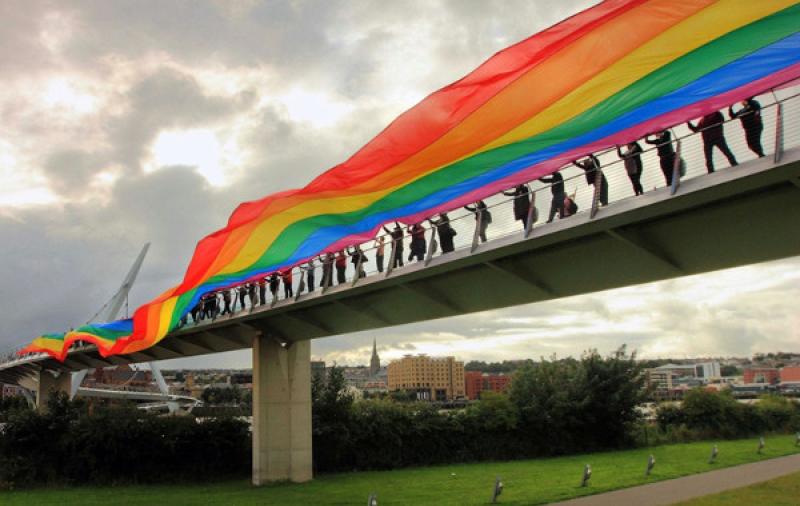 Derry Pride organisers are keeping this local for their International Women's Day celebrationby bringing together the finest female talent from Derry and Donegal for a big, all singing, all dancing Femme Sesh for Pride.

Hosts Madonna Kebab (ar an Tábla, Ping Pong) and Thrann Leeann (Spásógs) will be taking a break from their femme trails escapades to entertain, taunt and delight in equal measure.

The stellar line-up for the six-hour music marathon for the night includes the Henry Girls, possibly the busiest Donegal sisters in the music business.

Karen, Lorna and Joleen McLaughlin have been mesmerising audiences across the globe with their beautifully crafted music, expert playing skills and heavenly voices.

Also taking part will be duo Blackbird & Crow, aka Maighread Ní Ghrasta and Stephen Doohan, who are probably best described musically as Celtic folk blues with a punk attitude.

Their style, delivery and energy is infectious, leaving an army of foot stomping audience members across the country wanting more agus níos mó. Maighread is a force of nature to behold on the stage and her commanding vocals bear the distinctive tone a cainteoir dúchais.

Also taking to the stage will be Derry-based Indie-folk artist, Reevah (AKA Aoife Boyle), who has supported acts such as SOAK, Lisa Hannigan, Wyvern Lingo,and Duke Special and has played at various events such as Other Voices, The Ruby Sessions, Output Festival, BBC Fringe Festival and Stendhal Festival.

Sisters Jeanette and Noella Hutton have combined their bombastic voices and tremendous talents and present. Blood. Both sisters regularly grace local, national and International stages as solo artists and have played with many musical heroes including Boy George, Sinead O'Connor and Chrissie Hines. These two sisters promise to raise the roof with their fusion of soul, folk, blues and rock.

Since returning to Ireland after years of playing in New York, Tara Gi plays a hybrid of folk, rock, indie and traditional music with a distinct style that sets her apart.

She lives and works in Falcarragh in Co Donegal and her music deals with political issues such as gender and class inequality as well more personal and fanciful subjects.

The Stray Kitten moved to Ibiza in 1997 and has played at a long list of well-known venues on the island of Ibiza (SPACE, Privilege, Manumission) as well as various parties in London, Germany and the USA.

Her musical selections are always an eclectic mish-mash of styles and sounds, from hip-hop to rock 'n' roll and everything and anything in between.

The event, being staged as a fundraiser for Foyle Pride, is taking place in Sandino's on Saturday, March 7. Doors open at 7.30pm and the show will start at 8.30pm sharp. Tickets can be purchased at the door... early arrival advised.