The SDLP has called for increased multi-agency working to address flooding in Eglinton and surrounding areas. 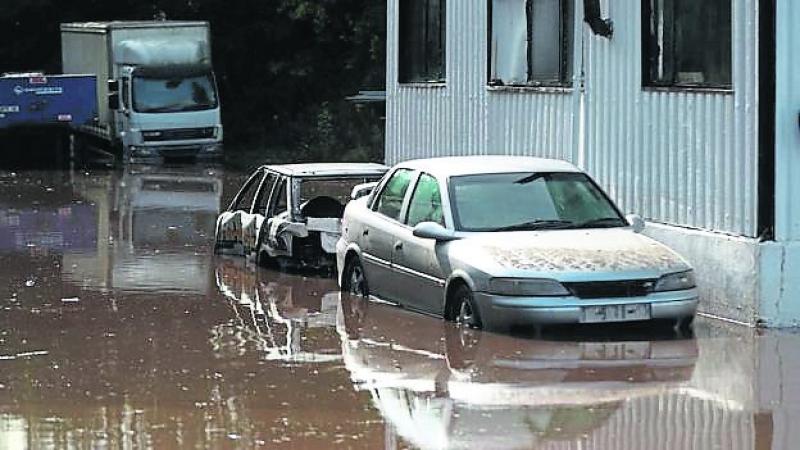 The SDLP haS called for increased multi-agency working to address flooding in Eglinton and surrounding areas.

Mark H Durkan MLA has received assurances from the Department for Infrastructure that proposals set out in the Eglinton feasibility study were currently being progressed.

His party colleague, Councillor Jim McKeever, who has been on the ground assisting residents following a weekend of heavy rainfall, has called for urgent remedial action to ensure raw sewage does not enter homes in the Granchester Park area.

The councillor for Faughan said: “Residents have been provided with sandbags as a precautionary measure at the weekend.

“However, some gardens within the Granchester Park area have been flooded as a result of heavy rainfall. And although water has not entered into homes, the seepage of raw sewage into the gardens and laneway is of huge concern.

“Both the Rivers Agency and Environmental health were out this morning to ascertain the source of the problem. NI Water have also been contacted to investigate possible issues with a nearby pumping station and I’ve been informed that they will also endeavour to have the area cleaned this evening.

“Considering this area is in close proximity to a local school I hope this matter is treated with utmost urgency. I will of course, keep residents updated on the outcome of this assessment.”

Mr Durkan said the 'protracted and indeed perennial' issues with flooding in Eglinton and the surrounding areas requied a long-term co-ordinated strategy.

He added: “I am pleased the Department for Infrastructure have been able to provide an update on the flood defences proposed for Eglinton and Drumahoe.

“This is a vital piece of work given the devastation witnessed here in 2017 and the impact on people's lives and livelihoods.

“This scheme involves the construction of approximately 2,700 metres of flood defences and a range of smaller mitigation measures. I hope this crucial work can be progressed without further delay and hope to keep residents informed on specifics e.g. timeframes, going forward.

“In addition, I am seeking to have a thorough investigation into the situation at Coshquin, where residents are living in fear every time there is heavy rain. We must deliver peace of mind for people living in areas prone to flooding, to ensure that all possible protections are in place. There must never be a repeat of the profound and lasting distress caused by the deluge of August 2017.

“Any residents who require further assistance should contact our offices.”