Lifetime award for 'Mr Fix It' of Derry's pub trade

A well-known Derry pub owner has been honoured for his commitment to the industry. 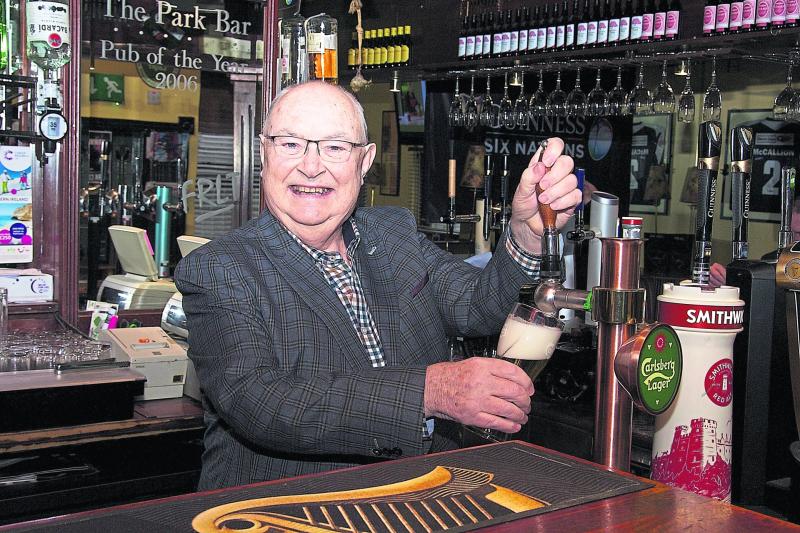 Joe McDermott who has owned the Park and Phoenix Bars for many years. (Photos - Deirdre Heaney, nwpresspics)

A well-known Derry pub owner has been honoured for his commitment to the industry.

Joe McDermott, owner of the long-established Phoenix and Park bars in Derry, was presented with a Lifetime Membership Award at the Hospitality Ulster Awards in Belfast's Crowne Plaza Hotel last week.

It is the first time the Belfast-based organisation has given out the award, which recognised  Mr McDermott's years of service and his dedication to driving forward industry standards.

Mr McDermott bought the Phoenix bar in Rosemount in 1977 and the Park Bar beside St Eugene's Cathedral in 1985.

He described his role as 'behind the scenes' as he was working as a chartered accountant at the time and spent 20 years with the Western Health and Social Care Trust as Assistant Director of Finance.

The bars were developed by his wife Eileen and went on to employ over 50 people between them over the years.

After joining Hospitality Ulster in the early 1980s, Mr McDermott became National Treasurer, a position he held until his retirement in November 2019.

"I went up to the ceremony with some of my family but I didn't know anything about the award until it was announced," he explained.

He said it was an honour to be a voice for publicans and hoteliers in the North West for all these years, but that a lack of investment made conditions difficult for the hospitality trade.

"Derry has suffered from a lack of development over the years and it has been neglected by government.
"The infrastructure hasn't been developed. 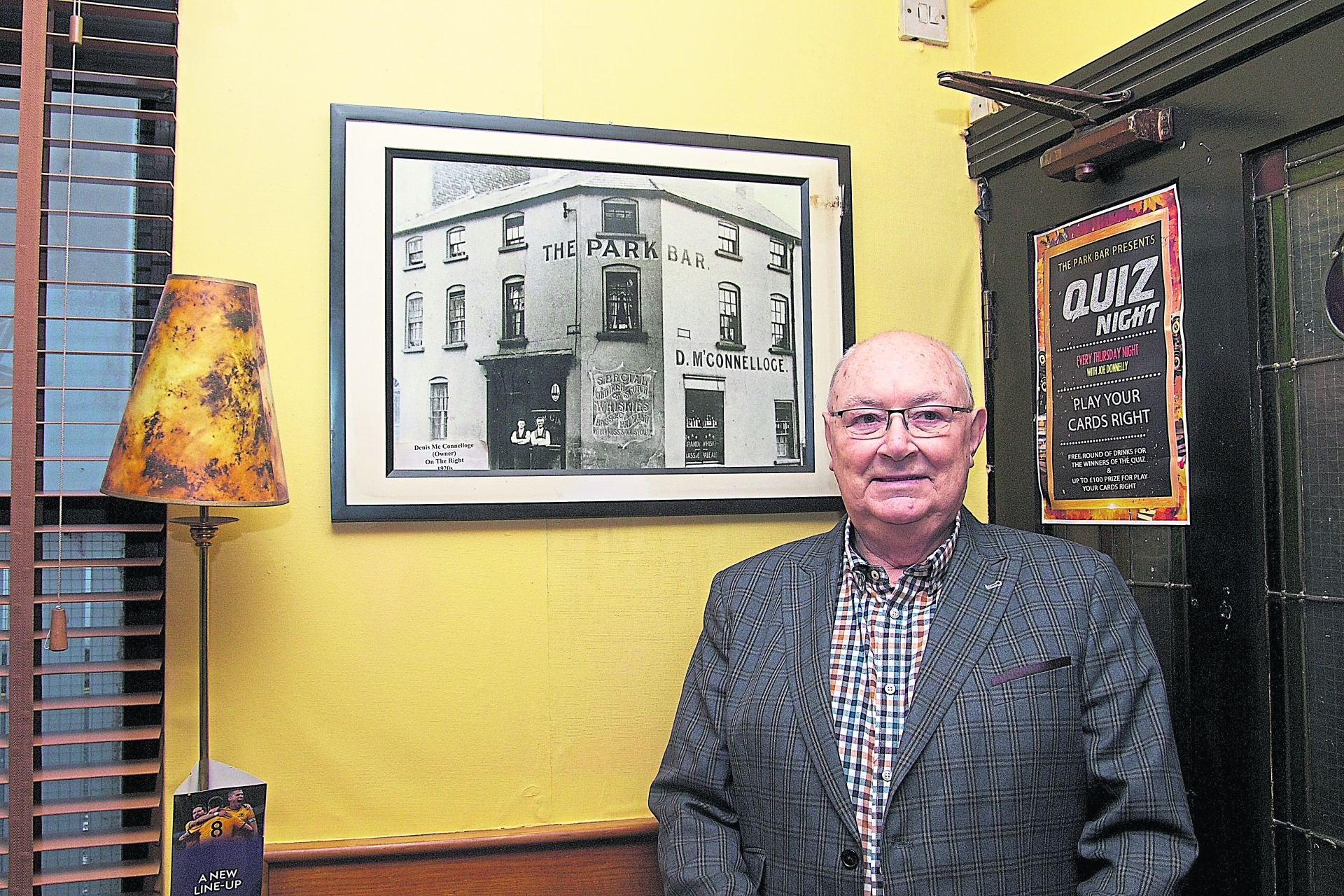 "Once you get over the Glenshane there's no investment, it's all in the East.

"If you go to the bus depot you will see the buses are loaded with with workers going up to Belfast."

Paying tribute to Mr McDermott, Chairman of Hospitality Ulster, Danny Coyles, said he was a problem-solver.

"He is synonymous with the sector in the North West and is a recognisable face right across the island of Ireland.

"I know that our colleagues across the industry will be pleased to see Joe collect this well-deserved award.

“Anyone that knows Joe, will know his love for antique cars and in his spare time he enjoys fixing these cars up. 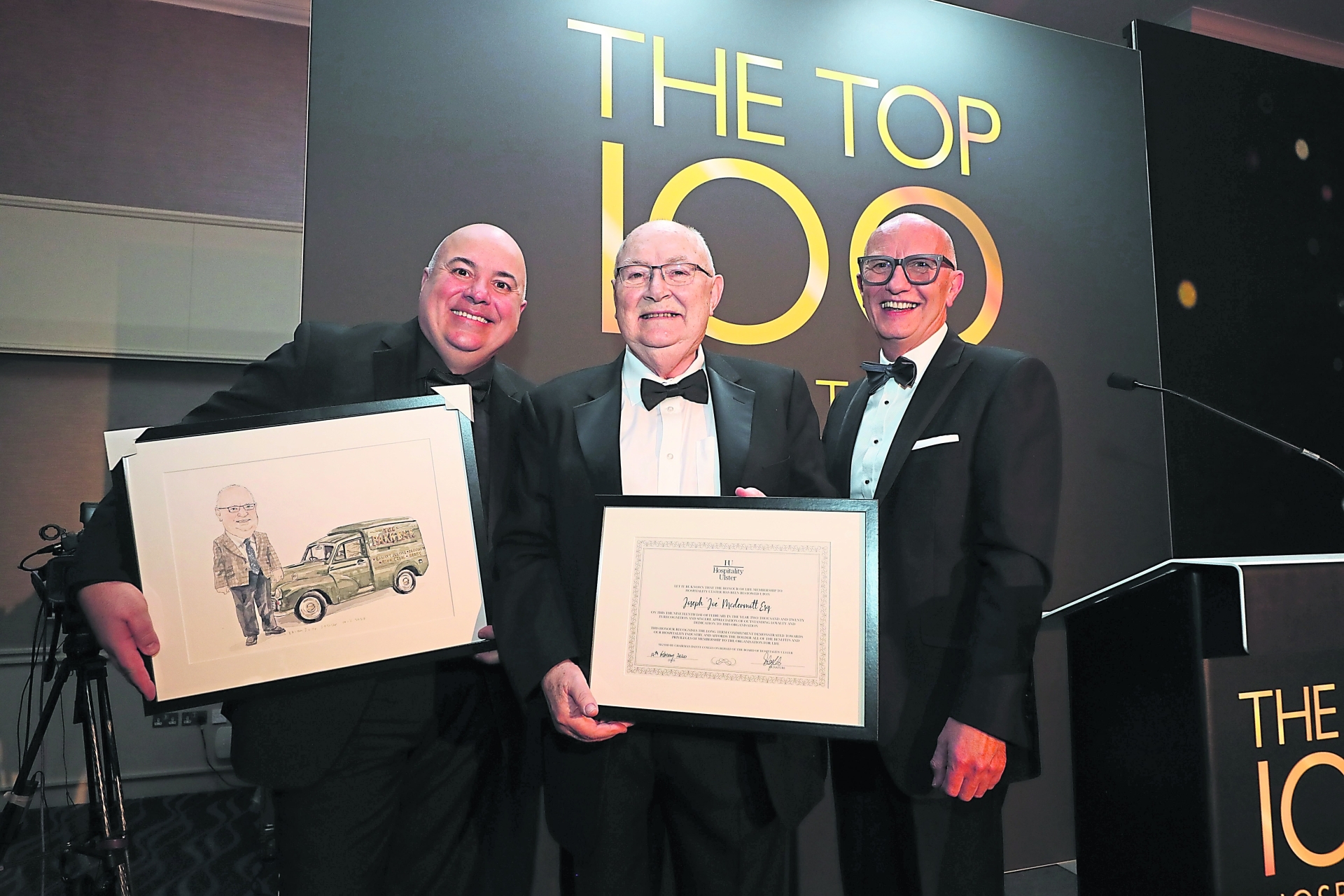 "It is this emphasis on fixing things that has made him such an important figure within the hospitality sector and a friend to everyone he came into contact with."

Colin Neill, Chief Executive of Hospitality Ulster, added:“Joe McDermott has played a substantial role in the development of the hospitality sector right across Northern Ireland and is very deserving of this special Lifetime Membership Award.”

“As Treasurer of Hospitality Ulster over a lengthy period of time, Joe has been a decisive, diligent and dedicated figure who has steered the body to the healthy position it is in today.

"While he has stepped down from this position, I am confident he will continue to play an important role in our sector and I am thrilled to see him collect this award.”