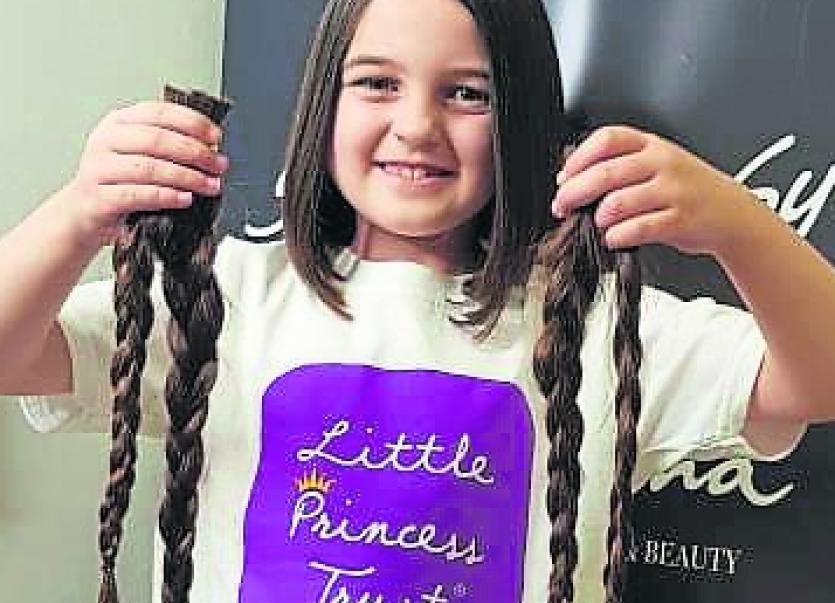 Lucy McMorris with the hair she donated to the Little Princess Trust.

Lucy McMorris, 8, has also raised over £400 in sponsorship for the Little Princess Trust which has helped hundreds of children and young people.

The Lisnagelvin Primary School pupil first approached her mum, Joanne Cruickshank, with the idea last year after finding out about the charity on line.

"She told me about it about eight months ago and showed me it on her tablet," she recalled.

"I'd never heard of the charity myself before, but I wasn't surprised she wanted to do it because she is a very caring and kind-hearted wee critter.

"She would do anything for anybody and she's just like a wee mother hen."

Like many mums Joanne found it hard to say goodbye to her daughter's long hair, but Lucy was much more matter of fact.

"I kept putting it off but she said to me 'mammy, it will grow back you know'," smiled Ms Cruickshank.

"I wasn't against it, but to be honest, I didn't know much about the charity, and I don't think it's highlighted enough.

"After I researched it and many months of her convincing me that this is what she wanted to do that I finally agreed to her wishes.

"It's such a wonderful cause and Lucy really opened my eyes to it.

"I was nervous when it came to getting it cut, but she couldn't wait and she was all smiles.

"I took some photos of her getting it done and didn't realise until after that she's winking in one of them."

Lucy raised £210 through an online sponsorship and the rest was donated by family and friends.

"It's a great charity and it's lovely that Lucy will be helping other children," continued Ms Cruickshank.

"It's nice to raise awareness that the charity is out there and maybe other girls will want to do the same thing."

"I'd also like to thank Selena Doherty McFeely, of Syenna Hair and Beauty in Pump Street, where she got it cut and Dearbhla Lynch, the hairdresser who cut it for her."