A young Derry mum who is taking part in a beauty pageant says she will use the platform to be an advocate for mental health. 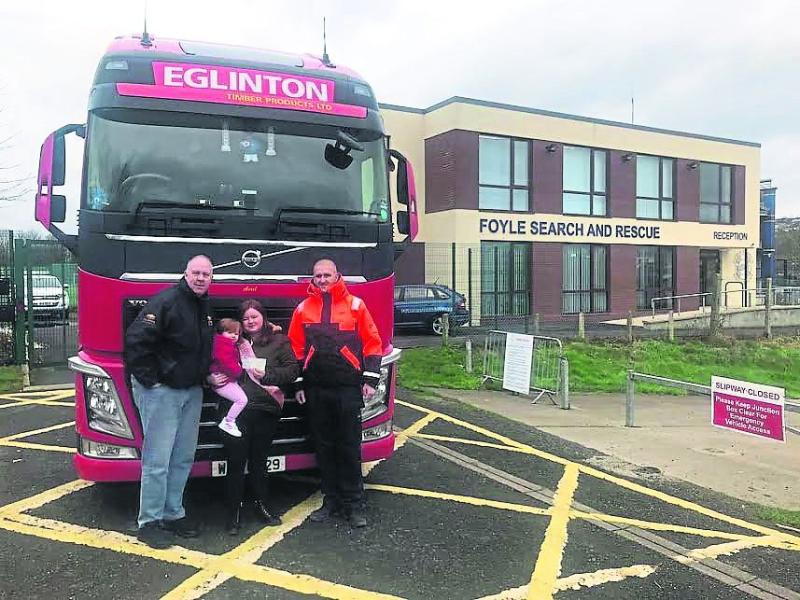 Caitlin McIvor pictured with her 2-year-old daughter Avril presenting a cheque for £100 to Foyle Search and Rescue from Eglinton Timber.

A young Derry mum who is taking part in a beauty pageant says she will use the platform to be an advocate for mental health.

Caitlin McIvor, 21, decided to take part in the Shining Light Pageant 2020 competition on the spur of the moment after watching her friend take part last year.

It was a big step for the mum of one, whose own battle with depression can make every day tasks a struggle.

"It can be difficult to get up in the mornings.

"I've suffered with mental health difficulties for 10 years now and I want to make people aware how it affects you and what help is out there."

The Shining Light Pageant 2020 event which takes place in the Everglades Hotel in September helps raise awareness of mental health issues and this year's chosen charity is Foyle Search and Rescue (FSR).

Caitlin and her fellow contestant, Tara Dawick, have already held a fundraiser at the Bogside Inn for FSR and earlier this month Caitlin secured a further £100 sponsorship from Eglinton Timber.

"Foyle Search and Rescue do so much work in the city and they do it for everyone," said Caitlin.
"You can talk to them at any time and I really admire them.”

Continuing, Caitlin said: "We really enjoyed organising the fundraiser and it has helped me grow in confidence," said Caitlin, who is now looking forward to competing for the Miss Shining Light crown.

Entrants must take part in three rounds and record a video explaining what they would do with the title if they won.

"There are three rounds 'sparkle and shine', 'ballgown' and 'my superhero' where you have to dress up as your role model and create an outfit around that. I'm both nervous and excited about it because it's something really different for me.

"After the competition is over I still want to continue to fundraise for charities, especially mental health ones."