Eastwood under fire for 'lavishing praise' on sacked Secretary of State

Mr Smith was replaced by Brandon Lewis after Mr Smith who was fired in a Cabinet reshuffle by British Prime Minister Boris Johnson after 204 days in the job and having helped to restore power-sharing at Stormont. 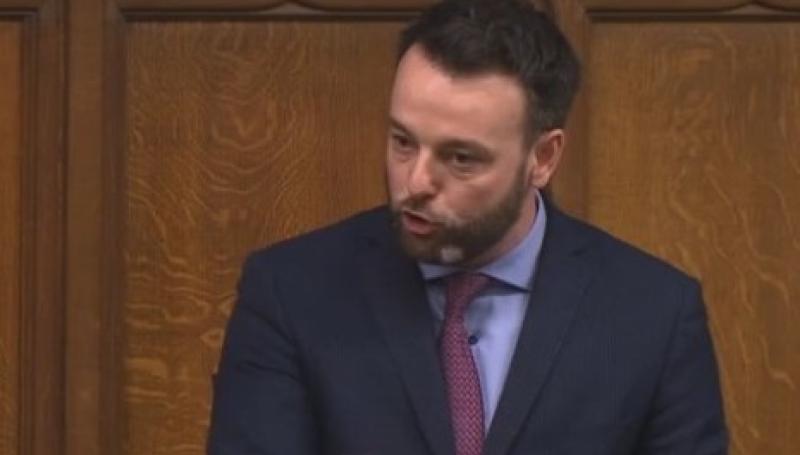 Mr Smith was replaced by Brandon Lewis after Mr Smith who was fired in a Cabinet reshuffle by British Prime Minister Boris Johnson after 204 days in the job and having helped to restore power-sharing at Stormont.

The Foyle MP said that while he had differences with Mr Smith, as Secretary of State, he demonstrated a willingness to do business with all parties that was critical to the successful restoration of government.

“It defies belief that after the successful restoration of power-sharing following a three-year collapse, Julian Smith’s reward is a cabinet office P45. It tells you all you need to know about Boris Johnson’s attitude to the North that he would sack the most successful Secretary of State in a decade. He is at best indifferent.

“I want to place on record my sincere thanks to Julian for the work he’s done over the last few months.

“His change in approach was central to breaking the logjam at Stormont. I found him to be a Secretary of State genuinely committed to acting in the interests of devolution rather than imposing a cabinet agenda on this place. And I remain grateful for the work he undertook with me to secure additional resource for university expansion in Derry.”

However, Derry People Before Profit Councillor, Shaun Harkin, said it was 'totally disingenuous' for Mr Eastwood to be 'out lavishing praise' on Mr Smith.

He added: “We challenge Colum and the SDLP to document specifically what Smith has delivered for Derry and the North West? The answer is nothing.

“Like his recent Tory predecessors, Smith has delivered nothing for people here.

“Smith is a career Tory hack who at the behest of liar-in-chief Boris Johnson convinced the Executive parties to foolishly sign up to a Stormont deal with no financial commitments.

Egged on
“Since the deal was struck Smith has egged on the Stormont Executive to impose further austerity on people across the North.

“A quick look at Smith's record - from supporting the Bedroom Tax to campaigning for banks and wealthy corporations while zealously opposing workers rights - should convince anyone why he won't be missed.

“Smith, Boris Johnson and the Tories do not care about people here or ordinary people anywhere. Telling people otherwise is naive beyond belief.

“Whether it's Westminster or Fianna Fail and Fine Gael in the Dail, the SDLP are making a habit of cosying up to the establishment club.“

Mr Lewis is a former chair of the Conservative Party and, most recently, a security minister in Boris Johnson's cabinet.
Shortly after his appointment was announced by Mr Johnson, he posted on Twitter that he was 'honoured' to take on the role.