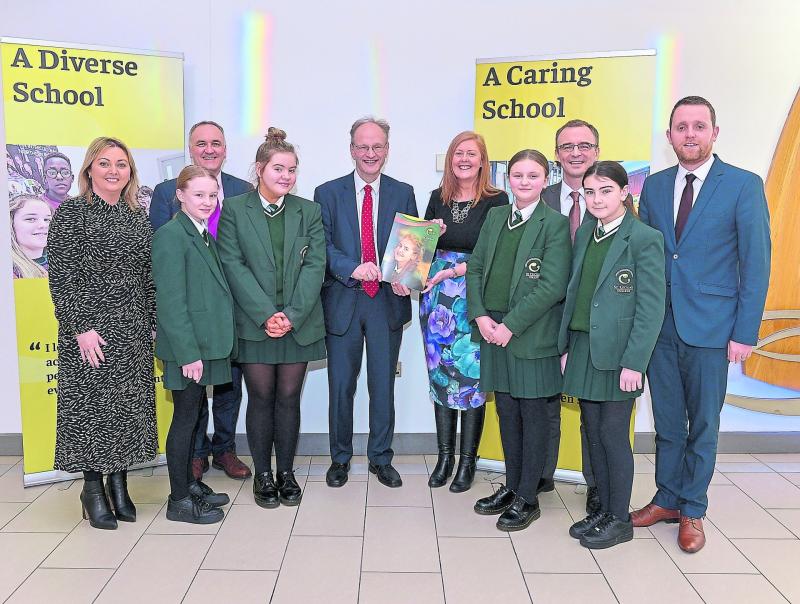 Derry teachers are not hopeful of an early resolution to the education funding crisis.

It follows a face-to-face meeting with the Education Minister in the city on Thursday last.

Peter Weir, who was making his first visit to the city since taking up the post, was at St Cecilia's College to hear, first hand, the good work of a shared education programme involving the Creggan School, St Mary's College and Lisneal College.

Speaking to the Derry News after the meeting, at which the principals of all three schools challenged him about the funding crisis, Mr Weir said he was “arguing for the maximum amount of funding for education.

He said: “I am trying to prioritise that in terms of frontline for schools and I will make sure every penny that comes into education is delivered.

“Obviously, I cannot allocate all the money that I am given, but I think there will be a critical period as we look forward to the broader budget.”

Martine Mulhern, principal of St Cecilia's, described the meeting as “positive” but said she was “less positive” about correcting the funding crisis.

She said: “We talked about mental health, about the fairness of enrolment in the grammar system, as it works at the minute.

Mrs Mulhern added: “He was sympathetic and understood where we were coming from and we challenged him to have a look at area planning and think of ways in which this could be avoided in the future.”

She concluded: “It was a positive meeting but I am not entirely sure that there is going to be much resolution in terms of finance.”

Brendan McGinn, acting principal, St Mary's College, said he found the meeting “useful.” He added: “We tried to address a number of issues with the minister, including shared education and the reality of funding.

“There is a lot of process to go through and I understand that the whole funding hasn't been sorted out yet.

“We were very explicit on the need for funding to continue, and he took that on board.”

Michael Allen, head of Lisneal College, said he was “not optimistic” about the financial situation within education being resolved.

He said: “I am not particularly more optimistic than before I walked in. The Department of Education have bid for more money so we have to wait and see how successful that bid is before schools will have any indication as to whether we benefit fromt that.”

Mr Weir was in the city at the invitation of Sinn Fein Foyle MLA, Karen Mullan, who also attended the meeting along with DUP MLA Gary Middleton.