Storm Dennis more than a menace for angry residents

Angry residents of a Derry housing estate have hit out after Storm Dennis proved to be more than a menace when it blew into Derry at the weekend. 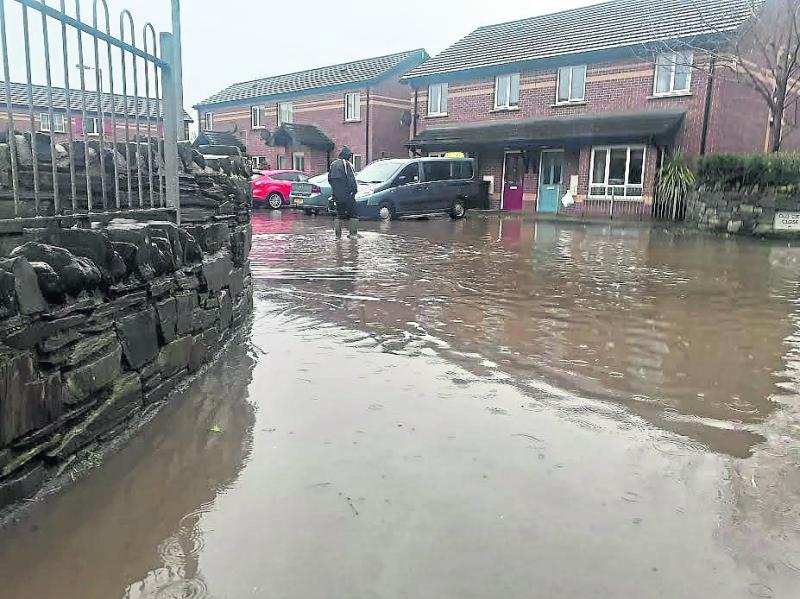 Angry residents of a Derry housing estate have hit out after Storm Dennis proved to be more than a menace when it blew into Derry at the weekend.

The storm – the third in four weeks following Storm Brendan and Storm Ciara – brought with it heavy rain and high winds, gusting up to 80mph.

While there were no reports of serious damage, residents at Old Mill Court on the Letterkenny Road were on Saturday, once again, forced to take action to prevent their homes from flooding.

A number of homes in the estate, adjacent to the River Foyle, were badly damaged in the devastating floods of August 2017.

Speaking to the Derry News, residents said they feared a repeat of the devastation every time there was heavy rain.

Criticising the drain clearing in the area, they called for a pumping station to be erected in the estate to prevent renewed flooding which, they said, happens four-five times a year.

Pointing out it was the third time this year the estate had been flooded, one said: “They need to look at the drainage. Maybe they could look at a pumping station to pump the water out.

“We are getting more storms now than ever. They know for weeks in advance that heavy rain is coming, yet they do not come out and clear the drains.”

Another said: “When it does happen, they should shut the road because cars and lorries passing are pushing the water into our street and it's making it worse.”

The adverse weather caused a number of sporting fixtures in the city to be called off.

Among them was the Allianz Hurling League Division 2B top of the table clash between Derry and Kildare at Celtic Park.

All but one game in the Minibet North West Saturday Morning was postponed, the sole surviving clash being the Blue Riband Cup game between Foyle Harps and Creggan Swifts which went ahead on the 4G pitch at the Ryan McBride Brandywell Stadium

The Foyle Bridge was closed to high-sided vehicles and the speed limit for other vehicles reduced to 30mph on several occasions.