The rubbish is being dumped beside the city's biggest tourist attraction, creating an unpleasant environment for locals and visitors 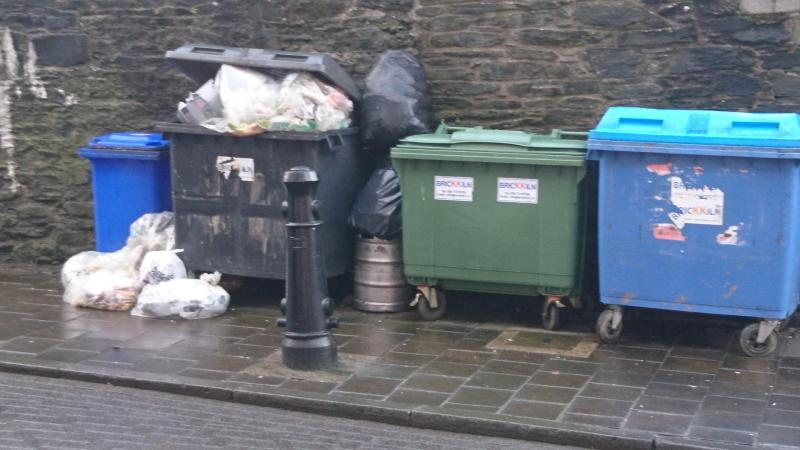 A member of the public has highlighted the “extremely annoying and disgusting” dumping of waste by local businesses on a busy city centre street.

The resident who lodged the complaint with Derry City & Strabane District Council (DC&SDC), with the backing of neighbours, says the rubbish on Magazine Street has created an unpleasant environment for people living nearby.

In addition, he believes it gives a bad impression to tourists walking the City Walls – Derry’s most iconic tourist attraction.

Food waste has compounded the problem by bringing with it a foul smell and the risk of attracting pests.

The individual provided photographs and explained the condition left at such an “inappropriate bin area” beside the historic Derry Walls.

“It is one of the most central spots in town for either local and visitors, with the extremely annoying and disgusting conditions presented to us neighbours.

“The pictures detail the state of the rubbish and waste, including general waste, oil waste, food waste, and glass, left in and by the bins belonging to local businesses.”

Despite the best efforts of locals to maintain the area the rubbish continues to gather next to Magazine Gate.

“This situation is not only provoking an authentic unpleasing way of living to the neighbourhood, but also creates an incredibly unsafe spot in town.”

The latest photos were taken on Saturday morning, February 8 and again the following day, February 9.  All residents called on DC&SDC to deal with the issue as a matter of urgency. 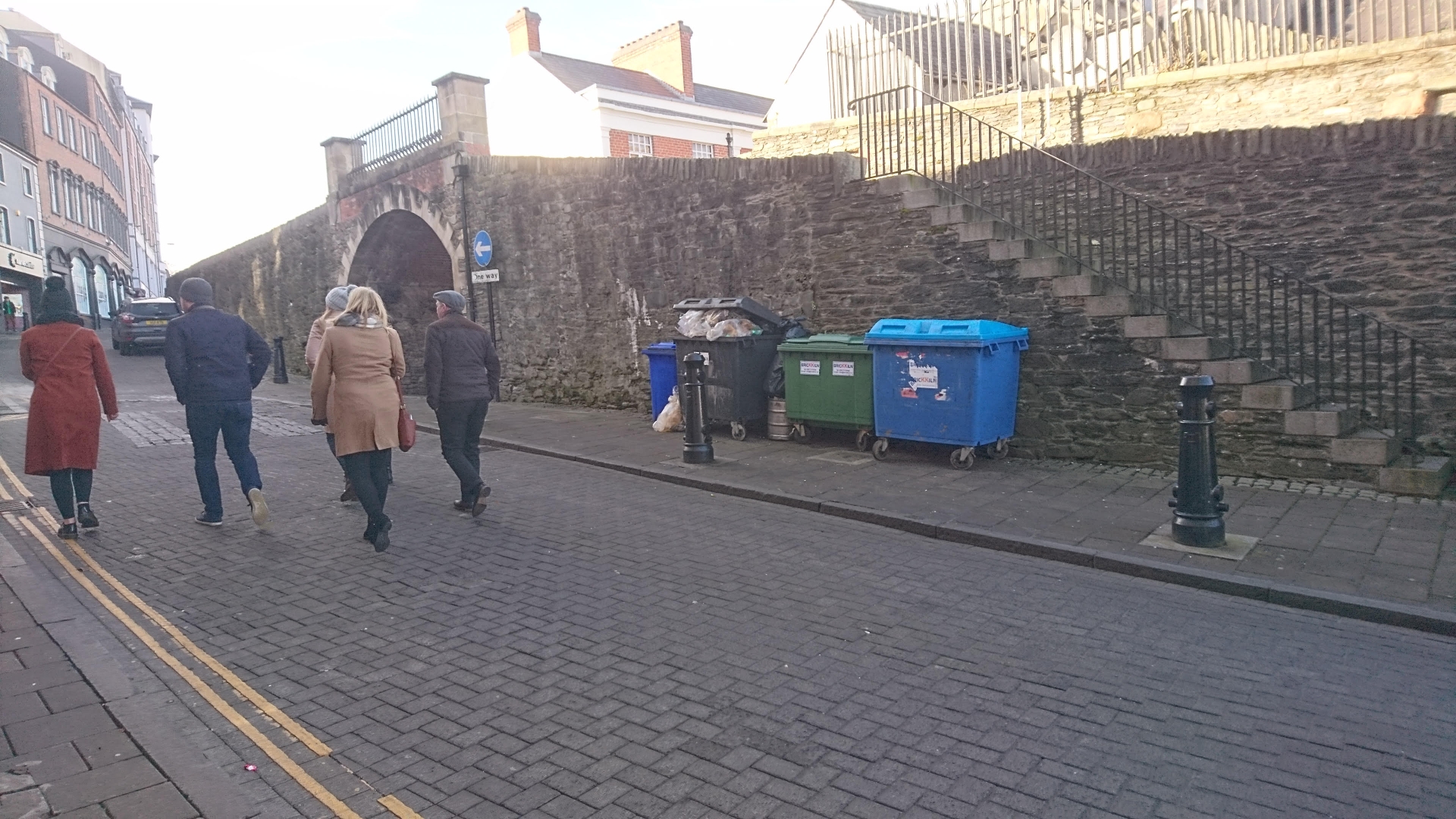 In response, a spokesperson for Derry City and Strabane District Council said that Council is aware of an ongoing problem with waste storage in the Magazine Street area.

She added: “Council wishes to remind traders of their responsibility to manage waste responsibly and is working with other organisations to ensure this busy location remains a clean and welcoming environment.

“The onus lies with everyone in the business community to promote and maintain the positive profile of the city centre.”