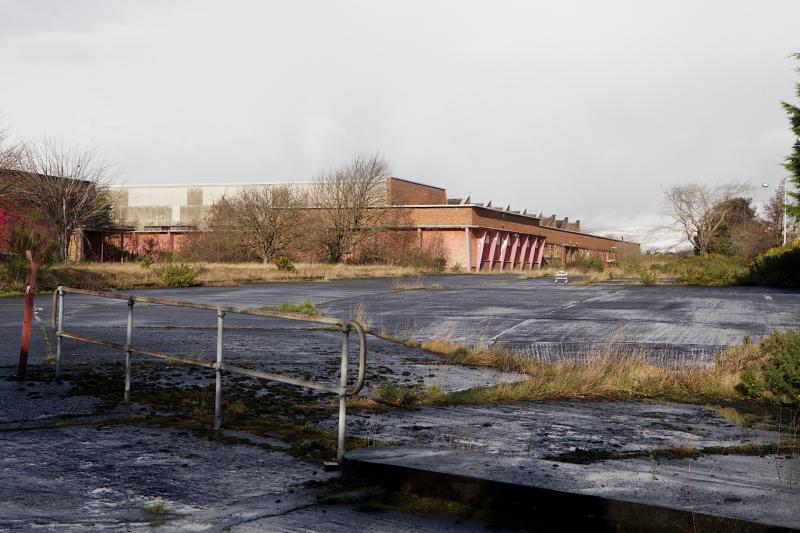 A well-known business family has purchased the former Arntz Belting Company site in Derry, it can be revealed today.

Patrick Simpson, of Fortuna Enterprises Ltd, owners of the popular Brunswick Moviebowl in Pennyburn Industrial Estate, amongst other properties, confirmed to the Derry News that in recent weeks they had bought the prime Arntz site situated at Pennyburn Pass.

He did not wish to add any further comment except to say that they are open to exploring all options in terms of site development.

The Arntz site covers a large area of approximately 5.83ha and contains a number of derelict buildings and concrete hard-standing with small areas of grass and some trees throughout.

In 2010, following the closure of the Arntz Belting factory, the company owners said they planned to create more than 800 jobs in a multi-million pound development on the site.  The proposals included a major retail food outlet, hotel, and research and development facilities.  However, the plans did not come to fruition.

In February of last year plans were approved for a mixed-use development consisting of a retail park with a medical building and a semi basement car park, along with a superstore, restaurant and self-service filling station.

However, those plans were shelved when it emerged that the Western Trust was instead exploring the possibility of basing its Medical Hub at Fort George.

This week the Trust reaffirmed that Fort George is still its preferred option for the centre.

News that the Simpson family has bought the Arntz site will lead to new hopes that the vacant property will be developed in the near future.