Artists Josh and Hannah a credit to Derry 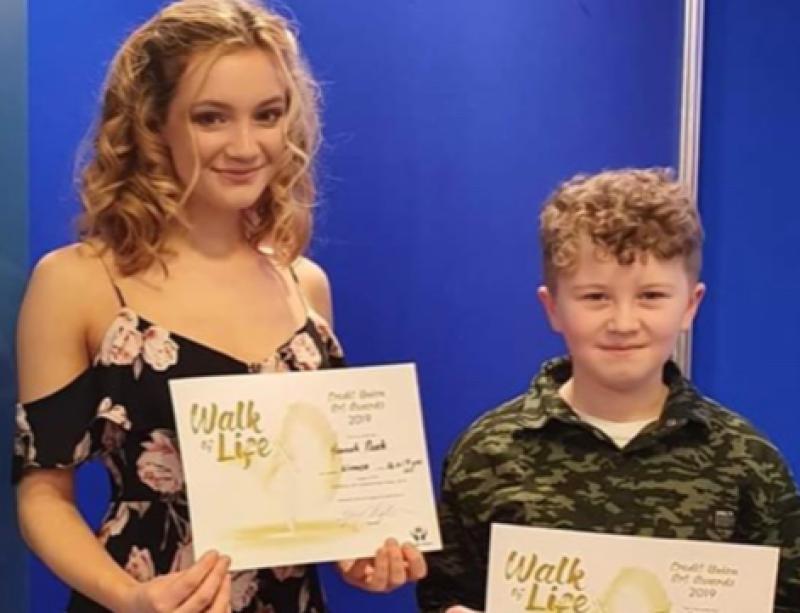 Hannah and Josh with their certificates.

Josh Cunningham, 11, from St Eithne's Primary School and Hannah Park, 17, from St Cecilia's College, travelled to Dublin with their families at the weekend for the Irish League of Credit Unions (ILCU) Art Competition award ceremony which took place in Croke Park.

Their pictures will now feature in the 2021 ILCU calendar.

Josh, who won the 8-10 years category,  has been interested in art from an early age.

"He loves drawing and would rather sit and draw than play on his computer and he's started getting into digital drawing too, using his iPad," said his father, Marty Cunningham.

"He would love to get into illustrating books or designing houses."Josh and Hannah won both the local and regional heats to reach the national finals in Dublin where they were presented with their certificates by RTE star Marty Whelan.

"It was a great experience for us, but Josh is very modest and he didn't make a big deal out of it," said Mr Cunningham.
"The best bit for him was meeting Marty Whelan because he watches him every Saturday."

Martine Mulherne, principal of St Cecilia's College, said Hannah, who won the 14-17 years category and the overall first prize, was an 'exemplary student'.

"Hannah is an exemplary student in every way.

"We are thrilled that she was awarded the overall first prize in the Irish Credit Union Art senior competition and that her art work will now be included in their calendar.

"She is so talented – an award-winning athlete, musician and now artist."

Mary Crumley, of Derry Credit Union, said: "Congratulations to Hannah Park and Josh Cunningham who collected their prizes for winning first place in the 14-17 years and 8-10 years categories respectively of the national level of the annual Irish League of Credit Unions Art Competition.

“Hannah and Josh's pieces will be included in the 2021 ILCU Calendar. We at Derry Credit Union are extremely proud of Hannah and Josh."