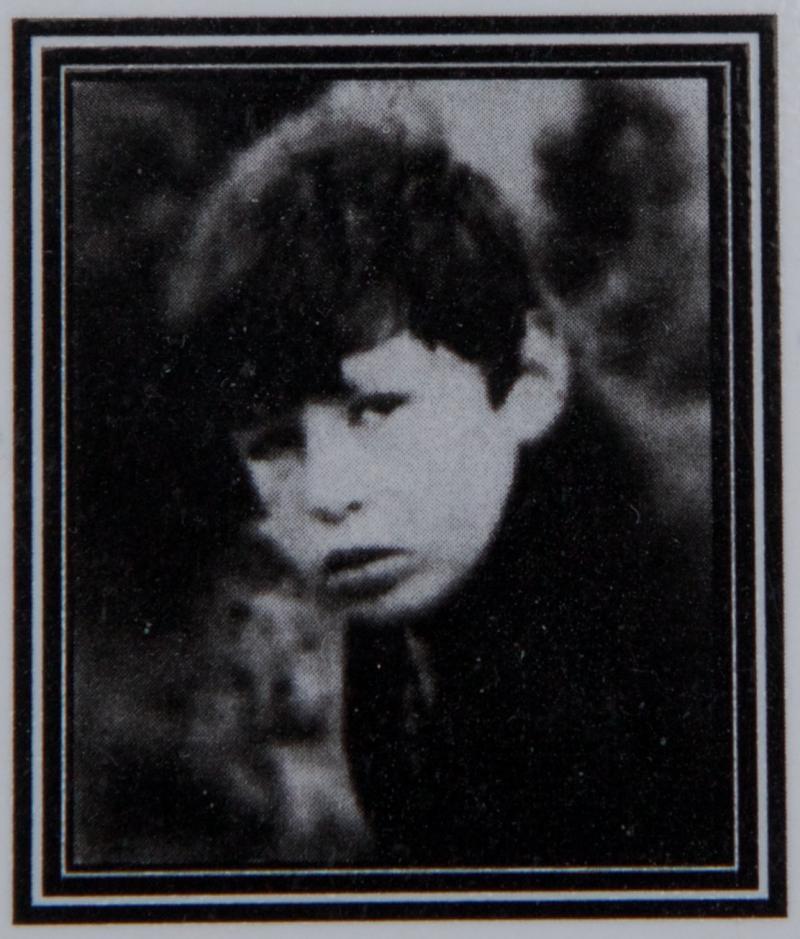 A Derry family are planning to honour their brother with a commemorative plaque in Brooke Park where he lost his life in a tragic accident fifty years ago.

May 6, 1970, was like any other day for 15-year-old Thomas Duddy as he played football with friends in the iconic Derry park situated a few hundred yards from his home.

While having a kickabout the ball ended up on the roof of the “workman’s hut” next to Gwyn’s Institute, as it often did.

However, on this occasion when the teenager climbed up to retrieve it, he fell through the roof and sadly died despite the best efforts of his friends. 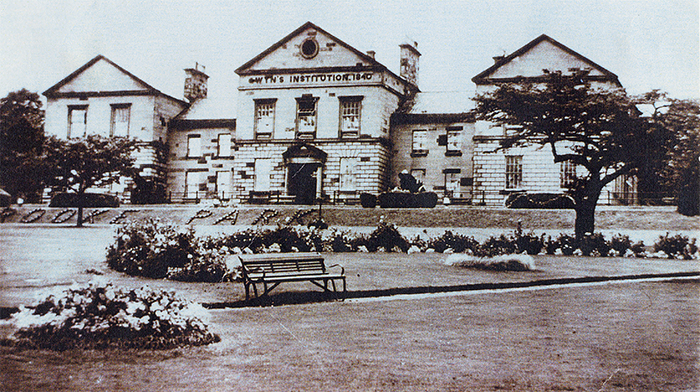 In the early 1900s the Gwyn’s Institute building housed a museum.  By the time Thomas was playing football there it had been turned into a library with an exhibition space and outbuildings which housed machinery for maintaining the park’s gardens and thousands of ornamental trees.

It also became the focus of IRA attacks when it was taken over by the British army in the 1970s and was eventually destroyed after being firebombed in 1973.

Thomas would have been 65 this year and to mark his 50th anniversary the family believe it would be fitting to pay tribute to his life with of a tree and plaque at the place he died.

His sister Kitty, along with brothers Charlie and Gerry, spoke to the Derry News this week at Gwyn’s Café and Pavilion which was built where the Institute once stood.

The family grew up on Westway, seven boys and four girls, most of whom were keen on sport.  A number of the brothers, including Charlie and Gerry were talented boxers who trained at St. Mary’s Boxing Club in Rosemount, while Kitty was a gifted footballer.

“Thomas was a good boxer and footballer,” Charlie said, “He was an Ulster Champion boxer.  I know he would’ve been a good boxer, two of the brothers were Irish champions.”

Gerry has fond memories of his older brother picking him up from Rosemount Primary School and walking him to the canteen on Westway for his lunch.

It was Thomas who passed his love of football on to Kitty.  “I ran around with him and it was him who started me out in football and we’d have run around here in Brooke Park.”

A mutual love of boxing also brought Thomas and Charlie together for training but as he was a bit younger they wouldn’t have socialised much together.  Charlie named one of his son’s after Thomas.

Gerry was just 8-years-old when his brother died, he recalled: “I was very young so I just remember him taking me up and down to school.”

Kitty added: “He was a mammy’s boy but if any of us stepped out of line when my daddy wasn’t in he was the boss.”

Revisiting the fateful night their brother died, Charlie vividly remembers watching football on the TV when a priest arrived at the door.  The family were in a state of collective shock and, being children themselves, struggled to comprehend it.

“We just heard what happened from friends that were with him at the time.  It was in the workman’s hut which had grass cutting machinery in it.

“His friends tried to get in to him after he fell through the roof but they couldn’t break the door.  It was actually a soldier who was on duty, they went running round to get help and the soldier came round and got in to Thomas.

“If it had been a tin roof it wouldn’t have happened but because it was an asbestos roof he fell through it after going up to get a ball.

“They would take turns to go up and it must’ve been his turn to get the ball.”

Kitty said the soldier who assisted her brother and accompanied him to hospital was actually court-martialled afterwards for deserting his post.  Tommy Duddy attended court to defend his actions.

It was devastating news for parents Tommy and Mary, and something their mother never came to terms with. She was supportive of the idea of a memorial to mark her son’s death but passed away eight years ago before seeing it realised.

The family feel that approaching Thomas’s 50th anniversary it is the right time to pay tribute to him.  They would like friends of Thomas to be involved in any commemorative event that is organised. 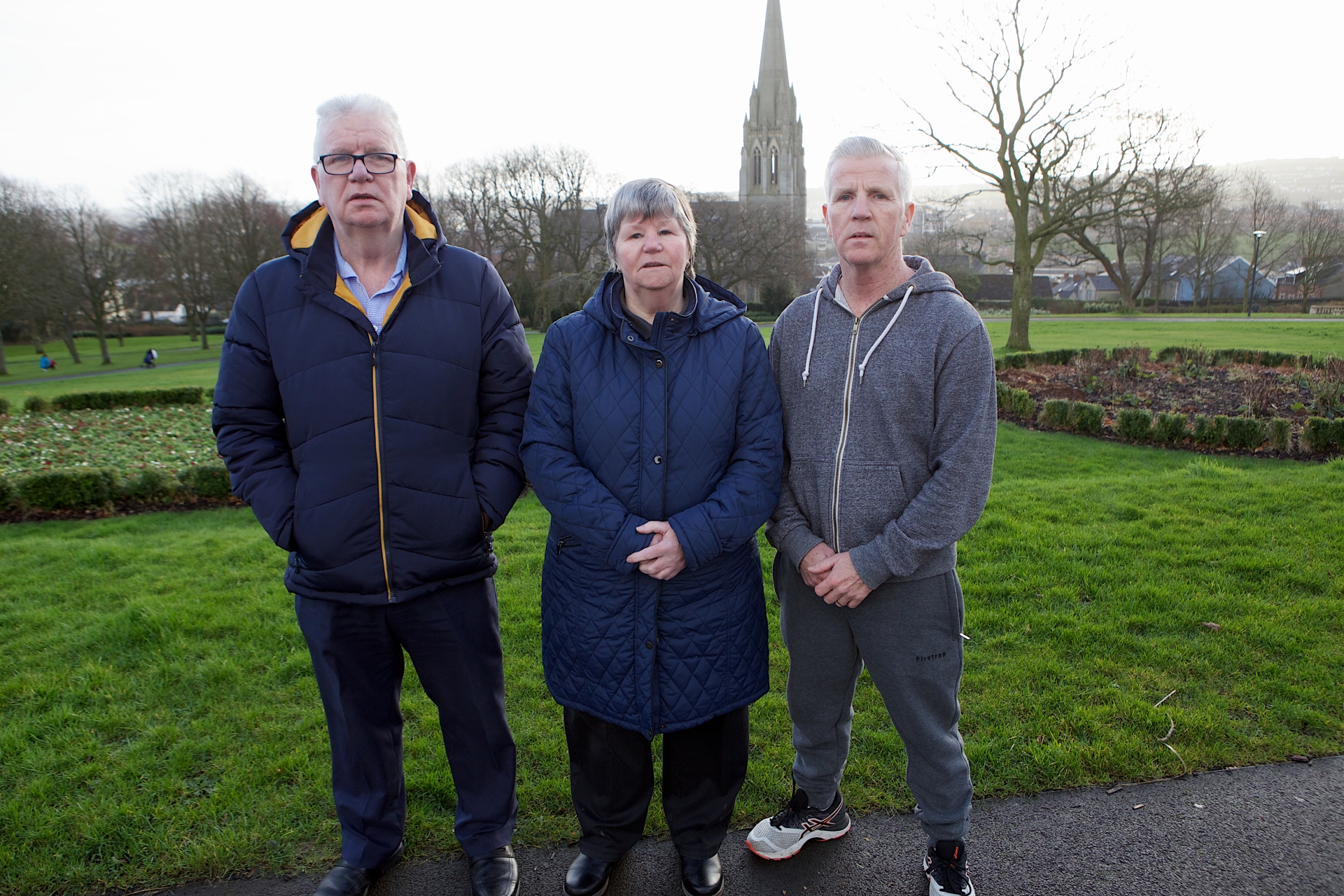 Photo: Charlie, Kitty and Gerry Duddy pictured close to where their brother Thomas died after a fall at Gwyn's Institute, Brooke Park on 6th May 1970 (Photo - Tom Heaney, nwpresspics)