‘Missed opportunity’ in Derry for carpooling 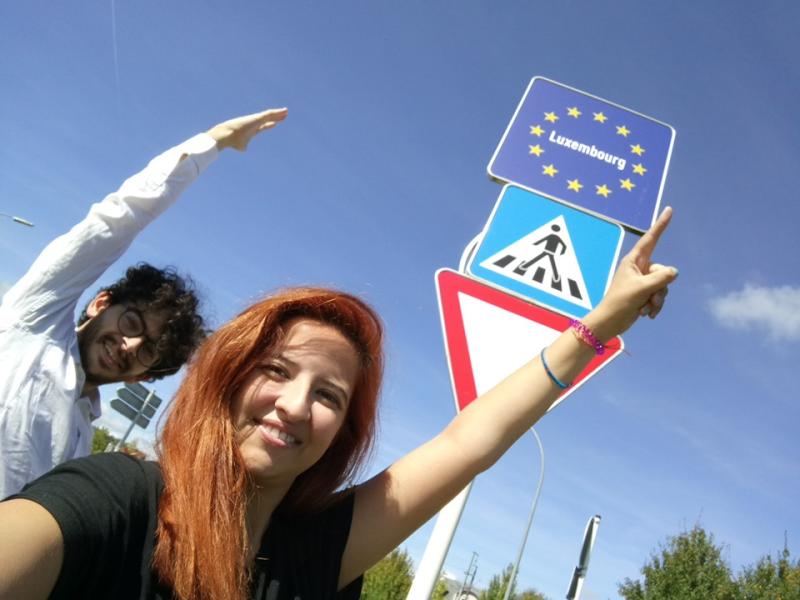 Venancio pictured with friend Lena Nafie on his travels

A Spanish native who now lives in Derry believes that commuters in the city could greatly benefit from a well-organised carpooling scheme.

Carpooling is the sharing of car journeys so that more than one person travels in a car and prevents the need for others to have to drive to a location themselves.

Advantages are plentiful, the reduced number of cars on the road is more environmentally friendly, it eases traffic congestion, travel costs are shared with other riders and it reduces stress by allowing you to read, listen to music, or relax when you're not driving.

In addition, it saves time, prolongs the life of your vehicle and allows you to meet new people.

Millions of people car share across Europe but there is a reluctance to do so in Ireland and Britain.

He gained a PhD in Physics from a French university and now works as an engineer at Seagate Technology.

His passion in life is travelling and he has moved around the world, residing in several European countries.

In his view, there is a missed opportunity in Derry for carpooling, Venancio explained: “I am trying to promote a non-profit initiative for carpooling around the city.

“Carpooling is something that I really miss from the countries I have lived before; Spain, France, Germany and Poland, and I think in Derry it could be really convenient especially when connecting to the centre and west of Ireland.

“However, the available pages here are really mis-used, and it would be great if Derry would focus on one and find the travel offers there and the people start to try carpooling. The name of the page is ‘Northwest Carpooling’.

“I've published on some pages and groups across Derry, it has got some audience, but still not enough to really connect to people and get their trust.”

He added: “I think that Derry misses big opportunities since the standard carpooling sites are not being used and the travel offers on those sites are negligible.

“For me, it is a pity since without car it is sometimes difficult to reach most of the cities or towns around Ireland on a short travel time. It sometimes becomes even double the time with the current offers.

“A centralised carpooling site for Derry would make mobility much easier across Northern Ireland, but also will ease the travelling to the centre and the west/south-west of Ireland.

“I find that carpooling is also the best way to travel for those who like to socialise and have to make long trips with their own cars, in addition to save travel costs and makes mobility more efficient for the environment.

“I’m hoping that people from Derry will give attention to carpooling, start to share their trips and it will start to become a popular way to travel around.  I think Derry could also become a good hub for carpooling and reaching the city from different locations will be much easier than it is now.”