Jailed for driving a car at a man outside Derry pub

Judge: "He drove at the injured party deliberately and with the intent of doing maximum damage." 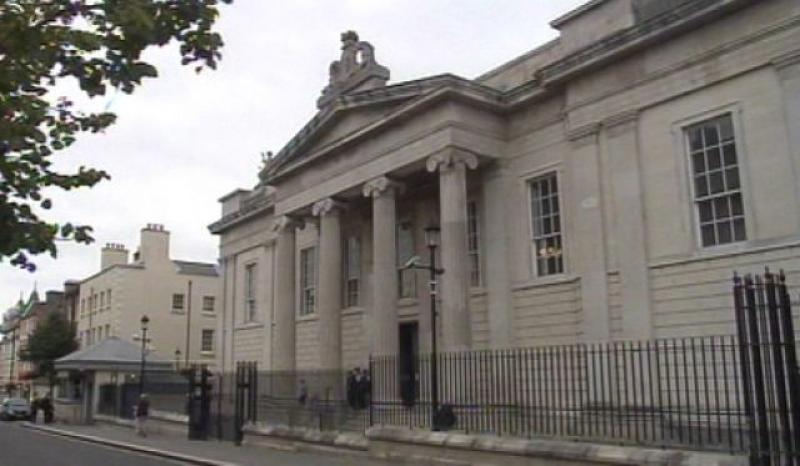 A man was today jailed for three and a half years for driving his car at a man outside a Derry pub.
Raymond Lishman, 30, from Clarendon Street, mounted the pavement outside the Bowery Bar in Ferguson Street and struck the pedestrian throwing the victim onto the bonnet before the victim fell to the ground.
The victim sustained tissue and tendon damage to his left knee, the back of his head was badly swollen and cut and he lost a front tooth as a result of the impact.
Lishman, who had fifty-four previous criminal convictions, today pleaded guilty at Derry Crown Court to dangerous driving and to attempted grievous bodily harm with intent following the incident on the night of October 7, 2018.
The entire incidents were recorded on CCTV.
The footage showed the victim punching the rear driver-side window of Lishman's car with his fist.
The victim apologised to Lishman and said he would sort out the damage the following day.
Lishman then got back into the car and drove off but when he reached the bottom of Ferguson Street he did an about turn, drove back up the street and sped directly towards the victim who was on the footpath and collided with him.
Lishman then telephoned for an ambulance before walking away, leaving his car at the scene.
Judge Elizabeth McCaffrey said Lishman had driven his car in an appalling and reckless manner.
"It is clear to me from having watched the CCTV footage that this only by the grace of God that the injured party did not sustain much more serious injuries and it is certainly no thanks to the way in which the defendant conducted himself on the night in question", she said.
Judge McCaffrey said Lishman had used his car as a weapon and did not appear to have given any thought to the 'distinct possibility that he could have killed the injured party or caused him life changing injuries'.
"He drove at the injured party deliberately and with the intent of doing maximum damage," said the judge.
After his arrest Lishman told the police he was 'mad' and acted on impulse, losing his temper and his self control before 'his temper went'.
Defence barrister, Eoghan Devlin, described Lishman's actions as stupid.
"The defendant, before the incident, behaved like a peace maker in that he tried to get people to move away from outside the bar.
"But the red mist then came down and he carried out this.
"It went totally against the grain given what had happened earlier.
"This moment which lasted about ten seconds was one of sheer madness," he said.