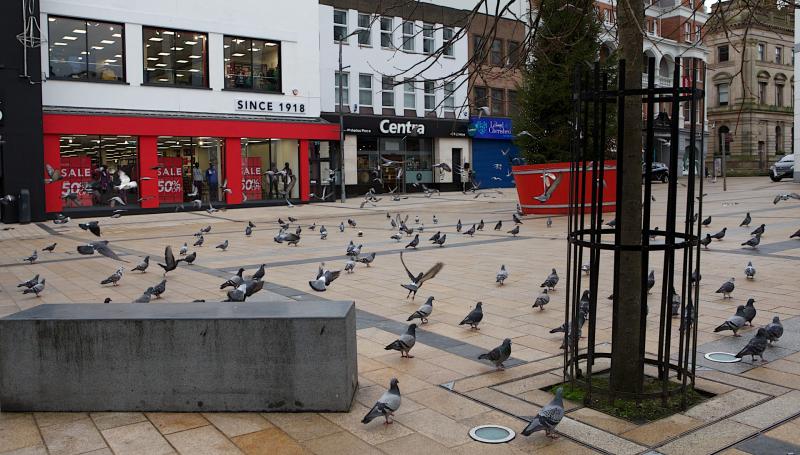 Derry wildlife lovers have arranged to feed city centre pigeons on Saturday in protest against the Council’s “contemptible advice”.

It comes after the Derry News reported that members of the public raised the prospect of a pigeon cull due to what they believe to be excessive numbers.

The council advised against feeding pigeons as it’s understood that the number of pigeons attracted to an area depends on the food available.

She said: “I want to get as many of us together as possible on Saturday to feed our wee city's feathered residents.

“Leave the bread at home, it’s filling but not great nutritionally, and instead come buy a wee bag of bird food from me. All money raised I’ll be going towards the ‘Dirty Swanchez’ the swan's upcoming surgery.

“Be the change you want to see in the world. We destroyed their homes to build our own and decimated their natural food sources with tarmac and concrete. We owe them lunch.”

She added: “My role will be to provide guidance on safe foods for our city centre wildlife as well as correct the misinformation about their unearned reputations as being health and safety hazards.

“I will be bringing along a big sack of feed that’s safe for our city birds and will not attract pests such as rats. I will be giving this away with any donations given in return being used to fun Dirty Swanchez' orthopaedic surgery on his wing.”

Swanchez (pictured below) crashed down in a front garden in Strathfoyle, breaking his wing. Poor condition due to a fungal infection, aspergillosis, led to the bad landing - which incidentally, is never found in pigeons but often in pet birds.

Speaking on Wednesday, Ms McManus said: “Today he was dropped off with Kieran Corry, a wildlife vet who is a specialist in orthopaedics in Omagh as there isn't a single vet in Derry qualified to pin the humerus of a swan

“He is under general anaesthetic as we speak and is getting good and fixed up so he can be back on the water again within 4 weeks.” 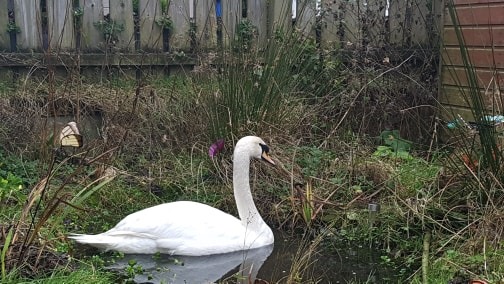 Ms McManus said pigeons are actually the only birds native to our shores that are resistant to avian flu.

An old Woody Allen sketch where they talked about pigeons being known as good omens is in part responsible for their bad reputation.  The director/comedian made the joke that they were "rats with wings", coining the phrase that ultimately sullied the bird.

“The reality is, we are no longer simply encroaching on habitat, but destroying it entirely. Wild spaces are levelled and built on, or manicured to the point of being a green dessert where wildlife are not being afforded natural, wild habitat to thrive, e.g. Brooke Park.

“Whilst we continue to behave like locusts on the land, our wildlife have no choice but to live amongst us. It's a privilege we won’t have for long given the steady decrease in our wildlife numbers. “Derry is a greener city than most, yet the wildlife population is poor in comparison,” added Ms McManus.

Last year, an infection linked to pigeon droppings was a "contributing factor" in the death of a child at a Glasgow hospital.

The child was being treated at the Queen Elizabeth University Hospital when he or she appears to have caught the infection - a fungus called cryptococcus.

However, experts, including Ms McManus, have confirmed that cryptococcus is “very uncommon” in the UK.  She said: “It's seen more commonly in owls and birds that jest and roost in trees.

“The source is usually from wood, then can be carried by songbirds etc. Whilst they rarely succumb to the condition, it can cause secondary fungal infections when those birds are eaten by raptors as they don’t have the same immunity to the condition.

“Pigeons tend to not eat carrion. Owls, etc, are a different story. Trichomonas is more likely to affect pigeons. This is not transmissible to any mammals though,” she concluded.