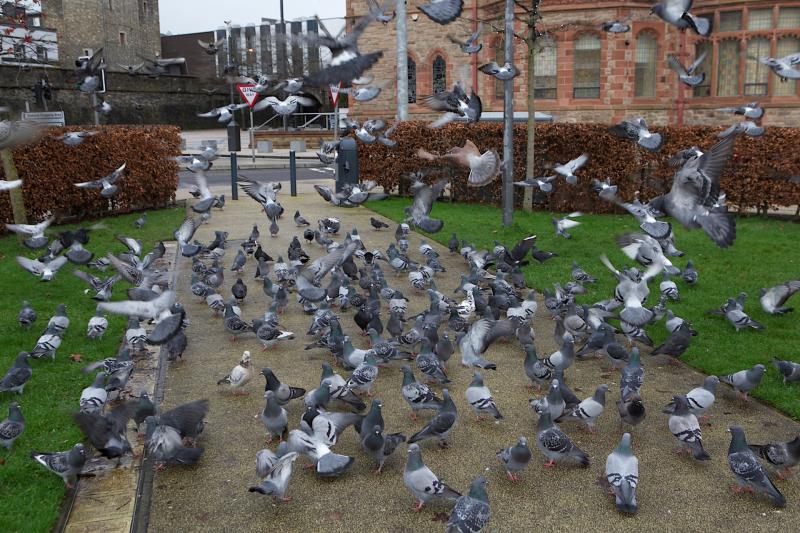 The local Council has discouraged the Derry public from feeding pigeons after it was suggested that the city centre has become overpopulated with the “nuisance birds”.
Members of the public have raised concerns about increased numbers of “street pigeons”, saying they present a hazard to “children, pushchairs and anyone with mobility problems” and should be culled.
According to NI Direct, feeding “problem wild birds” in public urban areas can make the birds expect food from people and can cause swooping.
“Swooping can scare some people and large aggressive species like gulls can actually cause injury.
“Feeding can also greatly increase populations of birds like pigeons,” it says.
The Council’s Environmental Health Service has documents stating that there have been a number of cases where people have been prosecuted for causing a health risk by repeatedly feeding pigeons.
A spokesperson for Derry City and Strabane District Council told the Derry News that it has “limited powers” to deal with bird related problems, however in “exceptional circumstances” it may take action under a general licence to reduce feral pigeon or gull numbers for public health reasons.
“Although Council does not have a Pest Control Service the Environmental Health Service can provide advice and assistance if you are trying to manage pigeons at or near your property.”
The spokesperson added: “The number of pigeons attracted to an area depends on the food available therefore it is important that food sources for pigeons are kept to a minimum and that the public don’t encourage pigeons to gather in certain areas by feeding them.”
Council did not indicate whether pigeon numbers are monitored to ensure they are kept under control. 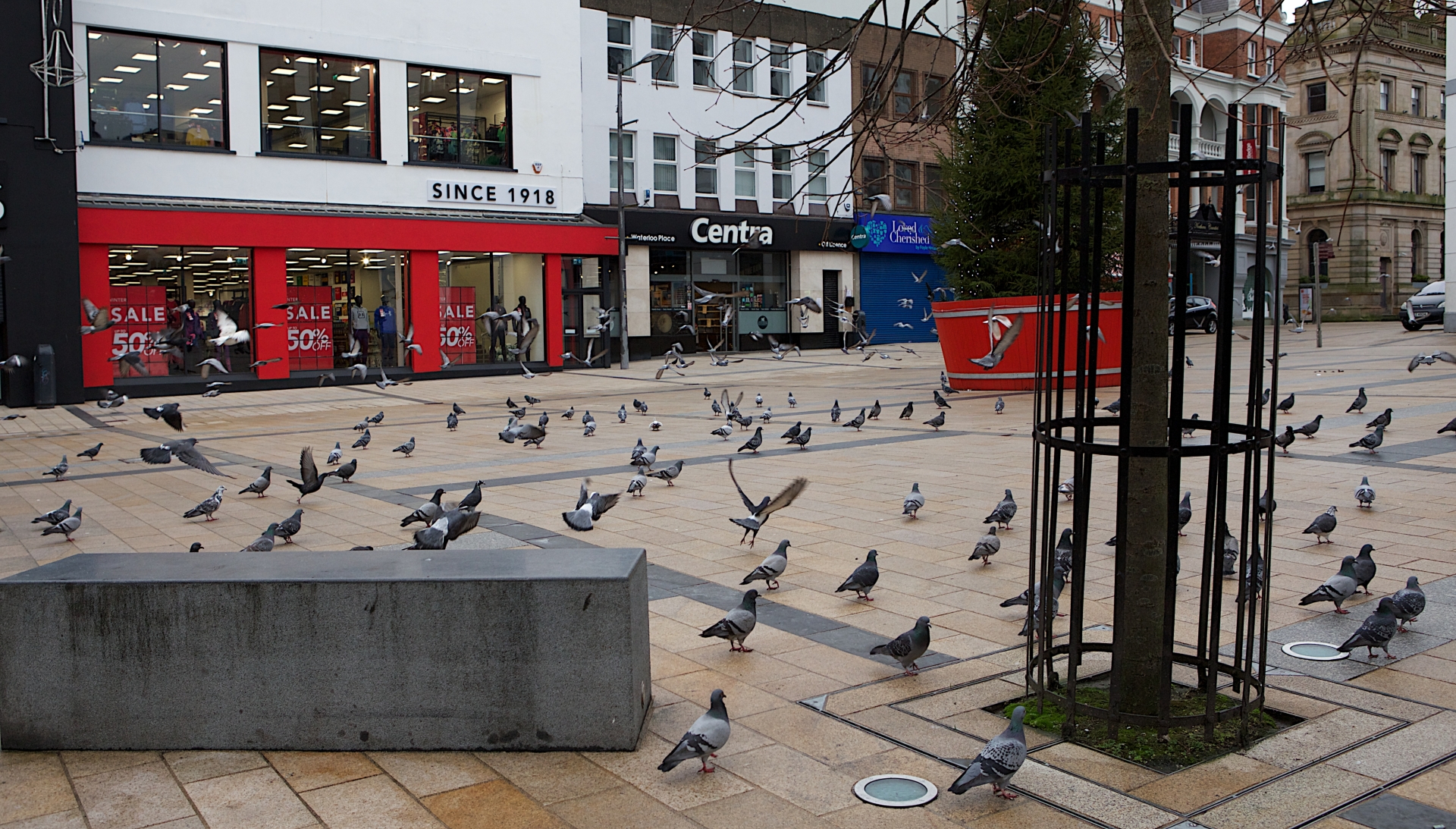 Feral pigeons, also known as “street pigeons”, are derived from the domestic birds that have returned to the wild.
They find the ledges of buildings to be a substitute for sea cliffs, have become adapted to urban life, and are abundant in towns and cities throughout much of the world.
The Northern Ireland Pest Advisory Group warns that pigeon droppings cause an unsightly mess and may also cause “slip” hazards on walkways and pavements. A build-up of pigeon droppings may provide a food source for a range of fly species – their parasites, fleas and mites, can cause a nuisance to humans.
Due to their abilities to create large amounts of excrement and to carry disease, combined with crop and property damage, pigeons are largely considered a nuisance and an invasive species, with steps being taken in many municipalities to lower their numbers or completely eradicate them.
Efforts to spare “architectural treasures” from droppings in the Italian town of Bevagna proved contentious. In 2004 the Mayor outraged animal rights groups by allowing residents to patrol the town and shoot pigeons that were caught befouling the city centre.
Opposing the move at the time a Green Party politician said: “Residents with a gun license can now go on the prowl in municipal territory with a rifle or shotgun on their shoulder, to help safeguard the town’s splendid monuments by killing as many of the birds as they can.”
Last year a pigeon cull was called off in Chester, England, following public outcry when it emerged that humane methods of controlling the pigeon population were scrapped due to funding issues.
The original idea was to encourage pigeons to roost in wooden structure and for a council worker to visit on a regular basis to replace their eggs with decoys to reduce the population.
In addition, pigeon-feeders were asked to feed the birds at this site and banned from feeding in other areas.
Further advice is available at https://www.derrystrabane.com/DerryStrabaneCouncil/media/Environmental-Health/7179-NIPAG-Pigeons.pdf or on the NI Direct Website at https://www.nidirect.gov.uk/articles/dealing-nuisance-birds.