“A giant of the Civil Rights movement, an SDLP stalwart and a great friend to the people of our city. We shall never see his like again” - Former Mayor of Derry City and Strabane District Council, SDLP Councillor John Boyle, speaking following the dath of Civil Rights icon Ivan Cooper. 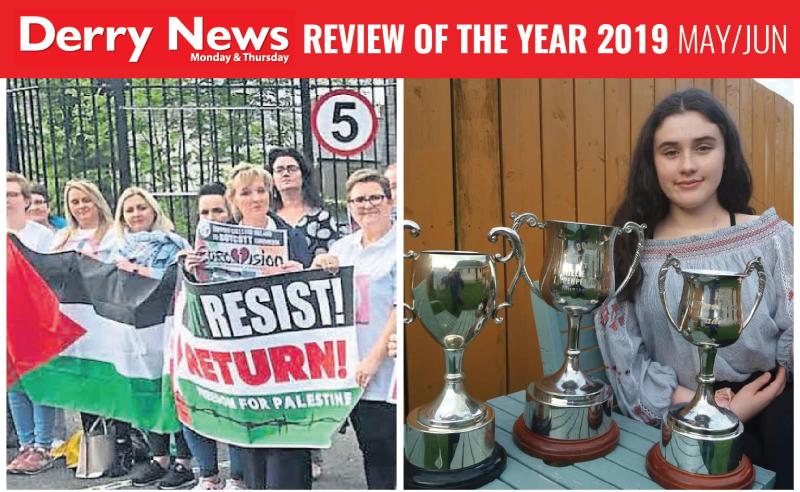 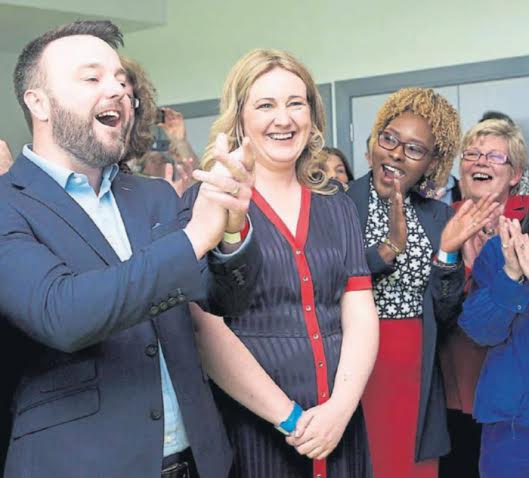 SDLP fight back in local government elections
SDLP leader, Foyle MLA Colum Eastwood, threw down the gauntlet to Sinn Fein, declaring “we are coming to get out Westminster seat back and we are well on our way in Foyle to doing that.”
He was speaking after one of the most fascinating local government elections in living memory in which the SDLP gained two seats,
People Before Profit had two councillors elected for the first time, the Alliance Party had representatives for the first time in almost 40 years and the newly-formed all-Ireland party, Aontu, took a seat on Derry City and Strabane District Council.
It was the loss of four seats by Sinn Fein that opened the door for Mr Eastwood to up the ante. Several long-serving Sinn Fein councillors were among those to lose their seats , including Kevin Campbell and Eric McGinley.
Elected to the Council for the first time in the city were Rory Farrell (SDLP), Anne McCloskey (Aontu), Ryan McCready (DUP), Rachael Ferguson (Alliance), Mary Durkan (SDLP), Shaun Harkin (People Before Profit), Eamonn McCann (People Before Profit), Tina Burke (Sinn Fein), Darren Guy (UUP) and Philip McKinney (Alliance).

Sad passing of John Dunne
Tributes were paid to one of Derry's best known and popular school teachers, John Dunne, who passed away.
One of the original staff members of St Joseph's Boys in Creggan when it opened its doors for the first time in 1963, Mr Dunne spent his entire career of over 40 teaching in the school.
As head of English, he was regarded as one of the most gifted teachers ever to cross the school's doors.

Anger after children's playpark vandalism
A child could have been badly hurt after a Derry playpark was attacked by vandals, a local councillor claimed.
Independent councillor, Sean Carr, was speaking after soft ground covering at the facility at Derrymore Park on the Springtown Road was destroyed.
“This soft tarmac is there for the safety of the small children who use the park and it has been dug up. A child could have gone in there and fellon it.
This is a new estate with lots of young families and the play pack is provided for them.”

Hall of Fame opened at St Joseph's
The launch of a Hall of Fame at St Joseph's Boys School in Creggan saw a long held ambition for the school finally come to life.
Aimed at highlighting the achievements of past pupils in all fields of employment, it was launched in a bid to inspire current and future students to believe they could achieve what they set their minds to.
The new permanent feature of the school was officially opened by former pupil the Mayor of Derry City and Strabane District Council, Councillor John Boyle, in one of his last public engagements as first citizen.

Derry trio on high on Mount Everest
A 69-years-old Derry man who trekked to Mount Everest base camp encouraged others to get off their sofas and embrace the great outdoors.
Well-known mechanic, Tony McCauley, completed the highest trek in the world with his son Ronan, 38, and friend, Ken Crumlish, 35.
After taking up hiking five years previously, Tony, Ronan and Ken set a series of challenges for themselves before trekking the world's highest mountain.
Speaking to the Derry news, Tony said: "We are always up and down Muckish and Carrauntoohil, which is the highest mountain in Ireland. It's good for you and it's good for the head too. There's very little to it. You just head off."

Shirt factory closes with loss of 30 jobs
More than 30 workers were made redundant at one of Derry's last remaining shirt factories announced its closure.
Smyth & Gibson, at Victoria Road in the Waterside area of the city, said the winding up of the firm had been caused by an upsurge in production costs in tandem with a slump in sales.
The company produced high-end garments for many leading outlets and brand names.
Company director, Sam Morrision, said: "It is a very sad day for the company."

Sad passing of Civil Rights icon
There was sadness in Derry and beyond following the death of Ivan Cooper, one of the founding members of the Civil Rights Movement in the North.
President of Ireland, Michael D Higgins, led the acts of respect by saying "With his unshakable belief in the universally and individuality of human rights, Ivan Cooper was a beacon of hope and the embodiment of the power non-violent actions in respect of justice."
Mayor of Derry City and Strabane District Council, Michaela Boyle, said Mr Cooper, a founding member of the SDLP, would be remembered not only for his politics, but also for his "energy, his courage and devotion to the people of the city."

Ulster University doctorates for Derry duo
Two Creggan men spoke of their delight at being presented with honorary doctorates by the Magee campus of the University of Ulster.
The accolades were presented to ommunity activist Eamon Baker and Michael Hutton, educator and one of the founding members of the Foyle Cup international youth football tournament.
Mr Baker, who was conferred as a Doctor of Law for Services to Conflict Resolution and the Community in the North West, while Mr Hutton received a Doctor of Science Degree for Services to the Development of Young People through Education, Sport and Community Engagement.

Anti-social tenants moved from housing estate
Action was taken to remove a number of anti-social tenants from one of the city's newest housing estates.
Clanmil Housing took the decision following a number of unsavoury incidents at its Ballinaska development on the Northland Road.
The most high profile incident was one in which a man was alleged to have raped and attempted to kill a woman.

Calls upsurge to Women's Aid after woman shares story of abuse
Foyle Women's Aid said calls from women suffering domestic abuse had increased after a local woman shared her harrowing experience of abuse and strangulation with the Derry News. Shannon Gormley told her distressing story of abuse at the hands of her former partner, Gerard Quigley (28) and called on others to seek help, declaring even if one person came forward “it would be worth it.”
Quigley, from Rosemount Gardens, was jailed for five months after he admitted attempting to strangle the 22-year-old the previous New Year's Day.
Ms Gormley told how she believed she was going to die and had begun to lose consciousness before Quigley loosened his grip.

Sad passing of Eamon Friel
Tributes were paid to much-loved and talented Derry musician Eamon Friel who died suddenly.
Mr Friel had presented Songbook with Eamon Friel on BBC Radio Foyle and BBC Radio Ulster.
Well-known civil rights campaigner, Eamonn McCann, was among those who paid tribute.
He said: "Eamon was one of the loveliest men you could ever hope to meet."