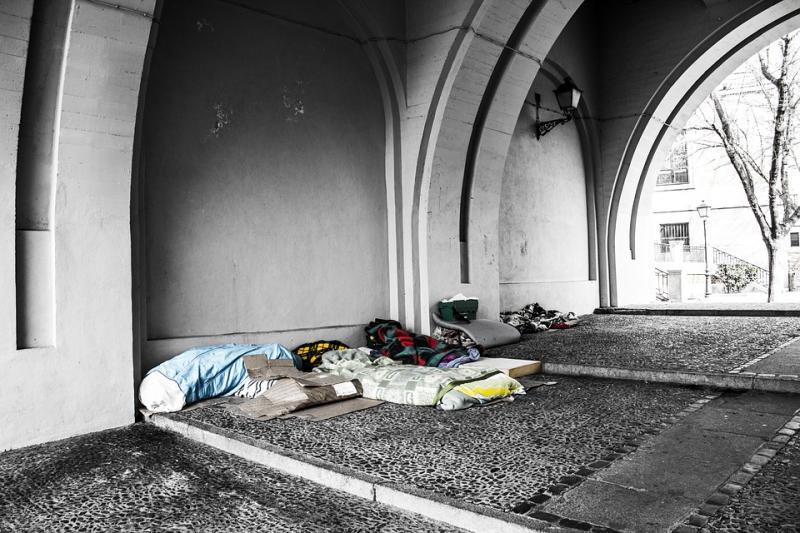 A local homeless charity has extended its opening hours over the winter period to provide additional assistance to vulnerable people in need of support, the Derry News has learned.
A recent Housing Executive count found that nobody is sleeping rough in Derry at present.
The housing authority said it’s testament to the multi-agency groups working to combat the issue. Local people have also played their part through donations and fundraisers for the homeless at this time of year.
Rough Sleepers are people sleeping, about to bed down or actually bedded down in the open air, such as on the streets, in tents, doorways, parks, bus shelters or encampments.
It also includes people in buildings or other places, not designed for habitation such as stairwells, barns, sheds, car parks, cars, derelict boats, stations or ‘bashes’.
Eddie Doherty, Area Manager for the Housing Executive’s Derry City and Strabane area offices, said:
“Together with partner organisations, the Housing Executive completed a rough sleeper street count at the end of November – no rough sleepers were encountered.
“This is a testament to the multi-agency groups working closely to combat issues around street activity and rough sleeping.
“Street Outreach services continue to monitor street activity in the city, and we will continue our work with a range of partners and service providers to help those facing homelessness, many of whom have very complex issues.
“We’ve already helped DePaul to extend opening hours at Foyle Haven Drop-In Centre over the winter months to further assist any vulnerable people in need of support, providing harm reduction and outreach services.
“DePaul also have arrangements in place to open Foyle Haven as an overnight shelter in times of critical weather.”
The Derry Rough Sleeper Street Count took place between 2am and 4am on Friday 29th November and was coordinated by the Housing Executive and First Housing Aid and Support Services.
The street count involved two teams of volunteers from the Housing Executive and First Housing Aid and Support Services.
Methodology for the street counts is broadly similar to the process followed by Local Authorities in England, Scotland and Wales and, therefore, consistent with data submitted to the Ministry of Housing, Communities and Local Government.
It should be noted that this is a count-based estimate of the number of people seen sleeping rough in the local authority area on a ‘typical night’ – a single date chosen by the local authority between 1st October and 30th November.
It is a snapshot and will not record everyone in the area with a history of rough sleeping during that two month period.
The enhancement to the DePaul service will extend the opening hours from: 10am – 7.30pm Monday-Friday, and 12.00pm-4.00pm Saturday to: 9.00am-9.00pm Monday-Friday, 12.00pm-5.00pm Saturday & Sunday.