Four out of Foyle's seven Westminster candidates have agreed to attend 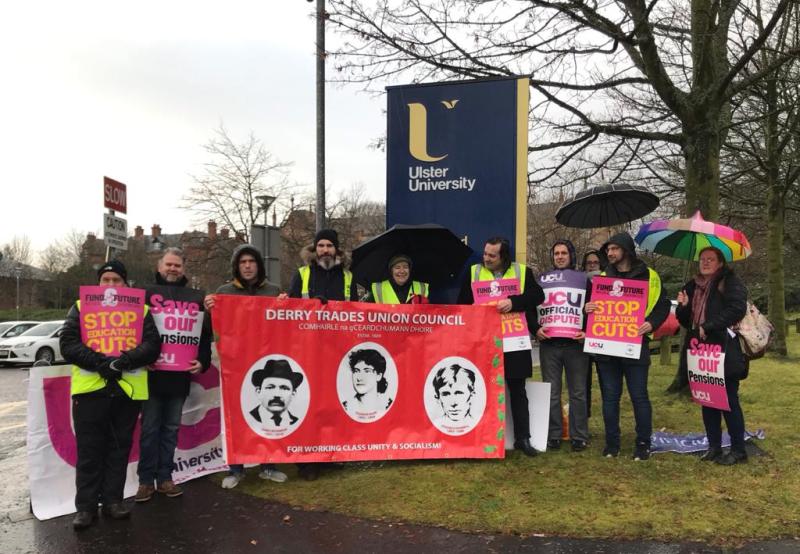 Derry Trades Union Council (DTUC) has organised a workers’ hustings event at which Foyle Westminster candidates will be given the opportunity to “real matters” affecting the lives of local people. Chair of DTUC, Niall McCarroll, has taken the opportunity to extend an invitation to citizens throughout the city.

Niall McCarroll DTUC Chairperson says: "DTUC invites all citizens to come along to our Workers Hustings event, a hustings which will provide an opportunity to show solidarity with those workers currently taking strike action and to engage in a question and answer session with the candidates standing in the upcoming Foyle constituency Westminster elections.
"Conveniently, the narrative for this election is that the British withdrawal from the EU is the main issue in which people should focus and vote accordingly. The establishment political classes systematically set the narrative, attempting to dictate and control.
"This hustings will give people, and specifically workers the opportunity to discuss the real matters at hand. Matters such as cuts to health, education and the diminishing right to social equality and life chances, through poverty pay and the relentless attacks on terms and conditions of employment.
"The narrative at the DTUC hustings will be set by workers; including teachers, classroom assistants, civil servants, Community and Voluntary Sector workers, youth workers, hotel workers, nurses, and Health and Social Care workers, everyone is welcome.
"DTUC send out a message of solidarity to all those workers struggling under a system which values only the system. A solution needs to be found through a determined revolt, inspired by a trade union movement workers led revolution.
"The accessibility of liberty, free from oppressive restrictions would seem to have been achieved for all, but is this the case? When a child goes to school hungry, to a school unable to function effectively due to a lack of resources, where is the ownership of that child's life? Health and Social Care services are collapsing but so too is society, collapsing under the rule of capitalist governments, depriving working class communities of true liberty and opportunity.
"Working class communities deserve better, workers deserve equality, now more than ever we need to organise and mobilise, a class war is raging and key battles lie ahead. This is what this election should be about, fighting back and electing those who will stand up to the establishment, breaking the mould, not just becoming part of the establishment when elected.
"Workers and their families need both political leadership and solidarity.
"The DTUC Workers Hustings will provide the Foyle constituency candidates with an opportunity to listen to workers and detail why a vote for them is a vote to fight, a vote worth giving."
Out of the seven Foyle candidates, four have confirmed attendance, Anne McCloskey (Aontú), Colum Eastwood (SDLP), Elisha McCallion (Sinn Féin) and Shaun Harkin (People Before Profit).
Darren Guy (UUP), Gary Middleton (DUP), and Rachael Ferguson (Alliance) all said they had made prior arrangements and therefore couldn't attend.