The Freedom of the City was conferred on Foyle Hospice founder, Dr. Tom McGinley, in 2014. 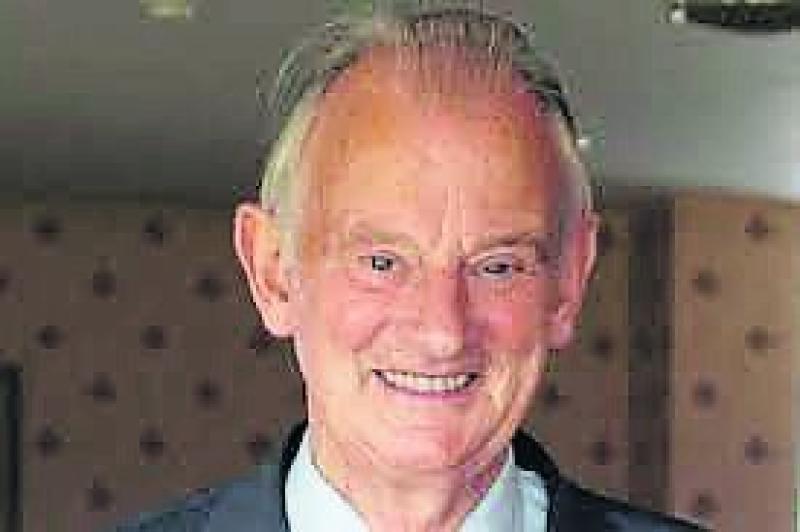 The Freedom of the City was conferred on Foyle Hospice founder, Dr. Tom McGinley, in 2014.
Then Mayor, Cllr Martin Reilly who officiated at the ceremony, said he felt very privileged to confer the special honour on Dr McGinley and formally acknowledge the significant role he has played to benefit the people of the city and wider North West region.
Paying tribute to Dr McGinley at the special ceremony, attended by Dr McGinley's family and held in the, Councillor Reilly said: “Dr Tom McGinley has over the years made a huge contribution to the lives of many people in this city across the wider North West area. The establishment of the Foyle Hospice and his contribution to patients with cancer and other illnesses and their families has been phenomenal and I think it is a fitting tribute to him that he has been honoured in this way. I would like to extend my congratulations to him on behalf of the people of the city.”
The motion to award to Dr McGinley had been proposed by the SDLP group leader on the Council, Councillor Gerard Diver.
He said the name Dr Tom McGinley was synonymous with all that is good in the, and praised the years of dedication and service of Dr McGinley and his colleagues at Foyle Hospice, which has brought so much comfort to those suffering from incurable disease, and their families.
He added: “It is right and fitting that our Mayor Martin Reilly and the Council should honour one of our most hard working and esteemed citizens, who has dedicated his life to the service of others.”
The presentation followed a Special Council meeting at which members of the then Derry City Council unanimously agreed to confer the special honour on Dr. McGinley.