"There's nowhere needs this more than Derry and the North West." 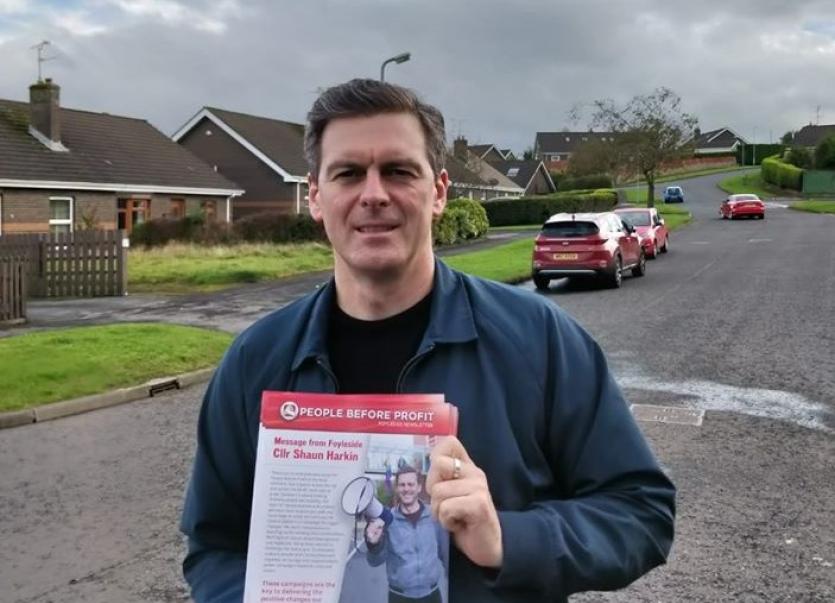 A People Before Profit Westminster candidate has said the Derry public is "extremely" supportive of Labour's socialist manifesto and has vowed to support if elected.

Local Councillor and Westminster candidate, Shaun Harkin, said: "There's been an extremely positive response to the launch of Jeremy Corbyn's socialist manifesto across Derry and Foyle. This is the case among ordinary people from all communities and backgrounds.

"People agree it's time to raise taxes on billionaires and the super rich so that we can properly fund the health service, schools and infrastructure. He's also said he'll get rid of Universal Credit and other vicious welfare reforms. The manifesto proposes ending the privatisation of public services. There's nowhere needs this more than Derry and the North West.

"Proposals to raise the minimum wage, create free childcare, build social housing and abolish student fees are also extremely popular. Corbyn's proposals will be opposed by the rich, the privileged and elites. These are all proposals People Before Profit already support and would vote for in Westminster.

"Sinn Fein, the DUP and Alliance all voted to bring in Tory welfare reforms here. The SDLP and Sinn Fein actually want to cut taxes on wealthy corporations here to a rate even lower than what Boris Johnson and the Tories want. In the 2017 Westminster election the SDLP spent much of their time on doors of working class areas of Derry distancing themselves from Corbyn's manifesto claiming it was too socialist and too radical - while they created a partnership with Fianna Fail elites in the South. They're all complicit in the privatisation and running down of public services.

"Our vision of a socialist Ireland is gaining support among ordinary people North and South who've had enough of broken promises, austerity and self-serving elites."