Rebecca Harkin is ready to release her debut album. 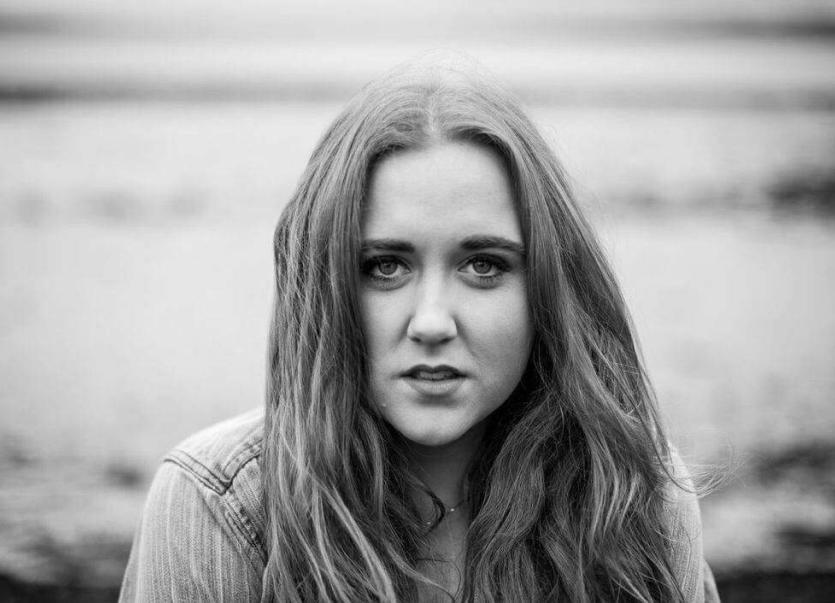 Rebecca Harkin is ready to release her debut album. She told me “This album has been such an experience to record, everything from the lyrics to the melodies all come from deep in my heart, the laughs in the studio with some of Irelands most talented musicians I’ll remember always. It’s been the best few years making this. I wanted my first album be sound just like me, and that’s the beauty of being an independent artist. I had full control of what I wanted this album to sound like, and hopefully in the long run people will be able to relate to the lyrics & music the way I have”.
The album was mainly recorded at blast furnace studios in Derry and she went on “I’m lucky enough to get some of the best session musicians on the album. I have Conor McCauley on drums who I’ve been gigging with for years, Jonny Nutt on bass, also known as Jonny the funk and one of the best bass players in town, Robert peoples & Rebecca o Doherty on strings”.
She’s already released the single “Fall like Me” and it shows where  Rebecca  really stands out, she doesn’t fall into the usual genres.

There aren’t that many peers or outlets in a town like Derry so if your music isn’t the usual kind of guitar or dance music, and stands alone do you get nervous?
“I think all songwriters are nervous putting their music out as it comes straight from the heart. I can always sing the things I can't say. But I didn't want it to sound like most of the current albums. I've always listened to people who have their own stamp and wanted to try to do the same with this track and the album. That was important to me. I listen to a lot of new music and find it all sounds the same. Same accent, same minor key and same textures. It was important to me to make sure it didn't go down that road and just sounded like me. Hopefully that comes across”.

What sort of stuff are you influenced by?
“I was lucky to grow up with parents who had a great taste in music. My folks played artists like Tom Waits, Gilbert O’Sullivan, Neil Young and Glen Campbell on repeat on the way to school or in the kitchen. So, respect for song writers were always a big thing in our house. I think that was my biggest influence was both my parents and anyone that could write their own music. My own influences would probably be Bon Iver, Amy Winehouse and Thin Lizzy....so it's a bit of everything really. Good lyrics and an original sound!”

After a chat about Stageit gigs we then getting talking about  how Derry musicians feel about performing at home and how  they can ask people to help them and how for independent artists social media is a massive tool to connect with a following all over the world, this makes it more accessible for them to perform to the wider audience at the one time. Which is a broad and fascinating area and as  Rebecca  puts it “It’s cool that I got to spend my album launch party with them and they’re a part of that after all these years leading up to it”.

Moving lazily on are there any plans while you’re back and for the future?
“I’ve only got 1 more Derry gig this year at the Sippy Festival Saturday 30th of Nov, as I’m leaving for Japan in two weeks to perform on a ship around Asia. My album launch will be streamed live online Fri Nov 29th worldwide on stageit.com where you can tune in online for the full event! I have a live audience and party ready to rock with the album and live music! Really looking forward to the big show! My plans are tour with full band. It's time to do the fun stuff after all the work and time it's taken to write, record and pay for a full album which we all know isn't easy. Then it's back to the drawing board for the next album!”.
‘Things Man Be Someway’ from the 29th and will be available for download & streaming on iTunes, Apple Music, Spotify & google play, and physical CDs are available from Cool discs, Yellow Yard and , while you’re sitting on the internet and you fancy any of her gear or tickets to any of her gigs you might as well like her Facebook page, etc.