Forester Liam Emery (51), planted this Celtic Cross design nearly 14 years ago in the woods near Killea. 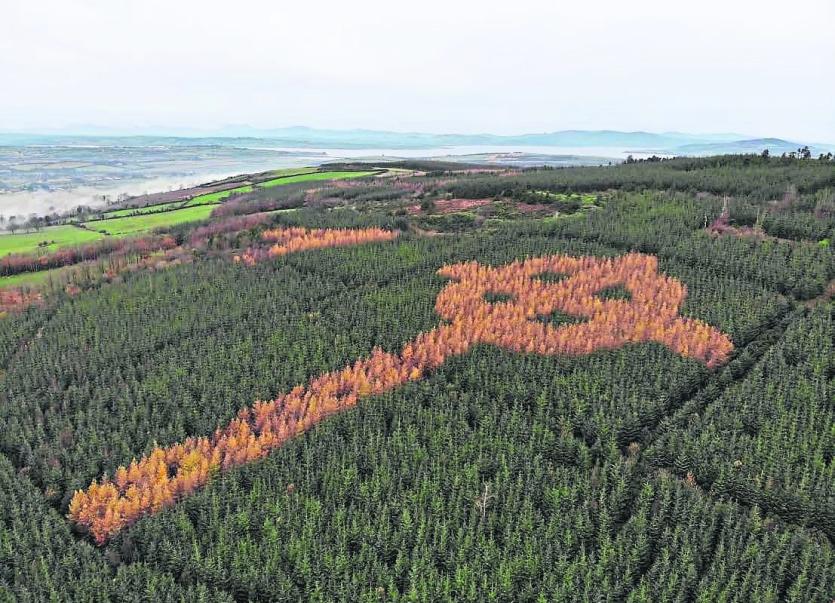 An aerial view of the famous Celtic Cross in Killea

Forester Liam Emery (51), planted this Celtic Cross design nearly 14 years ago in the woods near Killea.
Mr Emery planted different types of trees, keeping the project mostly to himself.
He died in 2010, at the age of 51, after an accident left him unwell for two years.
Unfortunately, he never got to see this amazing creation he left behind.
The cross was first spotted by passengers flying into the City of Derry Airport. It measures more than 100 metres in length and 70 metres wide.
It is not known for sure when Mr Emery planted the Celtic Cross, but, in an interview with his son, Declan, he talked about how testing the planning behind the cross must have been for his father.
“To get it perfectly proportioned and equal would have been testing but once this was done the actual planting of it would have been more straightforward having the markings so accurate,” he said. According to popular legend, the Celtic Cross was introduced by St Patrick when he was converting the pagans in Ireland to Christianity. Others, however, claim it was St Declan who introduced the cross. Coincidentally, Emery has a son called Declan.
But Liam’s son Declan doesn’t believe the two are linked.
“I’d love to claim that it was done in my honour! I’ll have to settle for it being a coincidence though,” he said.
The cross will be visible for the next 60 to 70 years.