A clean up of the walkway and steps between Fahan Street and Joseph's Place in the Bogside has been carried out by Éistigí. 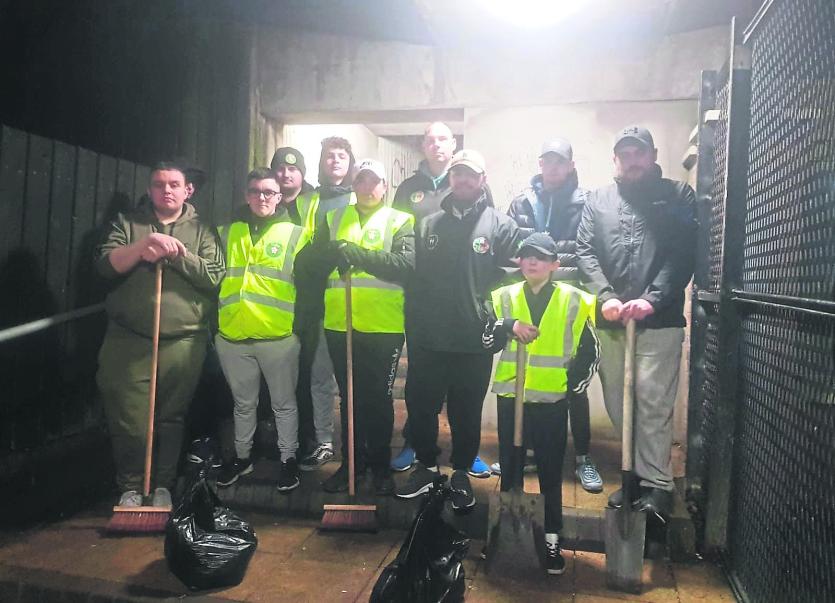 Éistigí members who took part in the clean up.

A clean up of the walkway and steps between Fahan Street and Joseph's Place in the Bogside has been carried out by Éistigí.
Itwas the second clean up with in a week in the area by members pf Saoradh's National Youth Department.
“A spokesperson said: “Over the past number of weeks Saoradh have been inundated with concerns from residents living in this area, particularly elderly residents, regarding this walkway being a hot spot for anti community activity.
“Saoradh activists, since the concerns have been raised, have been engaging with residents in this area and have liaised with some of the young people involved in gathering at this walkway.
“It is important for us to point out that a lot of the young people gathering at this location aren't here for sinister reasons or to annoy residents, young people simply gather in places like this because of the lack of facilities and investment in working class communities.
“There’s not much for our youth to focus on or occupy their time, and it's important not to demonise young people because of a lack of opportunities or resources.”

The spokesperson added: ”Éistigí opted to clean the walkway this evening due to the concerns of residents who use it on a daily basis. The aftermath of anti community activity and young people gathering has now been cleared much to the delight of those in the area.
“Saoradh and Éistigí will continue to engage with residents in this area in the coming weeks and will continue to liaise with the young people concerned.”
Concluding, the sokesperson said:”We don't need a futile British snap election to encourage our activism.”