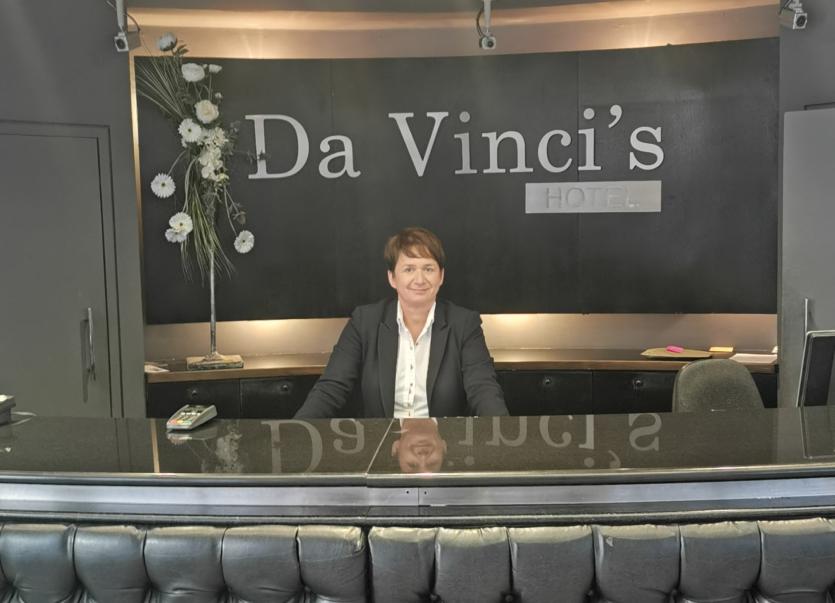 Olga Henry, general manager of the four-star Da Vinci's Hotel on the Culmore Road in Derry.

In September last year, Olga Henry was appointed as general manager of DaVinci’s Hotel. Since her appointment she has project managed the development of the former nightclub annex into Caterina’s Bistro with a £500,000 investment.
Since opening its doors, Caterina’s has flourished and attracted rave reviews from both locals and international visitors alike. This has resulted in achieving its first set of awards from Open Table UK including Best Overall Dining Experience in Northern Ireland.
To celebrate the 20th anniversary of the hotel in 2020, the next phase of the complex development will focus on the bedroom refurbishment.
With two sample bedrooms already completed to a modern and luxurious design, Olga is keen to roll this new level of standard throughout the remaining bedrooms.
The hotel has also seen a surge in meeting and events business with the former restaurant, grill room, available for private hire for events of all occasions including weddings, birth- days and anniversaries.
Olga makes the short trip over the Glenshane from the braes of Moneymore each morning, and has a wealth of experience in the industry, having managed the Everglades, the Ballygally, the Templeton, and worked for the Swallow and Hilton groups in Scotland.
She has also worked with Sainsbury’s Supermarkets and ran her own catering company.
She holds a Masters Degree in HR (human resources) and with her foundations rooted in HR, her key focus is to develop the team with an aim to be the best employer in the city.
Most recently, she has been appointed onto the board of the Northern Ireland Hotels Federation and relishes the opportunity to be an integral part of the developing the industry within the North West region.