A fight involving the use of a knife amongst a number of men in the Ballymagroarty area of Derry in recent days has prompted moves by local community representatives to prevent future outbreaks of similar violence in the district. 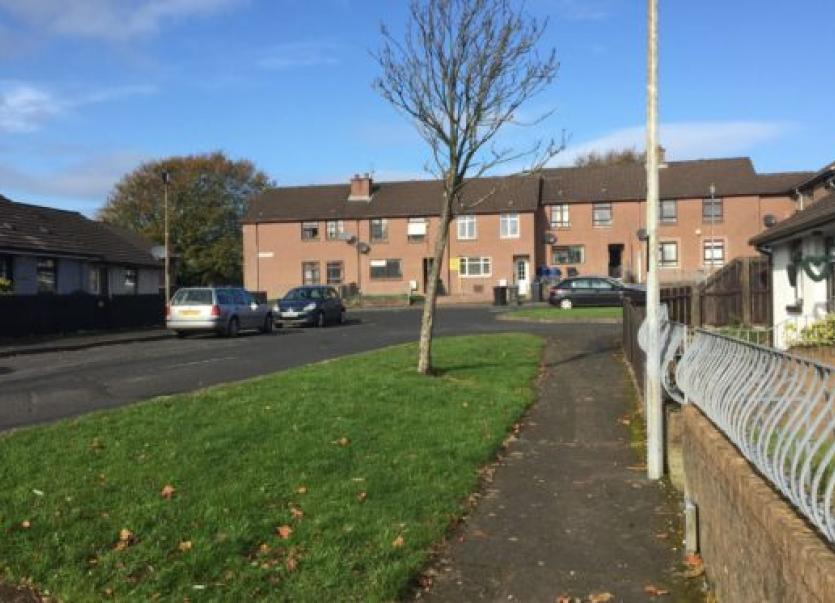 he incident took place at John Field Place in Ballymagroarty.

A fight involving the use of a knife amongst a number of men in the Ballymagroarty area of Derry in recent days has prompted moves by local community representatives to prevent future outbreaks of similar violence in the district.

Police have confirmed that two men in their 20s were hospitalised after the altercation at John Field Place in the district on Wednesday, October 16. Another assault was then reported to the PSNI in the early hours of the following morning.

In a statement to the Derry News, Dectective Sergeant Michelle Boyd said: “Shortly after 4.15pm it was reported that an altercation took place between a number of men in the area. This is a built up residential area with young children and families.

“Two males aged 23 and 29-years-old were taken to hospital for injuries, which are not believed to have been life threatening.”

However, another apparent outbreak of violence took place in the same area in the early hours of Thursday morning (October 17).

Detective Sergeant Boyd added: “At around 0.55am, it was reported that another assault took place in the John Field Place area.

“Two males aged 23 and 29 were arrested on suspicion of a number of offences relating to the assaults including the possession of an article, blade or point.”

Independent Councillor for the district Sean Carr said: “Obviously I condemn this behaviour. There are better ways to resolve issues than resorting to violence.

“This shouldn't be happening in front of children in broad daylight. If it continues someone will end up being killed.”

Former Sinn Fein councillor Billy Page, a community worker in the area, told the Derry News: “There will be a number of meetings in the area in the next few weeks to which a number of statutory agencies have been invited. These meetings will be aimed at highlighting these acts of violence in the area and the resolutions coming out of that will reflect the views of all the residents in the area.”

And, in a statement Saoradh representative Paddy Gallagher said: “The fact that a knife has been brought onto our streets is a worrying development. Criminal and anti-community activity has been increasing in this area in recent weeks.”

Mr Gallagher also criticised the PSNI who he said detained two of his party's members as they attempted to help residents as the incident unfolded.

“Saoradh, since our formation, have and will continue to assist residents at their request. No amount of harrassment or intimidation will stop Saoradh working with working-class communities,” he said.