The funeral details of Professor Patrick Johnston, vice-chancellor of Queen's University Belfast, have been announced 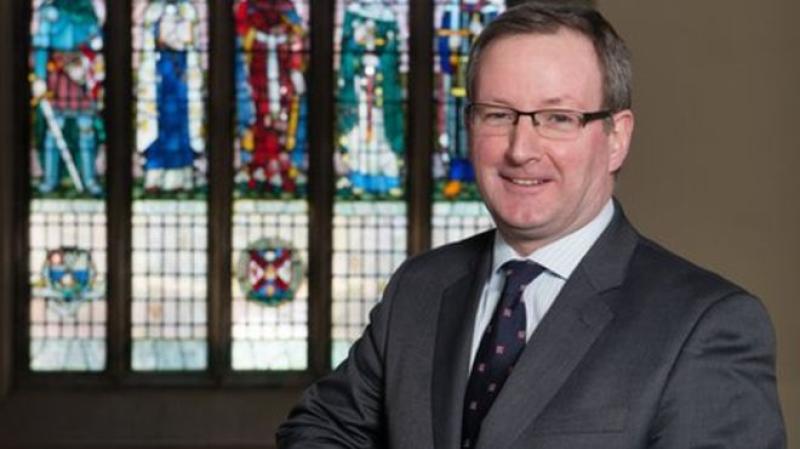 Funeral details have been announced following the death of vice-chancellor of Queen's University Belfast, Professor Patrick Johnston. Professor Johnston came from Derry and was educated at St Columb's College. He will repose in his family home at Lennoxville, Malone Road, Belfast at 10.30am on Thursday 8th June for 11 o'clock Requiem Mass in St Brigid’s Parish Church, Derryvolgie Avenue, Belfast. The service will be followed by burial in Desertegney Cemetery, Linsfort, Buncrana, Co. Donegal, expected at approximately 5 o'clock. Family and friends are welcome at the family home between 12 mid-day and 9pm on Wednesday. Family flowers only please, donations if desired to Cancer Research UK or to Cancer Focus Northern Ireland. Staff at QUB were told of his death in an email from Queen's university's registrar, James O'Kane on Sunday. "It is with a deep sense of shock and loss, we announce the untimely and sudden death of our Vice-Chancellor, Professor Patrick Johnston," said Mr O'Kane. SDLP Foyle Westminster candidate Mark Durkan expressed his deep shock and sadness at the untimely death of Derry-born Professor Patrick Johnston. Mr Durkan described him as ‘a powerfully decent man’ who worked towards world-class cancer services and performance in Northern Ireland.     “I extend my deepest sympathies and condolences to Paddy’s wife Iseult, his four sons and wider family circle and friends at this very sad time,” he said.
ADVERTISEMENT
Advertise with Us
ADVERTISEMENT
Advertise with Us