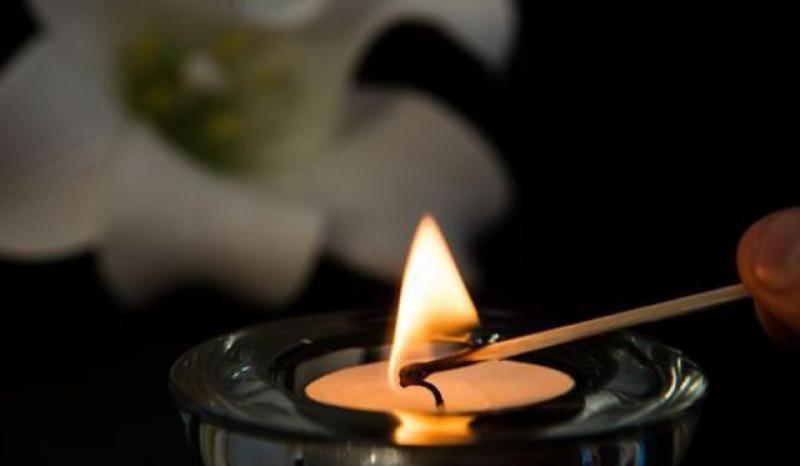 MCALARY, Brendan - 4th November 2017. Peacefully at hospital Brendan R.I.P. beloved husband of Bernadette, loving father of Sharon, Fiona and Declan and dear brother of Peggy and Maureen. Funeral from his late residence, 163 Drumagarner Road, on Monday at 10:30am for 11 o’clock Requiem Mass in St. Mary’s Church, Drumagarner. Interment afterwards in adjoining cemetery. St. Pio pray for him. Deeply regretted by his sorrowing wife, son, daughters, grandchildren, sisters and entire family circle. Family flowers only please. Donations in lieu, if desired, to Parkinsons UK c/o McKiernan & Sons, 45-47 Maghera St. Kilrea. BT51 5QL. RAMSEY (née Mellon), Mary - 3rd November 2017 R.I.P.: beloved wife of the late Billy, (formerly of Ardnashee Park) loving mother of Kieran, Billy and Paula, dear grandmother of David, Nicole, Ethain, Cameron, Ciara, Rebecca, Ieshia and great grandmother of Sophia. Funeral from her home 66 Elmgrove on Monday at 12.50 pm for 1.30 pm Requiem Mass in St Patrick’s Church, Pennyburn. Interment afterwards in the city cemetery. Queen of the Most Holy Rosary Pray for Her. O'HAGAN, Peter - 4th November 2017. Peacefully at Foyle Hospice, Peter, Beloved Husband of Christine, Loving Stepfather of Emer, Matthew and Vincent, Dear Son of the Late John and Isabel, Loving Brother of Brian, Dolores, Eamon, Dessie, Kieran, Isabel, Gerard, Paul, Martin, Michael and the Late John, Paddy and Michael. Funeral leaving his home 52 Culmore Road on Monday the 6th. lnst. at 9:20A.M. to St. Patrick's Church Pennyburn, for Requiem Mass at 10:00A.M. Interment afterwards in The City Cemetery. Sacred Heart of Jesus have mercy on his soul. Our Lady of Lourdes intercede for him. CALLAGHAN, Edward (Ted) - 3rd November 2017, peacefully at Altnagelvin Hospital, EDWARD (Ted), beloved son of the Late Margaret, loving brother to James, dear brother-in-law to Catherine. Funeral leaving his home, 5 Ederowen Park on Monday, 6th inst. at 9:50AM to St. Joseph's Church, Galliagh for requiem mass at 10:30AM. Interment afterwards in the City cemetery.Sacred Heart of Jesus, have mercy on his soul. Our Lady of Lourdes, intercede for him.
ADVERTISEMENT
Advertise with Us
ADVERTISEMENT
Advertise with Us