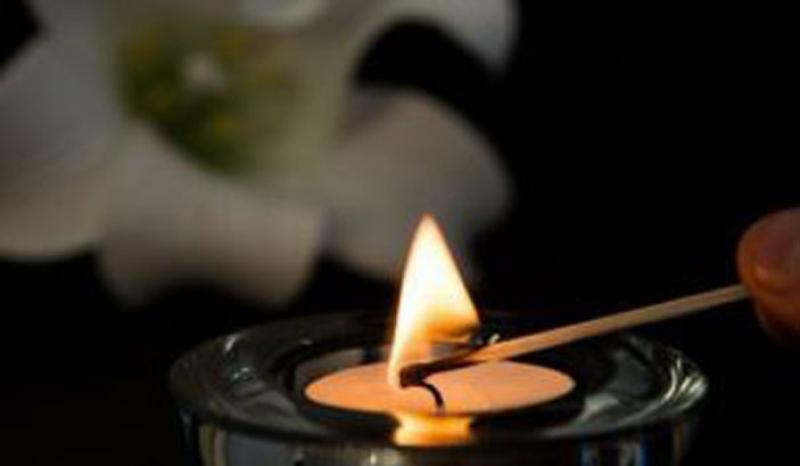 KAVANAGH, 15th March 2018, Gerard (Gerry), formerly of Ardnamoyle, beloved father of Séan, beloved son of the late Harry and Molly and dear brother of Pam, Charles, John, William, Majella, Clifford and the late Larry. Funeral from his brother’s home, 13 Amelia Court on Saturday at 11.50 am for 12.15 pm funeral mass in Our Lady of Lourdes Church, Steelstown. Interment afterwards in the city cemetery.  Sacred Heart of Jesus Have Mercy on his Soul.

O'NEILL, 14th March 2018, Gary, R.I.P. Late of 8 Railway Lane, Dungiven, Co Derry. Loving husband of Mairead and dear father of Simon, Daniel and Mark . Much loved son of Seamus and Anne and dear brother of Joanne, Nuala and Declan. Reposing from his late residence from 3pm Friday, funeral will leave from there on Sunday 18th March at 12.10pm for requiem mass at 1pm in St Patrick’s Church Dungiven, interment immediately afterwards in the adjoining cemetery. Family flowers only and donations if desired in lieu to AWARE N.I. c/o McLaughlin Funeral Directors. Family home private from 10.30pm to 11.30am. Deeply regretted by his loving wife and sons, mother and father , sisters and brother, sisters in law and brothers in law and the entire family circle. Sacred heart of jesus pray for him. Enquiries to Mc Laughlin Funeral Directors Dungiven 07747046084

DEERY, 14th March 2018, Charles, R.I.P. beloved son of the late Jimmy and Jean, 75 Cromore Gardens, dear brother of Celine, Bridie, Neil and the late Jimmy, Bernard and Sean. Funeral from his sister’s home 152 Creggan Heights on Friday at 12 o’clock for Requiem Mass in St. Mary’s Church, Creggan at 12.30pm. Interment afterwards in the City Cemetery. Sacred Heart of Jesus have mercy on his soul

DEENEY (née Ward), 13th March 2018, Gertie, R.I.P., beloved wife of Brian, loving mother of Christine, Tracy, Jason and the late Desmond, much loved grandmother of Kirsty, Dylan and Brandon, great grandmother of Aria and dear sister of Margaret, Maureen, Josie and John. Funeral from her home, 4 Castle Gardens, Limavady on Friday at 9.30 am for 10 o’clock Requiem Mass in St Mary’s Church, Limavady. Interment afterwards in the adjoining cemetery. Queen of the Most Holy Rosary Pray for Her.