Hughie Heron - A lifetime of memories 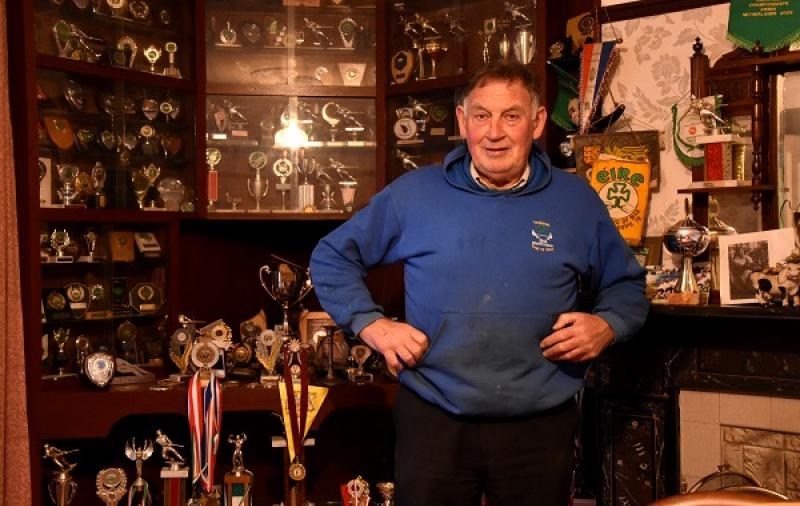 On the same day the 2018 World Cup kicked off in Russia, county Derry waved goodbye to a pillar of local sport.  Hughie Heron passed away after a long illness. Hughie was the son of the late Patrick and Mary and brother of Margaret (Gray) and the late Carmel (McCartney) and Patsy. Many reading this won’t know him.  For the lucky ones, he left a lasting impression. From his ‘first pull’ in 1965 until 2004, just months short of his 62nd birthday, Heron was the doyen of tug of war.  A sport that ferried him around the world. Hughie was a giant, not only in stature with his shovel-like hands on the rope, but the impact he made on those around him and the imprint he will leave behind. Just four months after starting with the County Derry Post I met Hughie for the first and only time, doing a feature on his beloved Bancran Tug of War Club, which he founded.  I am still the richer for it.

He had a story to tell, devoid of any of the run of the mill clichés you hear rolled out week after week.    Hughie was man that could make sport interesting, yet funny.  His presence filled the room. I remember the phone ringing during our conversation.  Hughie told the caller he was talking to a man about tug of war and he would call later.  That’s where his beloved sport sat in the pecking order.  Almost everything else came second. If his passport could talk, it would engulf the room with tales and facts from Sweden to Switzerland and from American to Australia. There was a passion bubbling inside his imposing frame.  A fanatical interest in a sport that won’t have grabbed the same headlines as Ronaldo did for electrifying the World Cup on Friday night. The Bancran Road takes you from the parish of Ballinascreen on the road to Tyrone.  They won European silver medals in 2013 and 2017.  Bang in the middle was the 2015 gold medal - the ultimate.  Something that still is etched on in yellow letters on the side of the shed beside his house. It is more than a shed.  It’s the hub of sweat and graft, where titles are won.  One built by the Bancran team that Hughie assembled.  A passing of ownership down a generation. The spirit generated inside by Hughie gives a rural community an identity across the world. The club’s invitation for the rest of the tug of war fraternity to join them at Straw Chapel for a guard of honour at Hughie’s funeral says it all. The local St Eoghan’s PS held a celebration reunion night on Friday and Hughie’s visit to the school a number of years earlier was remembered. He was just that sort of character.  His influence left a lasting memory. When the club assemble for their next training session, there will be a void.  They will miss him.  But as they take a break between pulls for a swig of water and a chance to draw breath, they will share stories of the days of old and laugh at the good times. Gone but not forgotten.  Rest in peace Hughie.
ADVERTISEMENT
Advertise with Us
ADVERTISEMENT
Advertise with Us