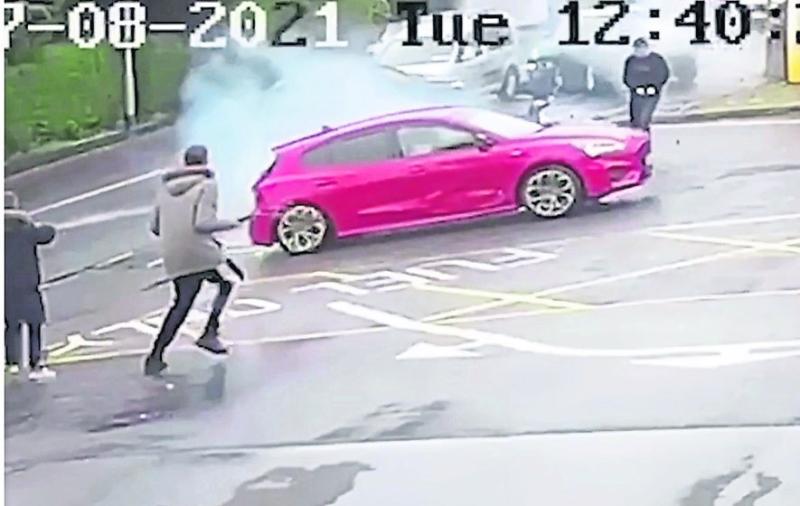 The incident went viral on social media after being captured on camera.

A man who was involved in an incident as part of a Traveller feud on the Buncrana Road in Derry last year that went viral on social media has been given a suspended sentence at city's Magistrates Court.

Martin Mongan (26), of Ballyarnett Camp on the outskirts of the city, admitted a charge of possessing a bladed article on August 17.

The court heard that police were called to an ongoing incident which had followed a collision which had taken place next to a filling station.

The court was told Mongan was seen getting out of a vehicle at the scene with a yellow Stanley knife in his hand before entering a premises where he was found hiding in a toilet at the rear of the property.

The Stanley knife was found hidden in the toilet. 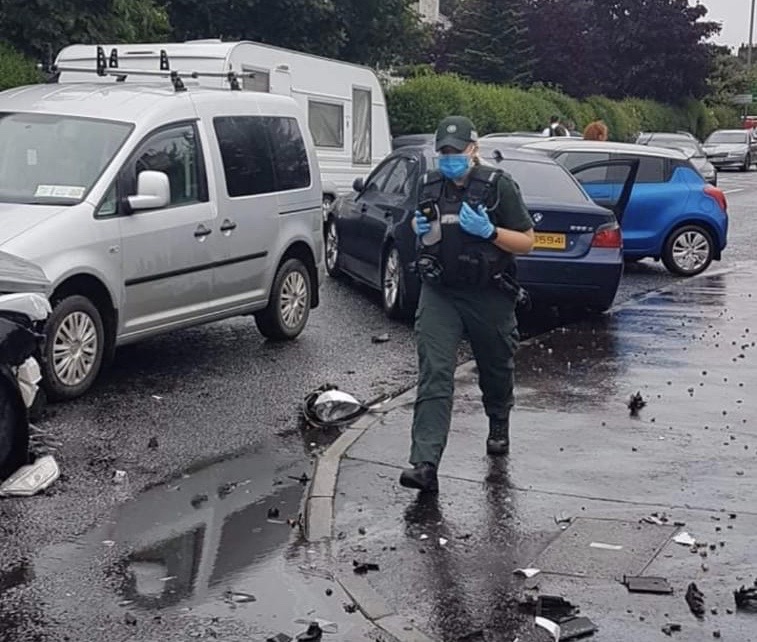 A police officer pictured at the scene of the Buncrana Road incident.

Defence solicitor Seamus Quigley told the court Mongan had been on bail since August with no incident. He said his client had got 'caught up' in something but 'quite quickly realised where it was going.'

Mongan was sentenced to three months in prison suspended for two years.