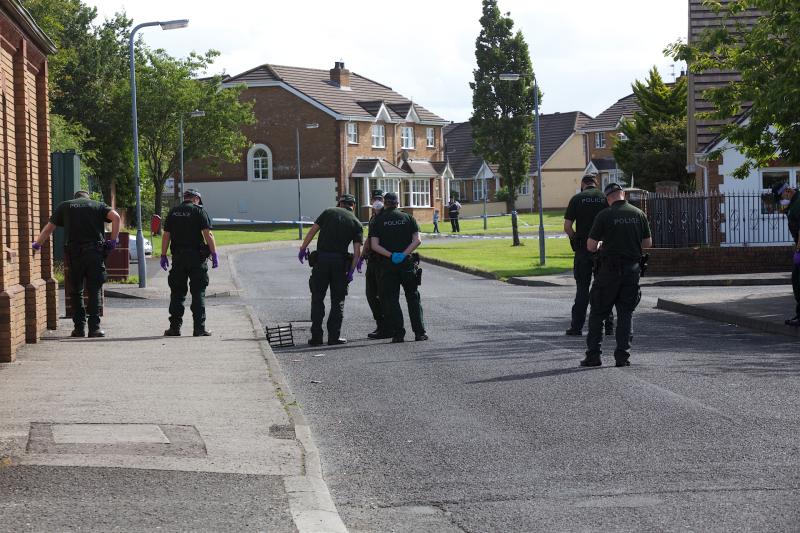 PSNI officers examining the scene of the shooting in the Sevenoaks area of the Waterside.

A Derry man has been found not guilty of attempting to murder a 'love rival.'

Robert Gillespie (53) of Tamneynore Park had been charged with the attempted murder of Warren Roberts at Sevenoaks in the Waterside area of the city on July 24 2018 and also possessing a shotgun on the same date.

After a six day trial at Derry Crown Court sitting in Coleraine the jury cleared Gillespie of attempted murder but guilty of possessing the shotgun.

The court had been told that the incident related to a sawn off shotgun that was fired at Warren Roberts car as he returned from work.

In his defence, Gillespie had claimed he was not trying to kill Warren Roberts, who was going out with a woman Gillespie previously had had an affair with, but was only trying to scare him.

Gillespie had previously admitted eight charges relating to other incidents in which Mr Roberts car had been burned out and a bullet posted through the letterbox of the woman's house.

Following the verdict, Judge Philip Babington said he would pass sentence in the case on August 26.

Defence counsel Kieran Mallon said his client accepted that he was facing 'a significant custodial sentence' and requested a pre-sentence report to be prepared.

The judge told Gillespie it was a very serious matter and remanded him in custody prior to sentencing.