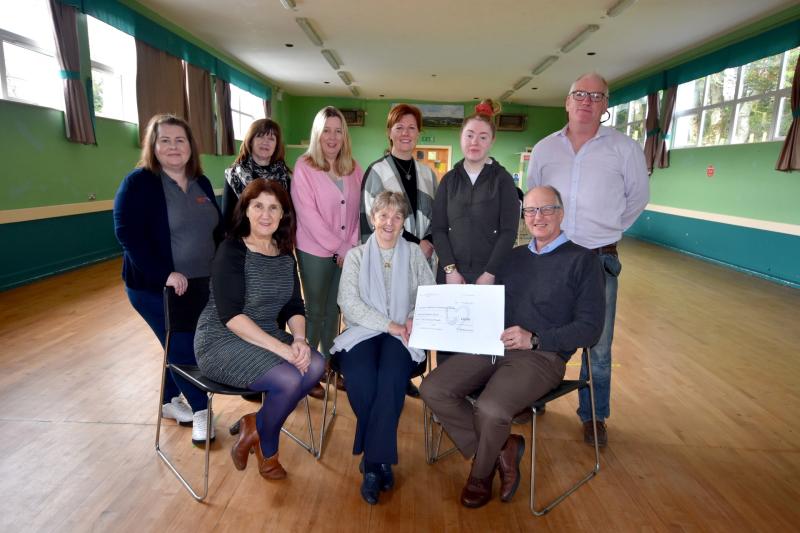 Members of Learmount Community Group accept a cheque for £10,000 from the McGrellis family for dementia services. The money was raised through a Golf Day held in memory of the late Dan McGrellis.

In September 2015, Caroline Lynch, the manager of Learmount Community Development Group, noticed that a few of their regular members had stopped coming to classes in the centre.

“A few of these people had been coming to classes even before I had started working here and I found it strange that they had just stopped coming all of a sudden,” she said.

“One day I was in the shop and I met one of the member's daughters and I said to her 'is your mammy not coming back (to class)?' She told me she wasn't as she was in the early stages of dementia.

This development within the Park-based group prompted Caroline to take action and so she got in touch with the Alzheimer's Society straight away.

Within weeks, the group had organised a dementia awareness workshop which saw almost 30 people turn up.

Caroline said: “When we saw the turnout at these events we thought to ourselves 'there's something happening here, we have high numbers of people in the community looking for information on Alzheimer’s'.

“We were overwhelmed with the interest and numbers attending and this led to two further workshops being organised with one specifically for businesses – 14 businesses attended.

“The large attendance at the workshops subsequently led to the formation of a support group and a volunteer led 'signposting' centre facilitated by Marie Gormley.”

Having noticed the demand within the rural community for more support, Caroline helped set up a partnership between the Learmount group, Alzheimer’s Society and Claudy Health Centre to register to become a Dementia Friendly Community (DFC).

The funding was used to make dementia-friendly adjustments to the community group's building.

This included signage, colour coding, training facilities and utensils that those with dementia could use.

After seeing an advert in a paper for the Old Library Trust's Memory Cafe, Caroline set off for Derry to try and find out how she could set up a similar one in Park.

This meeting started a conversation with the Old Library Trust who expressed an interest in including the Learmount group in their DEEDS (Derry Engaging and Empowering Dementia) project.

Shortly after the Old Library Trust secured funding through the National Lottery Community Fund for the project, Learmount's Dementia Social Club was born.

“We see ourselves as a 'Dementia Hub' for the community and these mornings work so well for us – they are just the loveliest mornings and everyone benefits from them,” continued Caroline.

“The carers come along as well and they get so much out of it too because they are meeting other carers who are dealing with the same concerns as them.

“We have such great volunteers here in Learmount who have so much enthusiasm and dedication turning up weekly to help the group.”

In 2016, Learmount Community Development Group were nominated by the Alzheimer's Society for their Dementia Friendly Awards, which they ended up winning.

The north Derry group's services are also listed in the Alzheimer's Society's literature which is distributed as far away as Scotland.

“The social mornings happened so naturally and it just goes to show you if there is an identified need, opportunities will arise from it,” said Caroline.

Although Covid-19 halted the social mornings run by the centre, they have since reconvened and members are delighted to be back.

Just a few weeks back, Mayor of Derry City and Strabane District Council Graham Warke paid a visit to the Dementia Social Club to congratulate them on being awarded runner up in the 'Well Being' Category of the IPB Pride of Place Awards.

The group was nominated for the award by the council and were delighted to receive recognition for the work of their dementia volunteers, families, the Learmount Group and their DEEDS partners at the Old Library Trust.

“Having this service is great because in rural areas it helps to remove the stigma and families are more willing to come forward and receive the support that's there on their doorstep,” continued Caroline.

“We have guest speakers who come along to the social mornings and it’s just great to have that support around the table.

“We would like to thank DEEDS, Claudy Health Centre and the Alzheimer's Society for bringing their knowledge and support. They have been so supportive of the work that we are trying to do.”

Although they are at full numbers for the social mornings at present, Caroline hopes going forward they will be able to get more families on-board.

“Dementia sufferers get huge benefits from the social mornings, members look forward to coming here because it is a safe environment and they feel included in the community.”

The McGrellis family recently visited the Dementia Social Club to present Patrick Conway, chairperson of the Learmount Group, with a cheque for £10,000 the proceeds from their Dan McGrellis, Memorial Charity Golf Day held on August 27. In total the McGrellis family raised £20,000 which was divided between Learmount Dementia Group and Marie Curie. Patrick Conway thanked the McGrellis family for the overwhelming amount raised at the charity event. Patrick continued that the generous donation would be used specifically to retain dementia services in the local area and would have a huge impact on the support we can offer families.

“Over the past six months, Learmount dementia services have received numerous donations from families living in the area – Shaun Mulhern and Ciaran Hutton, Annie-Teresa O'Kane and family and the McGrellis family - which we are so grateful for and it means that we won't lose our services if funding is stopped.”

Patrick encouraged anyone who has a family member who has entered the early stages of dementia and would like support to get in touch by contacting the Learmount Group on 02877781881. 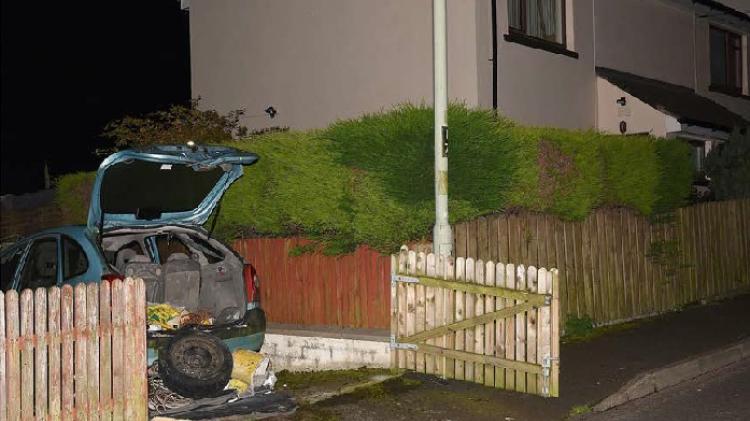