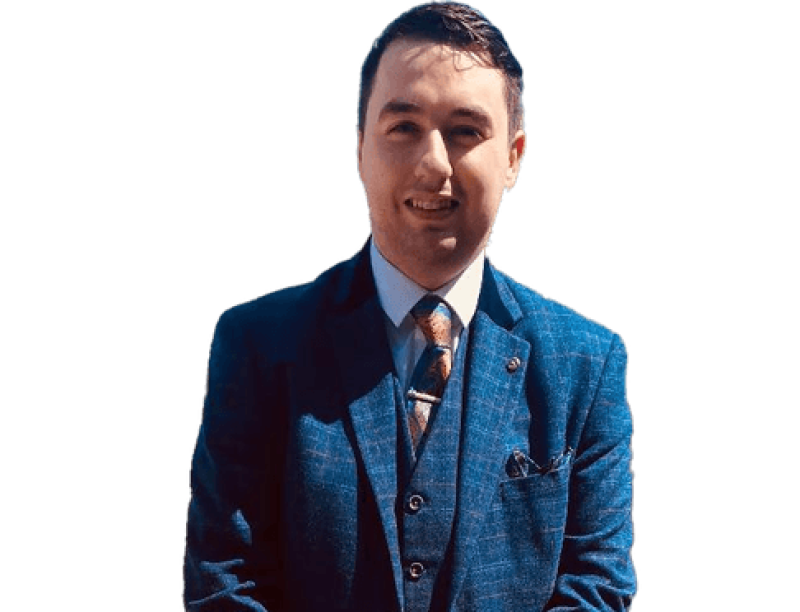 A County Derry man who has just published his first book of poetry has revealed that the sudden death of a close friend was the inspiration behind the publication.

Caolán McAleese's book entitled 'Selected Poems' features poetry which the 24 year-old has written over the past 18 months.

Caolán says his work in the book, which is now available to purchase as a paperback or an eBook, is heavily influenced by Bellaghy, where he lives.

However he says the loss of a friend is what really drove him on to pursue his dreams of publishing his work.

Caolán says in the aftermath of his loss he realised that writing gave him a 'sense of healing'.

“After the sudden death of a dear friend I thought I should just go for it. I penned a poem as a tribute to an old friend which was warmly received by his family and many friends. It was with the warm reception of that poem and people telling me to release a book which helped me take the final steps to publication. Through a terrible loss came this first book,” said Caolán.

The book contains 26 poems – written from the beginning of the first lockdown until recently – however Caolán says the book is only 'a sample' of his work with plans afoot to publish more in the near future.

“I find writing to be a very personal and soothing process. I’ve often found it easier to pen my thoughts and feelings rather than to say them. So there is definitely a sense of healing to be found in the process. I love to see my poems helping others deal with their own issues, from grief to their mental health. If I can write one poem to make someone smile, well I’m doing something right.”

While the former pupil of St John Bosco's in Ballynease and St Conor's College in Clady says he finds writing to be a 'very personal and soothing process', it wasn't always that way.

“While I’ve always been a creative person, I didn’t enjoy poetry at school,” he revealed.

While a lot of the south Derry man's inspiration comes from his homeplace of Bellaghy, he says he says a lot of his poetry comes to him when he least expects it.

“Many poets will tell you the difficulty in sitting down to write a poem on something in particular. It’s hard to force a poem, you have to let it come to you. I find that small lines will come to me when I least expect it. Then it’s a matter of jotting these lines down and building a poem from there. It’s a difficult process but I love the end result,” said Caolán.

“In relation to mental health, poetry is a great tool. It’s a private healer for me. Just myself with a notepad and pen scribbling down my thoughts and feelings. I would argue anyone in a similar situation to pick up a pen themselves. It’s the best and cheapest therapy available.”

For many writers, seeing their work in print for the first time gives them a real thrill and for Caolán it was no different.

“It was an amazing feeling,” recalled Caolán.

“Holding in my hands my first book after many months work was by far one of my proudest moments in life since graduating from university.

“I’m blessed to have such a supportive family and group of friends. Over this past few months especially they’ve been there for me, during thick and thin. I am eternally grateful for all that they do for me.”

'Selected Poetry' is available to purchase now on Amazon.co.uk.