The Oakleafers will face Offaly at Croke Park on Saturday 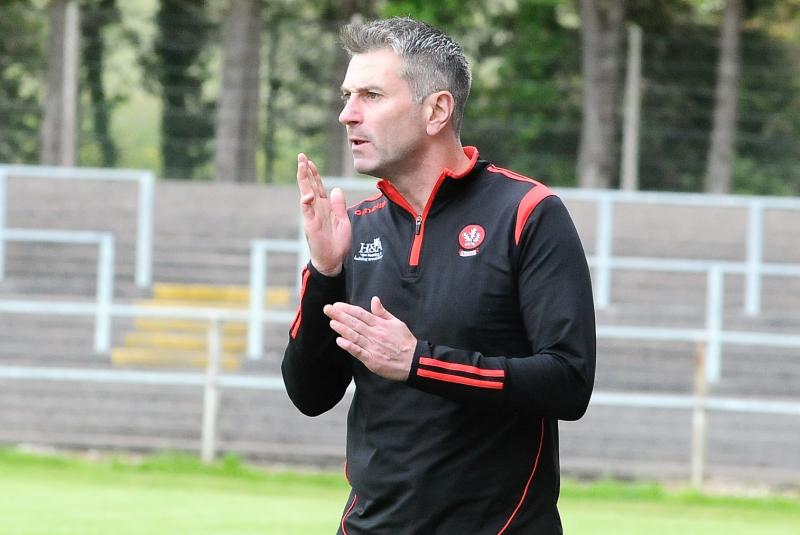 Rory Gallagher wants Derry to get the 'absolute maximum' from Saturday's NFL Division 3 Final against Offaly at Croke Park (5.00).

With Offaly down to play Louth in the Leinster SFC eight days later, there was an assumption that should the Faithful County qualify for the final, they would forego playing a league final safe in the knowledge that Division 2 football was secured for 2022.

“Once they (Offaly) said they wanted to play, we had to play it, but it is no problem and we are delighted to get a run out on Croke Park,” Gallagher told the County Derry Post

With time to digest Derry reaching their goal of promotion, Gallagher said the most important thing was playing football a higher level. While there was 'relief' to get the job done, he always felt Derry had the talent to gain promotion.

“It is great for the the players,” he said. “They have been through a hard enough time with the criticism that you get for a couple of years with going to Division 4.

“When you look at it coldly, looking at the quality of players that I feel we have and with Conor (Glass) back home and Gareth (McKinless) coming back into the squad, and having the bulk of them fit, I would've expected us to do it,” he admitted.

Looking ahead to Saturday's clash with John Maughan's side, the Derry boss insists that keeping his side's momentum going is important after four successive wins and it's about getting a performance on Saturday.

“We want to get the absolute maximum out of it,” he said. “We want to improve on areas and we want to win the game.”

Speaking after the Limerick game, he pointed to their inability to stop Limerick's short kick-out strategy and their wastefulness in the first have as elements to improve on.

Of the 25 players to play during the league, 16 players started games with 13 of them selected in all four starting line-ups. Gallagher indicated that he will be considering those 'very close' the team in their selection permeations this week.

“With the nature of the (shorter) season this year, we didn't take a lot of risks in our selection. There are a few players we feel have been at a really good level in our training coming up to the start of the year.”

“Jack Doherty, Oisin McWilliams and Clucky (Conor McCluskey), until he got the injury, there is nothing between them and some of the players playing in their positions.

“They were unlucky and these are the type of players we are looking at (as well as) Niall Toner and Ben McCarron possibly, so we will use it at is as chance to get a look at two or three of them from the start.”