Work has started to re-surface a busy road in a County Derry village. 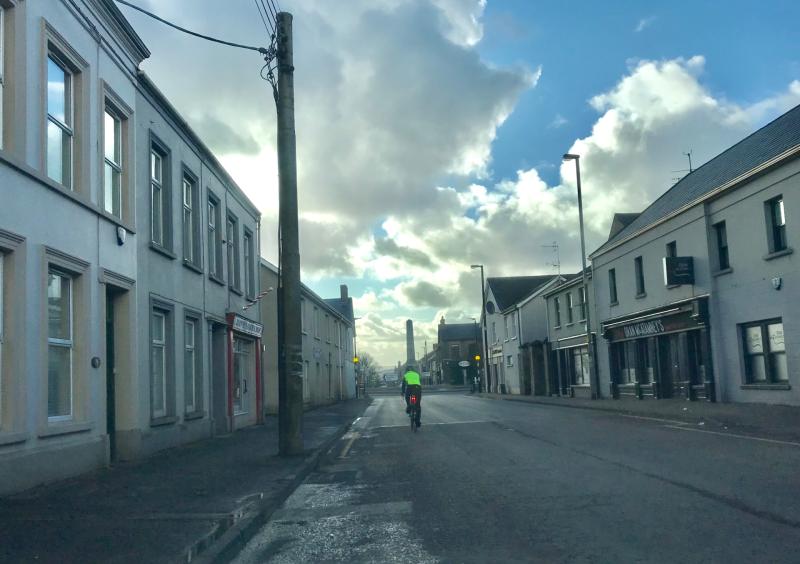 Work to repair Bridge Street in Kilrea started at the weekend.

Work has started to re-surface a busy road in a County Derry village.

Local people have been complaining about the state of Bridge Street in Kilrea for some time.

The condition of the road deteriorated further during the winter months.

However, work started on repairs to the road at the weekend and the work is scheduled to continue in the coming weeks.
Local Sinn Féin councillor for the area, Sean Bateson, has welcomed the works.

“This is an issue which had been ongoing for a considerable number of months,” he said.

“The state of the road on Bridge Street had deteriorated quite considerably due to the large volume of traffic on the road coupled with the bad weather over the winter period.

“Having lobbied and been in contact with DFI roads on this issue numerous times, it’s very much welcoming that they brought the resurfacing of the most severe part of the road forward from their initial summer schedule.

“Thanks has to go to DFI roads for recognising the severity of the street and completing the works sooner than planned.

“I know from speaking to many local people that they will be delighted that this is the case. The full resurfacing will still be completed in the summer.”

“I have been in contact with the Department for Infrastructure many times since my election last year and have raised the condition and traffic congestion on Bridge Street many times. Many local residents have also contacted me about the sorry state of the street,” she said.

“One of the principal problems with Bridge Street is the drainage system beneath the road surface and it has regrettably caused most remedial work to date to be temporary.

“I have been in direct contact with our Minister for Infrastructure, Nichola Mallon, and she understands that the rural roads network is an important lifeline for local communities and is absolutely essential for the success of our rural economy.

“I thank Minister Mallon and the Department for Infrastructure staff for the work they carried out last weekend and look forward to further communication regarding a fuller, and more extensive resurfacing of the street that has been scheduled for the summer months.”