Two friends from County Derry are planning a hair-raising abseil down the side of Belfast City Hospital to raise money for a cancer charity. 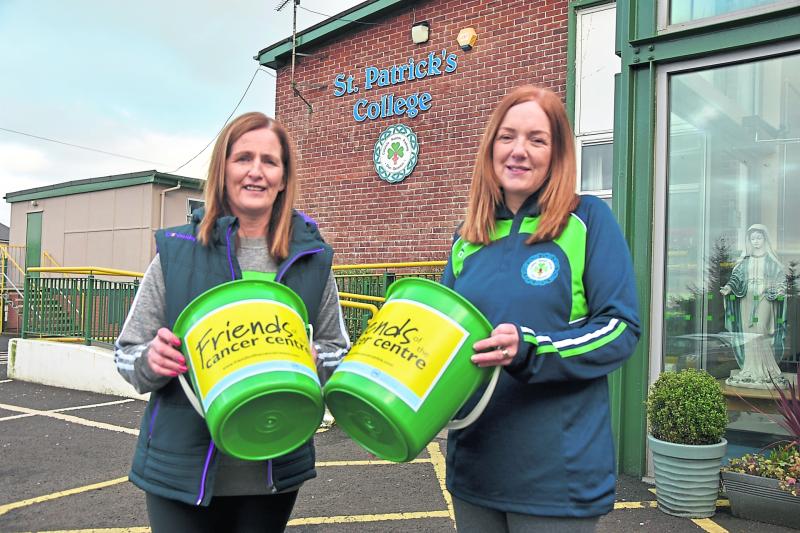 Sandra O'Donnell and Sharon McElhinney will take on an abseil challenge to raise funds for the Friends Of Cancer Centre on April 4.

Two friends from County Derry are planning a hair-raising abseil down the side of Belfast City Hospital to raise money for a cancer charity.

Sharon McElhinney and Sandra O’Donnell, from Dungiven, will take a leap of faith on the first weekend of April to raise money for the Friends of the Cancer Centre.

“I’m nervous about it, but we’re doing it for a good cause.”

Sharon is keen to give something back to the charity that were so helpful following the death of her husband, Liam, five years ago.

“I’m doing it is because my husband was in the City Hospital and he actually died in the Cancer Centre.

“I’m want to give back because I had first-hand experience of how good they were.

“They have a desk set up on the bottom floor so you can have a chat to someone. On the wards they provide tea, coffee and magazines.

“I had a wee room I could have slept in if need be. They have a lot of extra things that you wouldn’t normally have for families that are up there quite a bit.”

“That they were there to chat to you was the main thing, especially in Belfast because you can be a bit isolated. The money can be spread between it and Derry, so it’ll go to benefit local people.”

Both women work at St Patrick’s College, Dungiven, where Sandra is a cleaner and Sharon a SEN assistant. They said the school has backed them since the fundraising began.

“The school have been very supportive. They held a non-uniform day just before Christmas and we’re getting some proceeds from a run in January.

Hopeful
Sharon and Sandra are hopeful that continued support for the charity will sustain the improvement in cancer services over the last few decades.

Sandra said: “I lost my mother and father four months apart and my first husband 30 years ago to cancer.

“Things have changed a lot – back then you were on your own. Nobody talked about it.”

This is not the only fundraising drive the two friends have run and they have both taken an active role in promoting and supporting the services that helped them.

Sharon said: “We did a sponsored walk, which was Sandra’s idea, the year my husband died and we presented the Cancer Centre with a painting of Benbradagh, so it’s up there now.

“The walk involved the community, whereas now I wanted to do something I didn’t have to ask others to do with us, something we could do ourselves and they could donate.”

To donate to Sharon and Sandra’s effort, visit their Just Giving page at https://www.justgiving.com/fundraising/Sharon-McElhinney.