Pupils and their families from Gaelscoil Neachtain and Naiscoil Neachtain Dungiven recently took part in a photography competition where the focus was about living in harmony with the environment, called Taiscí na Tuaithe (Treasures of the Countryside). 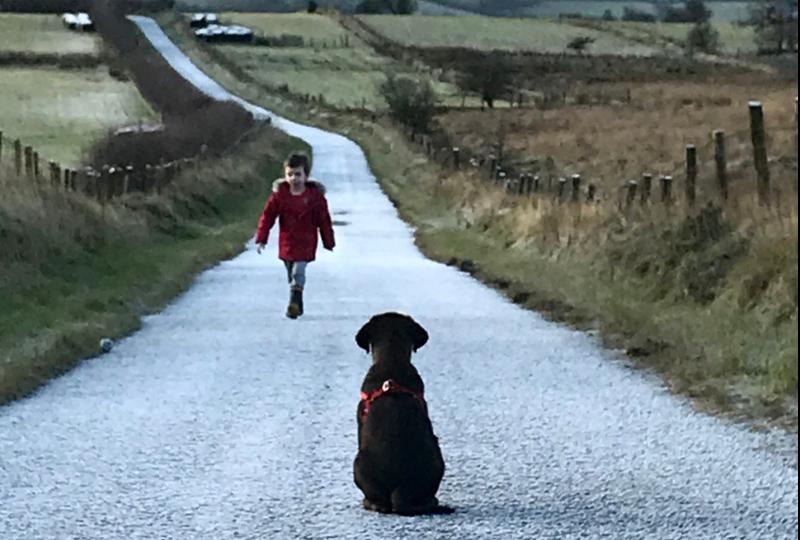 The image named Waiting For Adam was the overall winner of the Taiscí na Tuaithe competition organised by Gaelscoil Neachtain and Naiscoil Neactain, depicting Ruby the loyal family dog waiting

Pupils and their families from Gaelscoil Neachtain and Naiscoil Neachtain Dungiven recently took part in a photography competition where the focus was about living in harmony with the environment, called Taiscí na Tuaithe (Treasures of the Countryside).

By bringing a practical element to the learning about the environment the schools wanted to foster a child/parent relationship where both would take time to stop, look at the beauty of the countryside around them, and try and depict that best in a photograph. 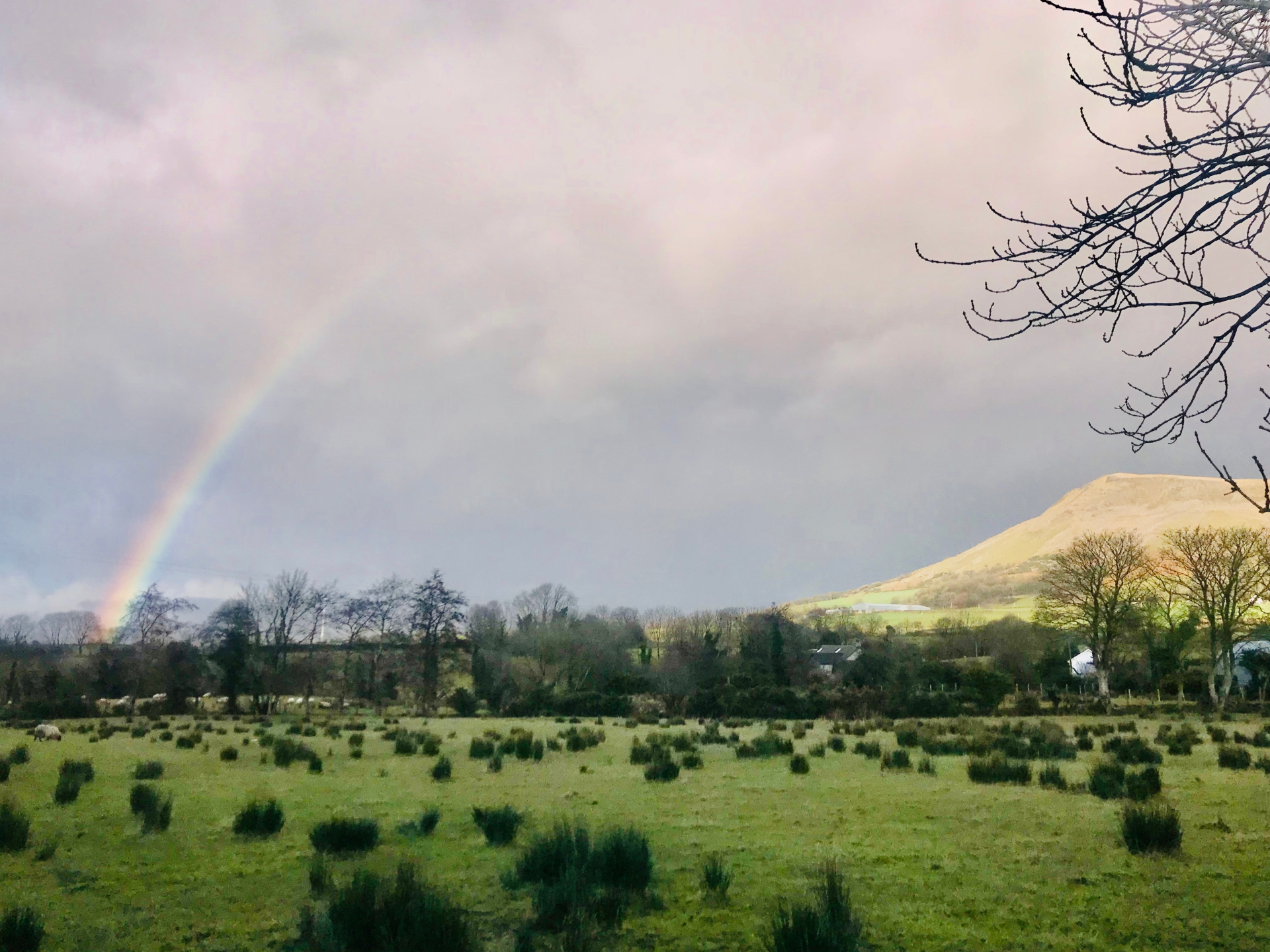 Quinn from Naiscoil Neachtain was the youngest prize winner, claiming third palce in the Taiscí na Tuaithe competition for his Rainbow on Benbradagh entry.

The families were out in force taking photographs on their phones and cameras and submitted their entries for evaluation by the County Derry Post photographer, Mary K Burke.

There were a large number of entries from a wide range of perspectives and the judging was difficult.

Impressed
“I was so impressed with the standard of entries for this competition.

“The girls and boys, and indeed their parents all did so well, and it was difficult to pick a winner!”, said Mrs. Burke.

“In the end I had to pick three, two runners up and an eventual winner, but all of the girls and boys can be very proud of the work they submitted, and I’m sure the staff at both the Gaelscoil and Naiscoil are very proud of their pupils.”

The three winners all enjoyed their prize of a large Easter Egg each, with first place also winning a gift voucher for Silky’s restaurant. 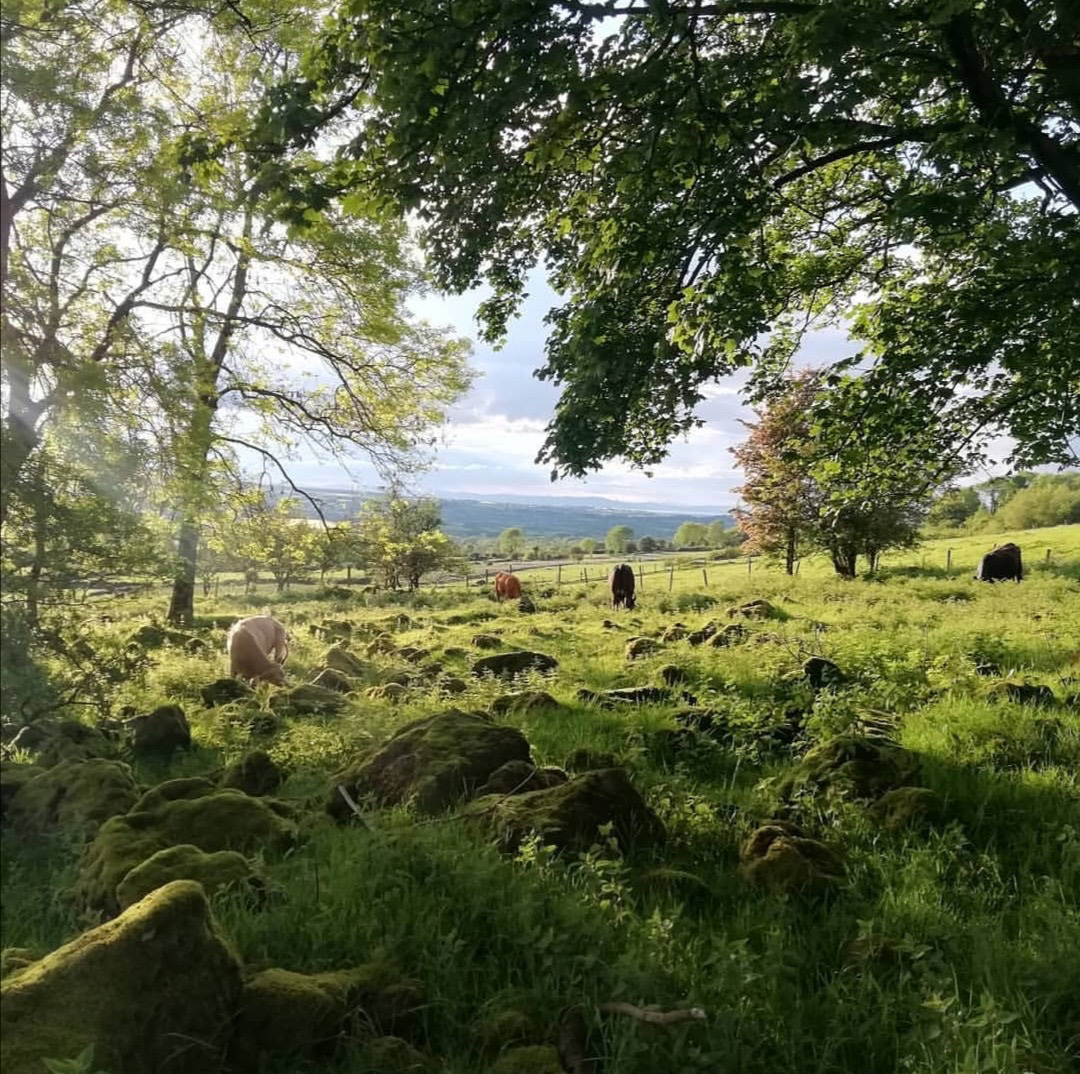 Rónan and Hannah won second place in the Taiscí na Tuaithe competition for their shafts of sunlight photograph taken on farmland near Legavallon.