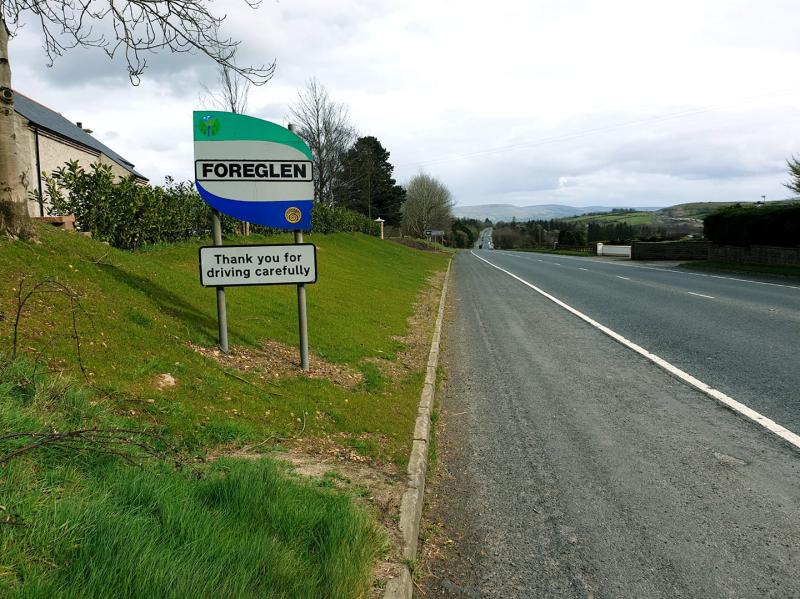 Foreglen Development Group submitted the petition to Causeway Coast and Glens Borough Council in December 2019 and the council have now begun their consultation process.

A positive return rate of 60% is required if the council is to provide local signage in both Irish and English.

He said: “After you send the petition, the council sends out letters and we need 60% of the letters back before they’ll put up the signs.

“The letters should be going out now if they’re not already out. We had to do a petition first to make sure that everybody wanted it on their street, estate or road.”

“We have the names for all the sites – the only one we didn’t get was the Foreglen Road because of the length of it! We just did around Foreglen and Muldonagh.”

Mr McCloskey said the people in the village have shown an interest in Irish and are keen to see it developed in Foreglen.

He said: “People have been coming to me saying they would like to see Irish classes.

“It’s something that they’re into and people have been speaking to me from all walks of life. It’s about having that option.

“I think it’s a good thing and hopefully, if we can get classes up and running, it’s something that could really take off.”

Local MLA Kathleen McGurk has been supportive of the plan and is confident it will improve the area.

She said: “Quite a few areas of Foreglen didn’t even have signage.

“This will harmonise the whole area, get some nice new signs in and the residents were keen to get them in Irish as well.

“It’s a small, close-knit community with a lot of Irish roots and the people would be keen. The council have been undertaking village planning of the smaller settlements within the area.

“They asked communities to put together wishlists that they would like to see and that was one of them – the Irish signs.”