Making a difference to our young people

A County Derry student has spoken of how a charity has been helping to celebrate the talents of young people in care. 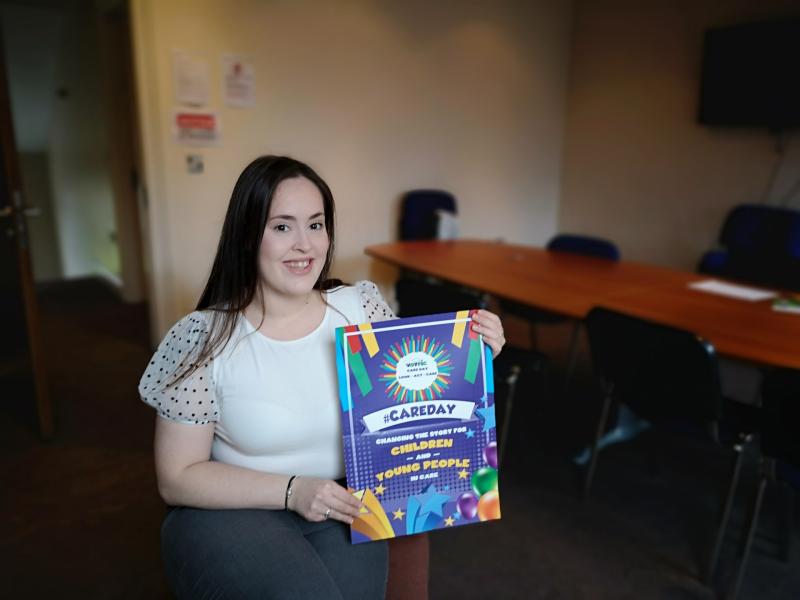 Aoife Clarke is using her own experiences to help young people in her role with VOYPIC.

A County Derry student has spoken of how a charity has been helping to celebrate the talents of young people in care.

Voice of Young People in Care (VOYPIC) hosted its fifth ever Care Day at Belfast’s Waterfront Hall on Friday, February 21.

The ‘This is Me’ concert celebrated young people who are involved with VOYPIC and gives them an outlet for their talents.

Aoife Clarke, from Ballykelly, is an Engagement Ambassador for VOYPIC and told the County Derry Post that the evening was a great success.

She said: “We had a few children singing the Bare Necessities and they had the whole crowd going.

“It’s a platform to highlight and show appreciation for the talents of these young people that might get bypassed in other areas.

“It gives them a chance to stand on that stage and show who they are. One young boy performed his own rap at the event.

“It was about being in care, his life at home and his feelings and emotions towards his social workers. Everyone in the room could relate to it.”

The 22-year-old credits the organisation with a great deal of her own success.

She said: “I became known to the organisation when I was about 16/17 and without them, I don’t think I would be where I am today.

“I grew up care experienced and lived on the edge of care my whole life but at 16, I was made homeless. I lived in Jefferson’s Court on Shipquay Street.

“That’s when I became known to VOYPIC, because I wasn’t getting what I was actually entitled to. If you are classified as a LAC, you are provided accommodation by social services.

“I wasn’t. I was completely overlooked.”

VOYPIC plays a crucial role in making sure that young people in care have access to the support and information they need to make informed decisions about their lives.

With offices in Derry, Belfast, Ballymena and Lurgan, another aspect of the charity’s work is filling gaps in the information available to young people in and on the edge of care.

Aoife says it is easy for some young people to slip through the cracks.

“A lot of young people living on the edge of care can easily fly under the radar and I don’t think information is publicised enough for them to know what they’re entitled to.

“I had a really bad experience with the teachers in secondary school because they just didn’t get it at all. It’s hard to expect people to get it if they’ve never received any training.”

Aoife is currently in her final year of a psychology degree at Ulster University in Coleraine and, in her role with VOYPIC, is determined to make a difference to those currently re-living her experience.

“A lot of the students I’ve interviewed indicated they weren’t aware of the support available to them – we want to change that.”